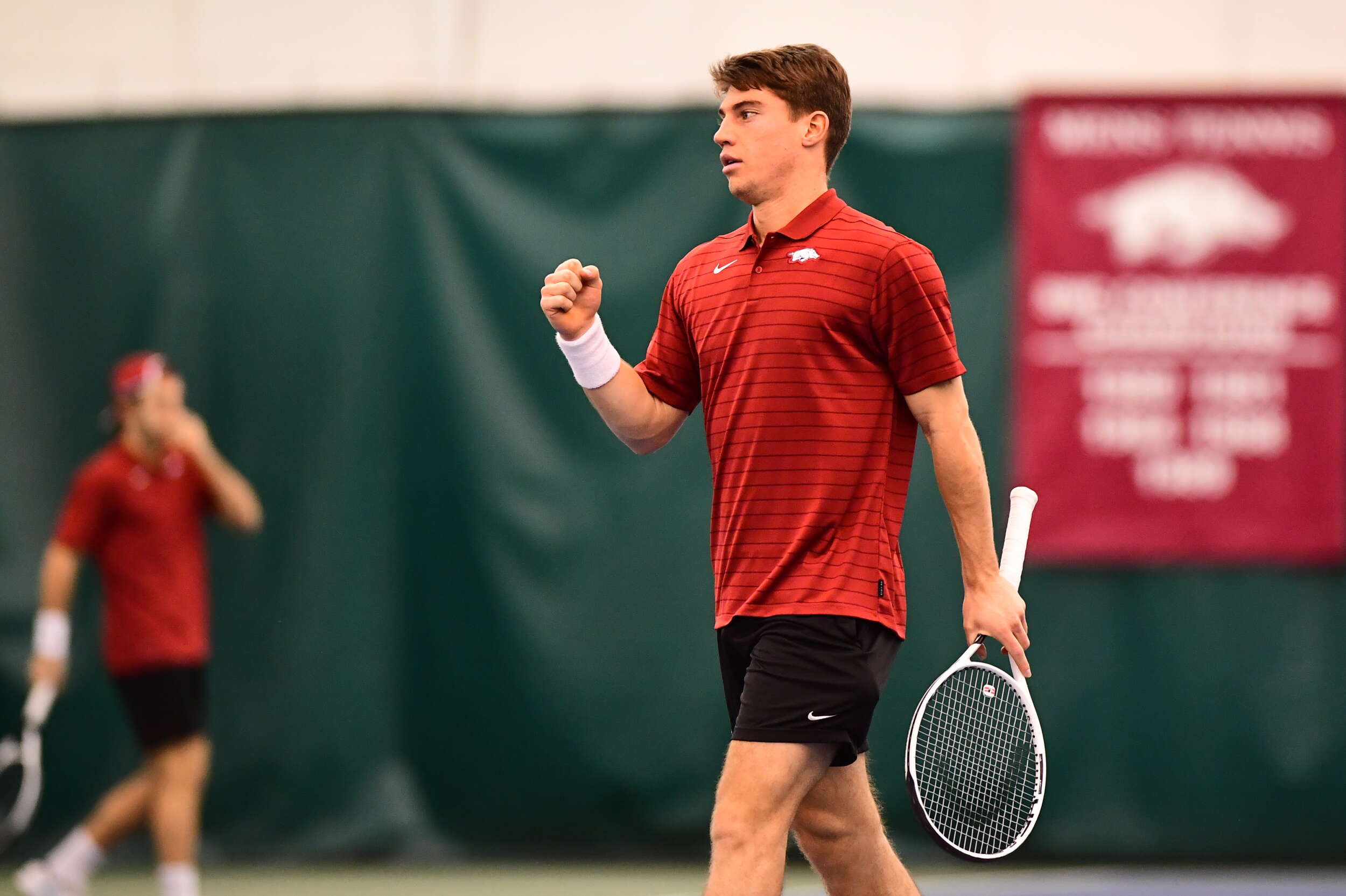 Arkansas Takes Down Alabama on Day Two of ITA Kickoff, 4-0

STARKVILLE, Miss. – Razorback Men’s Tennis (6-1) rebounded from a loss to No. 21 Mississippi State on Saturday with a 4-0 sweep over the Alabama Crimson Tide (2-3) on Sunday afternoon on day two of the ITA Indoor Kickoff Weekend. The Hogs improved to 6-1, matching their best start to a spring in the last seven seasons.

“Today was a good bounce back win for the team,” Head Coach Andy Jackson said. “Our players are growing, and it was a great experience for us this weekend – a real SEC weekend that will help us as we work to be ready for the SEC season.”

Arkansas came back from being down early, winning the doubles matches in the number two and three positions to clinch the doubles point. The Razorback teams of Hunter Harrison/Jake Sweeney and No. 36 Adrien Burdet/Melvin Manuel both won their sets in a tiebreaker, giving the Hogs the advantage heading into singles.

Sophomore Adrien Burdet wasted no time putting the Hogs ahead in singles action, closing out the first set in just over 30 minutes, 6-1. The Swiss-native closed out the match by winning the second set 6-4, and Arkansas had a 2-0 lead over the Tide.

Soon after Burdet notched a win on court number four, Arkansas’ top pair of Alex Reco and Nico Rousset would finish the job, clinching their singles matches within minutes of each other and claiming the 4-0 win over SEC foe Alabama. Reco topped the No. 83-ranked player in the country, Filip Planinsek, 7-5, 6-4.

Arkansas avenged a 5-2 loss against Alabama from last season with the win on Sunday.

The Hogs have a week off before they travel to Norman, Oklahoma, to match up against the No. 22-ranked Oklahoma Sooners.