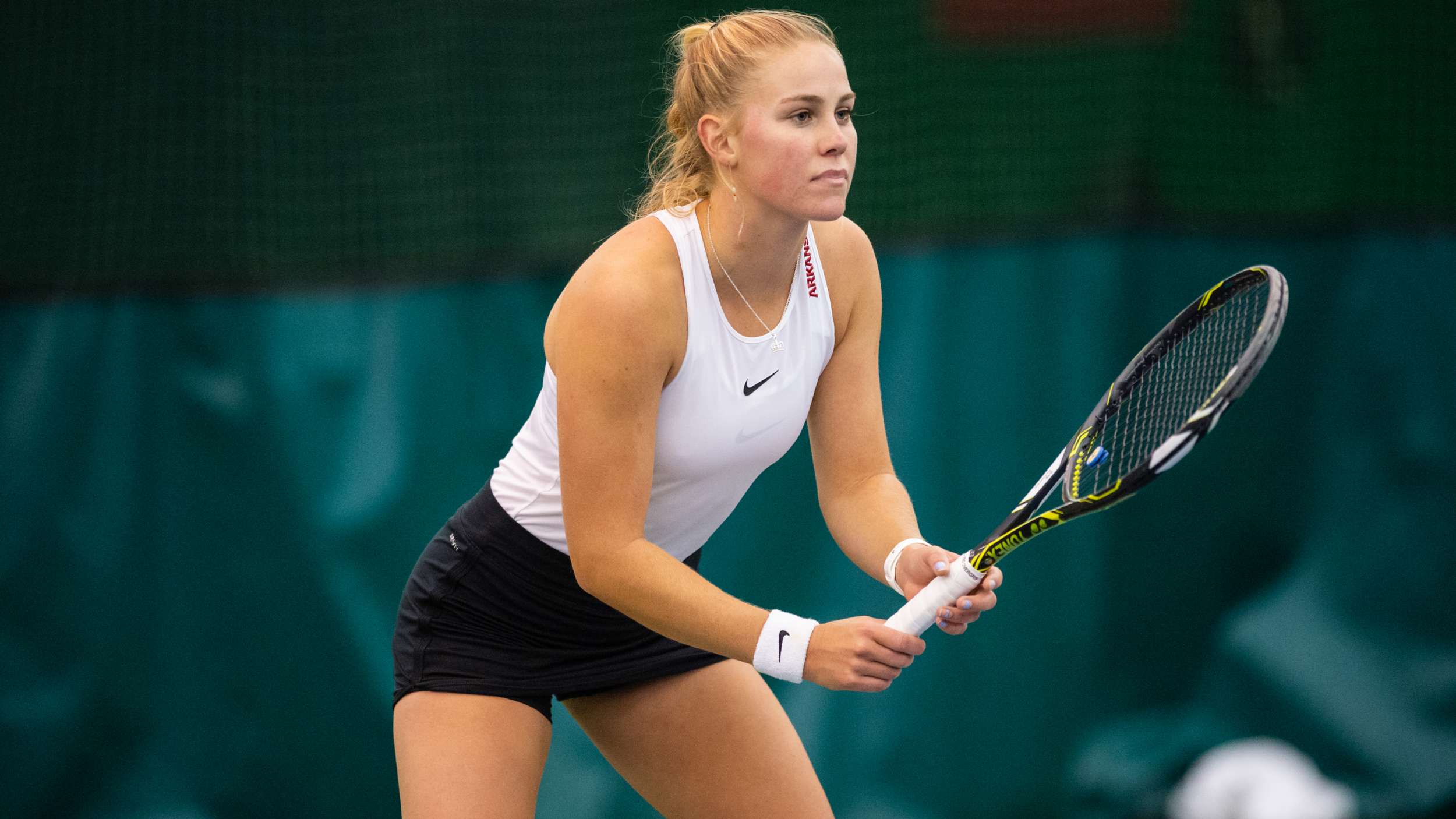 FAYETTEVILLE, Ark.- Arkansas women’s tennis will host No. 9 Oklahoma State and Oklahoma this weekend in the team’s final home matches before opening conference play in March.

The Hogs enter February play undefeated, going 6-0 overall and 4-0 at home. The team has swept five of its six matches, earning a 5-1 victory in the sixth.

Martina Zerulo, Laura Rijkers, and Tatum Rice lead the team in singles play, with each Razorback recording five wins. Rijkers has clinched back-to-back matches for Arkansas to lead the team.

Rice and Zerulo lead the team in doubles play, with both wins coming at the No. 1 position. Lauren Alter and Rijkers also have two wins, going 2-1 at the No. 2 position.

Friday’s match will be the 19th meeting in series history against Oklahoma State, with the Cowgirls holding a 15-3 series advantage over the Hogs. The teams met last season in a 4-2 loss for Arkansas in the Sooner State. The team is 4-1 this season, bringing a four-match win-streak to the Hill.

Sunday’s match against Oklahoma will be the 34th time in series history that the two teams will meet. The Hogs hold a 19-14 advantage over the Sooners, defeating the team 4-3 last year in Norman, Okla. Oklahoma is 3-1 heading into the match, falling at No. 2 Vanderbilt last weekend.