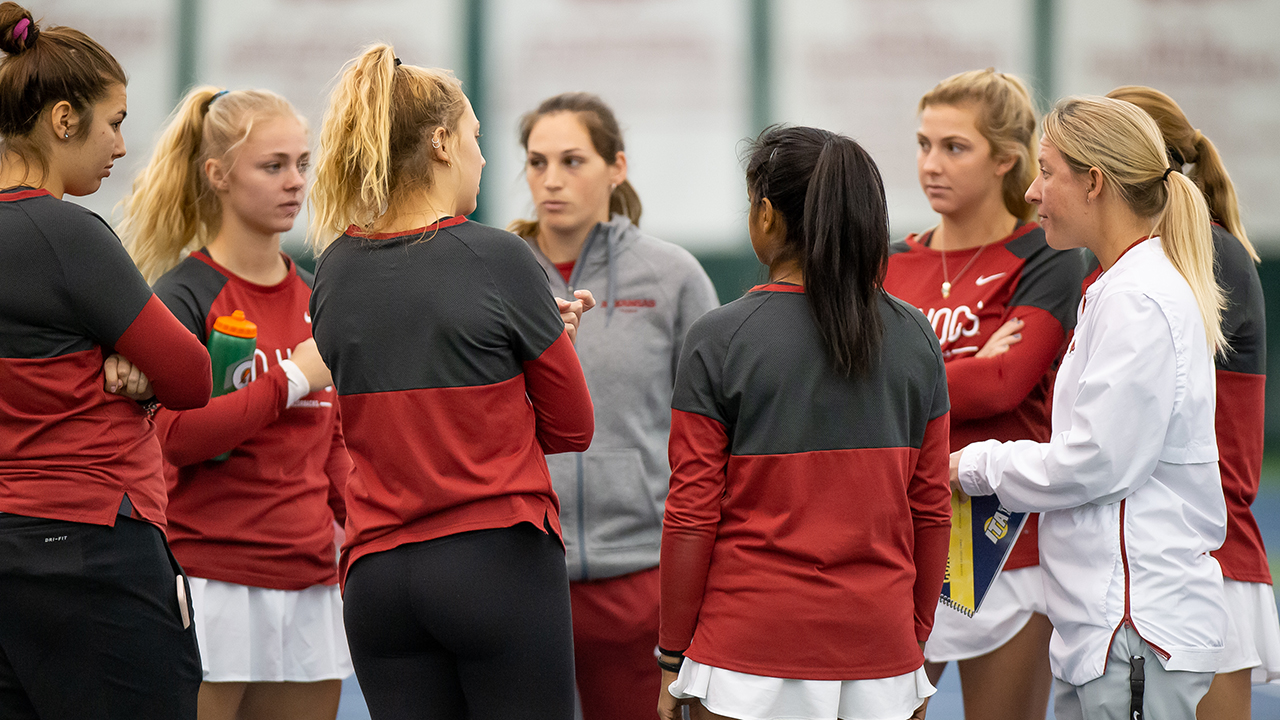 FAYETTEVILLE, Ark.- The No. 41 Arkansas women’s tennis team will open SEC play on the road this weekend, facing No. 25 Kentucky and No. 6 Vanderbilt.

The team nearly took the doubles point in the loss, with Jackie Carr and Laura Rijkers defeating No. 39 Maria Toran Ribas and Malkia Ngounoueat the No. 2 position. The victory was the Razorbacks’ first win over a ranked doubles pair of the season and the first time Carr and Rijkers have paired up in dual play.

No. 81 Tatum Rice continues to lead the team in singles play, going 7-2 primarily at the No. 2 position. Newcomers Rijkers and Miruna Tudor come in second place with five singles wins each, with sophomore Martina Zerulo rounding out the three-way tie.

The Wildcats are 10-1 this season and will host the Hogs on a five-match winning streak. This will be the 31st meeting between the teams, with Kentucky holding a 21-9 series advantage.

The Commodores are 5-3 entering the weekend, hosting Missouri Friday in their first match of the weekend. This will be the 32nd meeting between Arkansas and Vanderbilt, with Vanderbilt holding a 26-5 advantage.

First serve against Kentucky is set for 4 p.m. (CT) Friday afternoon, while Sunday’s match is scheduled for a 1 p.m. first serve on Sunday.