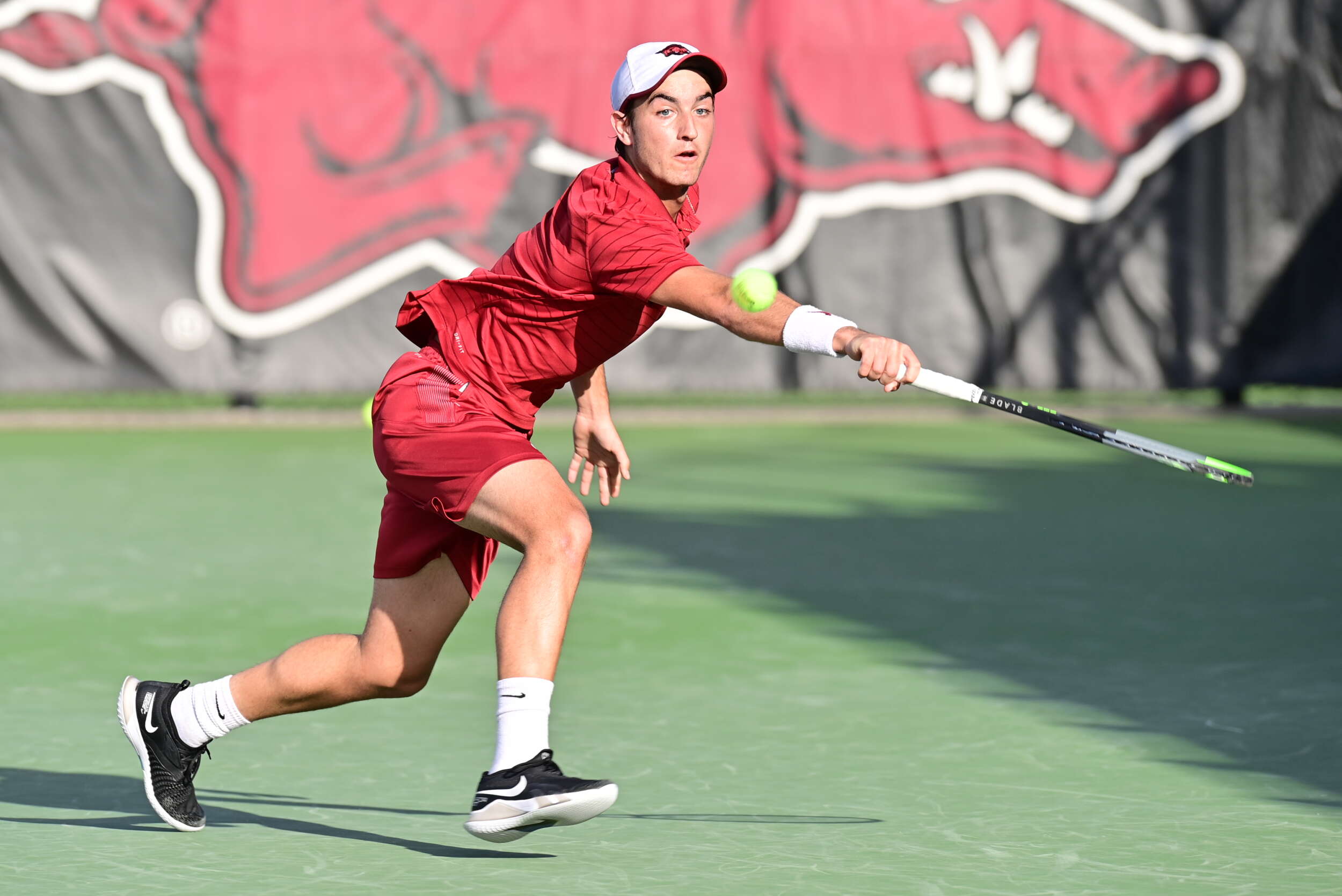 Arkansas Topped by No. 2 Florida at Home

FAYETTEVILLE, Ark. – The Razorback Men’s Tennis squad (10-9, 1-5) faced a tall task Friday when the Razorbacks welcomed the No. 2 Gators (15-2, 7-0) to the Billingsley Tennis Center, and the Hogs fell, 6-1. Florida was the preseason No. 1 team in the nation and has spent two weeks at the top spot in the polls this spring.

“Florida was too much,” Head Coach Andy Jackson said. “We got in some matches but did not have enough. We will work to be better on Sunday.”

Florida started the afternoon strong, claiming the doubles point. Arkansas answered in singles play as Oscar Pinto and Melvin Manuel both rallied to win their first sets. Pinto went on to finish off No. 98 Duarte Vale in straight sets, 6-3, 6-4, for the Razorbacks’ lone win of the day. It was Pinto’s first conference win of the season and fourth overall win.

No. 107 Alex Reco was pitted against the No. 1 player in the country, Ben Shelton, and the Razorback senior took Shelton to a first set tiebreaker, the set lasting almost an hour. It was neck-and-neck the whole way, but Shelton took it in the breaker, 8-6. The second set was tight as well, but a break of serve was all Shelton needed, finishing it off, 6-4 in the second.

Arkansas won’t have to wait long for redemption, as the No. 6 South Carolina Gamecocks are set to take on the Hogs in Fayetteville on Sunday. First serve is scheduled for 1 p.m.