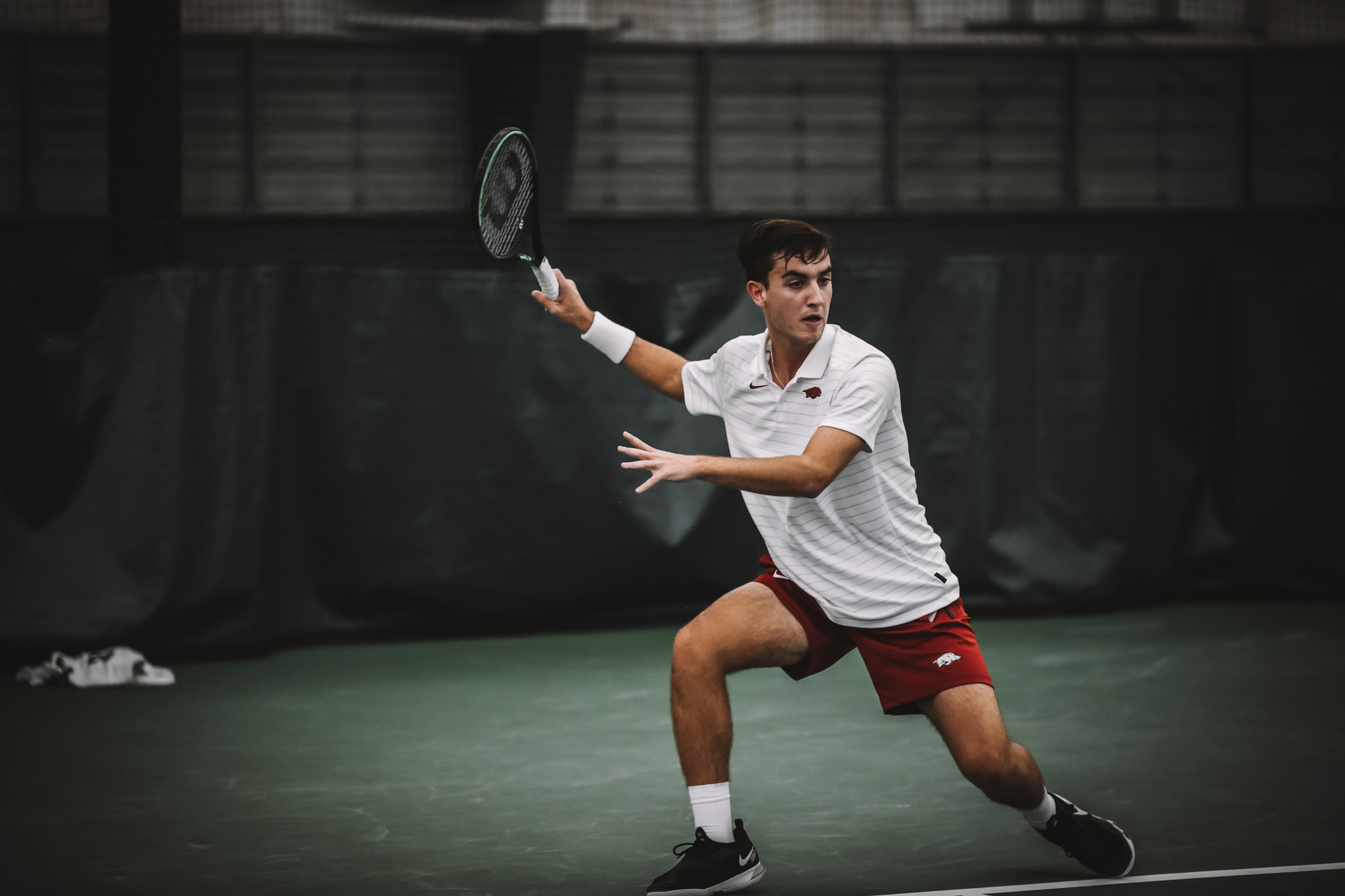 NORMAN, Okla. – Razorback Men’s Tennis (6-2) headed west to take on the No. 22 Oklahoma Sooners (8-1) Sunday afternoon, and the hometown Sooners handed Arkansas its second loss of the season, 5-2.

“We fought hard,” Head Coach Andy Jackson said. “OU played bigger and better. It’s better that we understand that, but we are disappointed that we didn’t play more aggressive, particularly in the doubles and a couple of singles.”

After getting off to a hot 6-1 start to the season, the Razorbacks were receiving votes for the ITA Collegiate Top 25 poll, making this a matchup between two top-30 teams in the country. The doubles lineup was indicative of the tight nature of the match, each set coming down to a couple of key points. Arkansas had a chance to break on court three, but lost a deciding point at deuce to surrender the doubles point to Oklahoma.

The No. 36 doubles pairing in the country, Arkansas’ Adrien Burdet and Melvin Manuel, won on court two, 6-4.

Nico Rousset and Melvin Manuel accounted for the Hogs’ two points on the day, winning their singles matches on courts three and six, respectively. Rousset won in a marathon, 6-3, 4-6, (11-9), and Manuel fought off Justin Schlageter in straight sets, 6-2, 6-3.

Alex Reco, ranked No. 102 in the country, was pitted against No. 31 Mason Beiler, and the two produced possibly the most entertaining match of the day, with Beiler inching out with the win in a third set tiebreaker, 7-5, 1-6, (11-9).

Adrien Burdet and Oscar Pinto were both bested by men ranked in the top 60, Burdet falling to No. 49 Mark Mandlik and Pinto losing to No. 54 Jordan Hasson. No. 25 Aleksa Bucan was topped by Alex Martinez on court two.

Arkansas will return home to face Drake on Friday night.

“Our next opponent, Drake, plays well indoors and they are aggressive,” Jackson said, “so we hope to do better in a similar situation next week.”