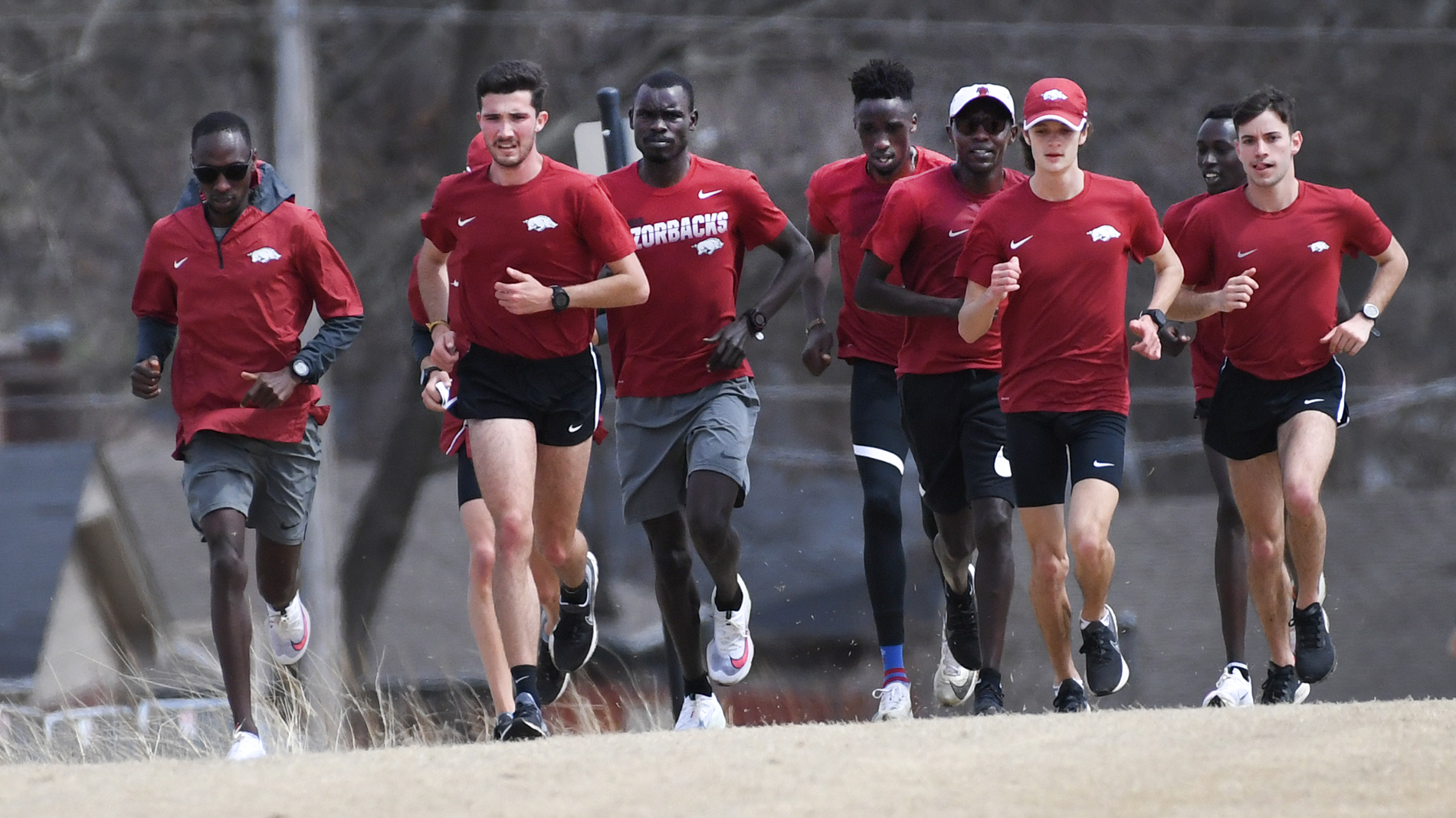 Arkansas transitions back to cross country for NCAA Championships

STILLWATER, Okla. – Just a couple of days from hosting and competing in the NCAA Indoor Championships, the Razorbacks transition to cross country mode for Monday’s national championship race on the Oklahoma State Cross Country Course.

“Our guys are in good spirits, we had a good trip over last night and got our covid testing out of the way on campus,” said Arkansas men’s head coach Chris Bucknam. “It looks like the rain has pushed through, things are drying out, and the guys are excited to run tomorrow.”

Back during the fall, the Razorbacks won three cross country meets and then captured the SEC team title. Racing in five indoor meets, Arkansas defended its SEC Indoor championship and then tied for seventh in the NCAA Indoor.

“We’re just running off of our fitness that we got this indoor season,” noted Bucknam. “When I look how those guys have performed, there are some All-Americans in the group and all-conference runners. Most of them had their personal best, whether it was the mile, 3k or 5k. So, they’re fit.

“It will be a different feel on their feet compared to a 200m banked track. So, we’ll see how it goes.”

The bulk of the Razorback distance crew established career best times from the mile through the 5,000m during the indoor campaign. On Monday, they will race 10,000m on a challenging course.

“We haven’t missed a bit since these guys came in during August,” noted Bucknam. “We explained to the kids we don’t race the course we race the athletes on the course. That’s what we have to focus on. It doesn’t matter if we are on the grass or the track, the fittest team will finish the highest. Hopefully, we’ll be one of those teams.

“We just had some tough racing over the past few days, but they look great, and I think they’re excited to run.”