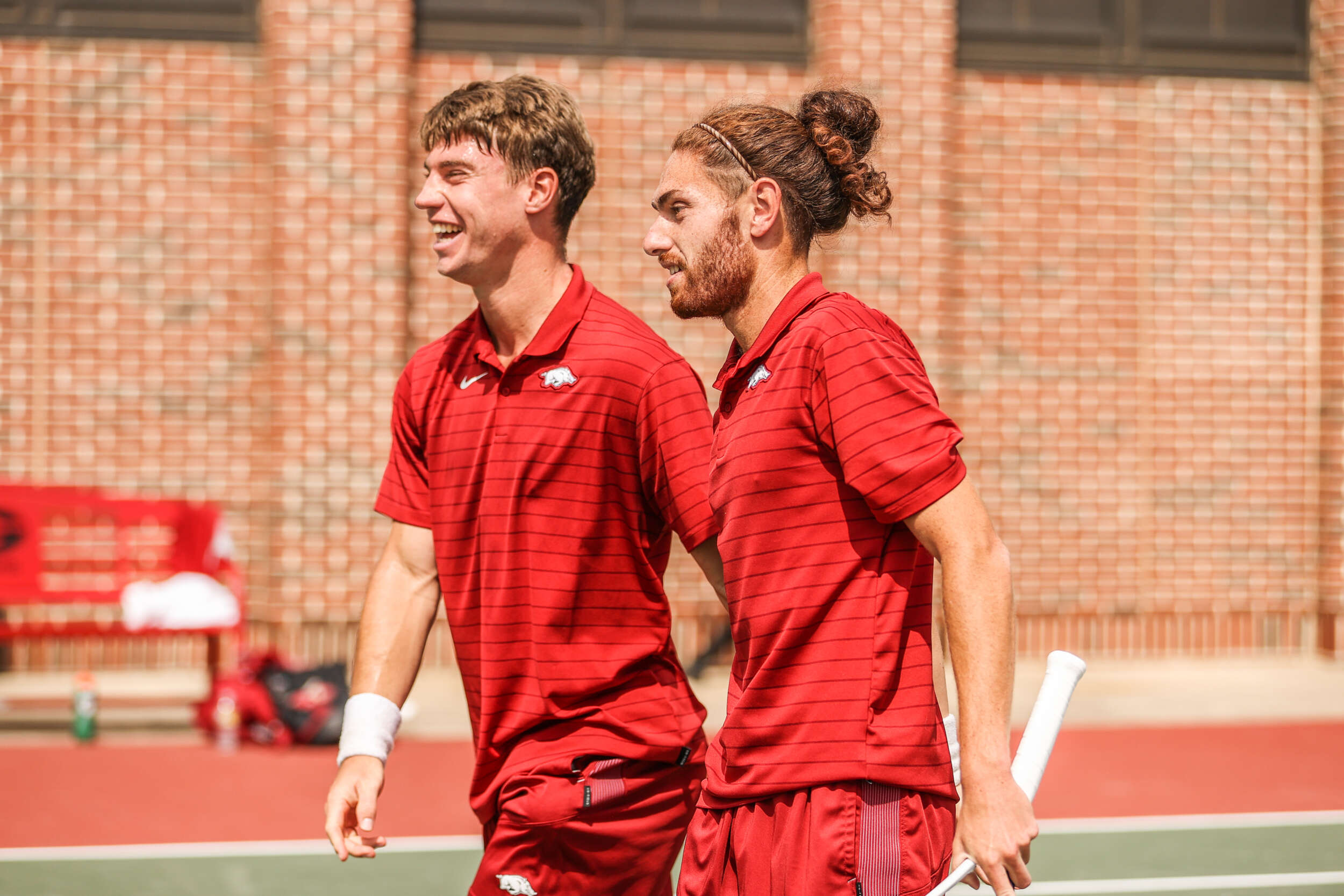 ATHENS, Ga. – Razorback Men’s Tennis is moving on to the second round of the SEC Tournament. The 11th-seeded Hogs took on the sixth-seeded and No. 21 overall Texas A&M Aggies on Thursday, and Arkansas handled A&M, winning 4-1.

The Hogs looked sharp from the start, claiming two out of three doubles sets to clinch the doubles point. No. 83 ranked Alex Reco/Nico Rousset proved why they entered the rankings this week with a 6-3 win over No. 14 Noah Schachter/Kenner Taylor. Then, it was Hunter Harrison and Jake Sweeney who prevailed on court three with a 6-4 win to get Arkansas on the board with the doubles point.

Arkansas continued the trend in singles, taking four out of six first sets. Razorbacks Adrien Burdet, Aleksa Bucan and Oscar Pinto all finished the job in straight sets, clinching the match at 4-1 and booking Arkansas’ spot in the quarterfinals.

Reco earned a hard-fought first set over Schachter, 7-5, The match was halted when Pinto clinched his match on court three.

“For me, it went pretty well. I played a very good match,” Reco said. “I didn’t get to finish my match, but I’m just proud of the whole team, very good for us.”

Jackson knew it was an important win for his squad.

“We look at it like we knew if we won, then we have a good chance to get in the NCAA, but if we lose, we’re out,” Jackson said. “We just thought, it’s a tournament match like it always is. You win, or you go home. Now, we get to play another tournament, the SEC tournament, against a great Kentucky team that we’re really excited to have a chance to compete against.”

Arkansas fell in a tight match to Kentucky earlier this year, 4-3, and will have a chance to avenge that loss on Friday.

“We are very excited to play Kentucky again,” Reco said.