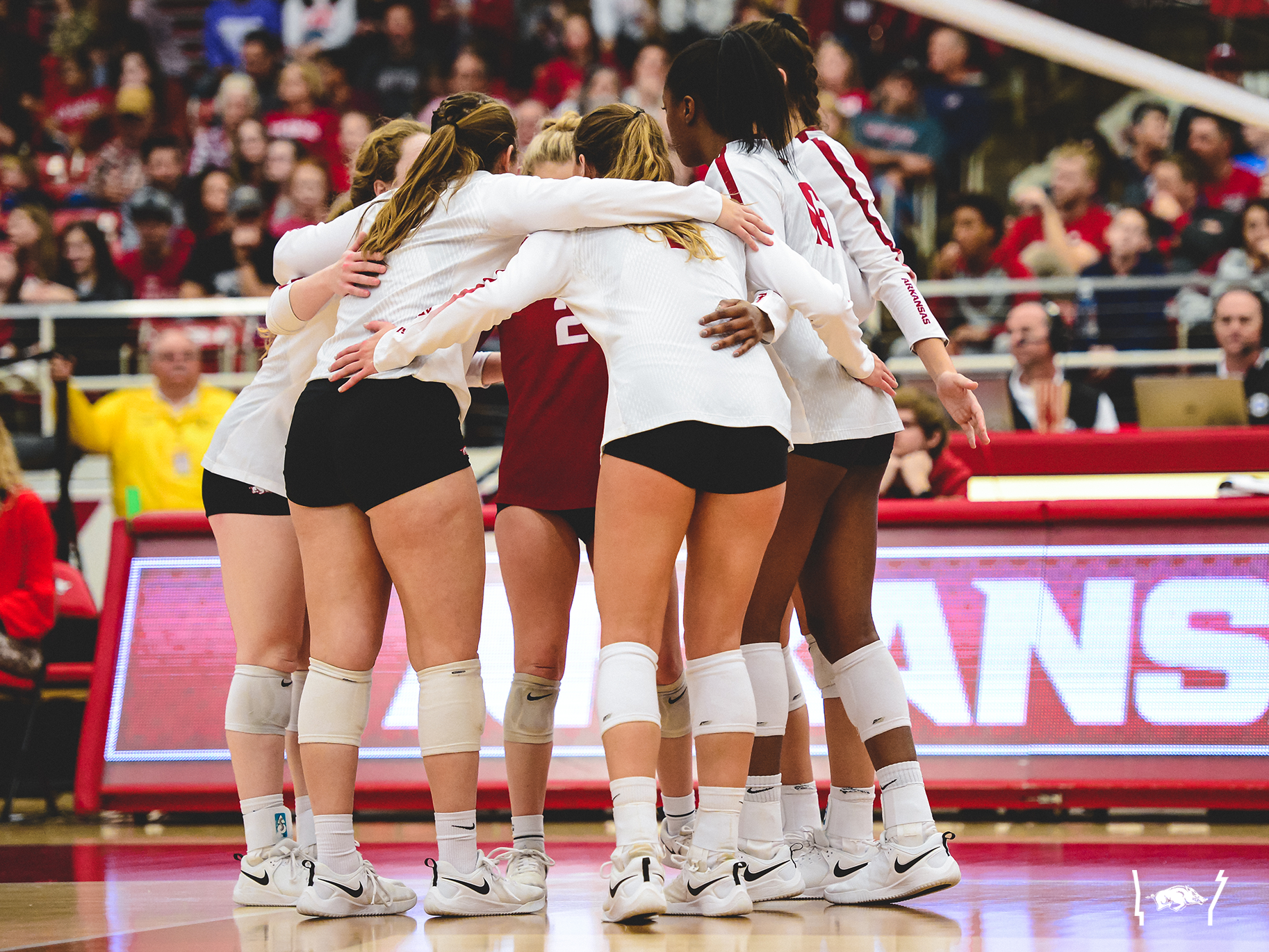 COLUMBIA, S.C. – The University of Arkansas volleyball team dropped its season finale on Friday evening in Columbia, S.C. The Razorbacks made a late run in the third set but couldn’t stifle a Gamecock offense on senior night as the Hogs fell, 3-0 (25-19, 25-18, 25-22).

HOW IT HAPPENED
Trailing 22-20 in the third set, freshman Jillian Gillen recorded her ninth kill of the night with the assist of senior Rachel Rippee. The successful attack brought Arkansas within one of South Carolina’s lead, but back-to-back points by the Gamecocks gave them just enough of an advantage to close things out, 25-22.

Arkansas kept things close early in the opening set and seemed to find its groove again late in the set, able to string together multiple points at a time, but South Carolina’s Mikayala Shields recorded her fifth kill of the first set to close out the 25-19 win for the Gamecocks.