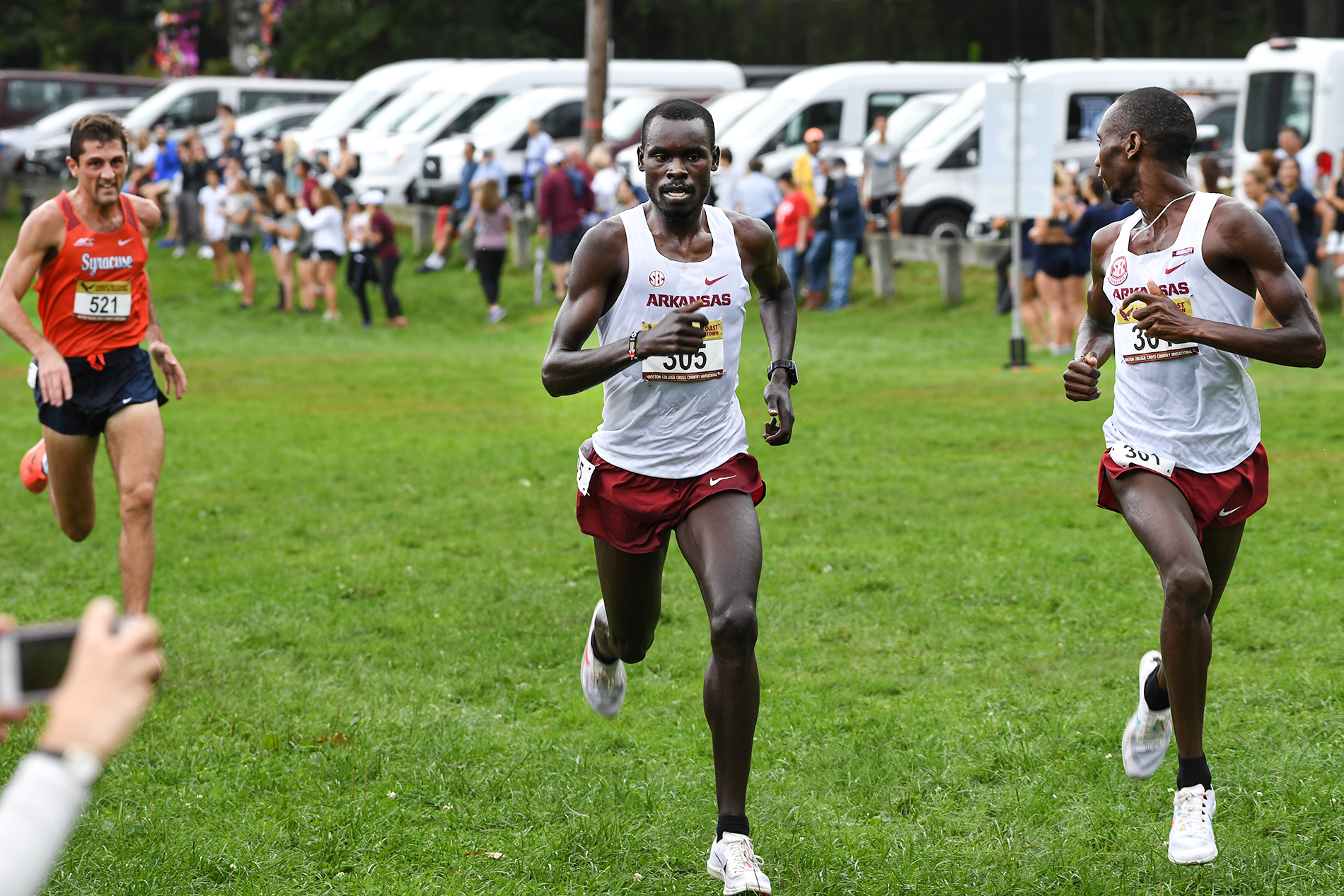 BOSTON, Mass. – Led by a 1-2 finish from Gilbert Boit and Amon Kemboi, the Razorbacks claimed the team title at the Coast-to-Coast Battle in Beantown, hosted by Boston College on Friday.

“The kids did a good job today, and just like the rest of the teams here we are in a heavy training cycle right now,” said Razorback men’s head coach Chris Bucknam. “Some of the guys felt it a little bit, but you kind of have to push through this time of the year and take the races when you can.”

Boit and Kemboi both clocked 24:07.4 on the 8,000m course at Franklin Park. Another pair of Razorbacks followed in fifth and sixth place with Emmanuel Cheboson running 24:13.0 and Andrew Kibet a step behind in 24:13.7, giving Arkansas 14 points among its first four finishers, compared to 38 for Syracuse and 56 for Duke.

“I think this is a good start for the team for this season,” stated Boit. “I think getting that win today is really nice for the team as we move forward to the next meets.

“It was really hard to get out fast in the first mile. We had to figure out how to get up front to control the race. That’s the deal, when you control the race you feel confident about it, especially when you have teammates there with you.”

Kemboi added: “It was a good race, we did the same thing as we do in our workouts. We kind of started from behind at the start, but we were able to move up at each kilometer until we were in the front.

“We tried to control the pace up front, to let some teammates catch up so we could work together towards the finish. Rather than racing for a time, running as a group was the plan.”

“We did a good job today, and I thought we got some things done,” noted Bucknam. “There were some great individual runners who were up in the top group racing against our guys. It felt like we had a great competition day and got the win.”

After the 5k point of the race the Razorbacks occupied first through fourth place. Then they withstood the pressure from Syracuse over the final stages of the race. The Orangemen had a pair of runners split up the Arkansas top four with Joe Dragon (24:09) and JP Trojan (24:12) finishing third and fourth to lead Syracuse.

Duke’s top four were separated by six places, 11th through 17th, as they finished 20 points behind Syracuse.

“Syracuse is a blue blood program,” stated Bucknam. “Those guys are going to race hard, especially against us. It’s like I told our team, Syracuse is the team to watch out for since they will be challenging us. It was a good challenge for us.”