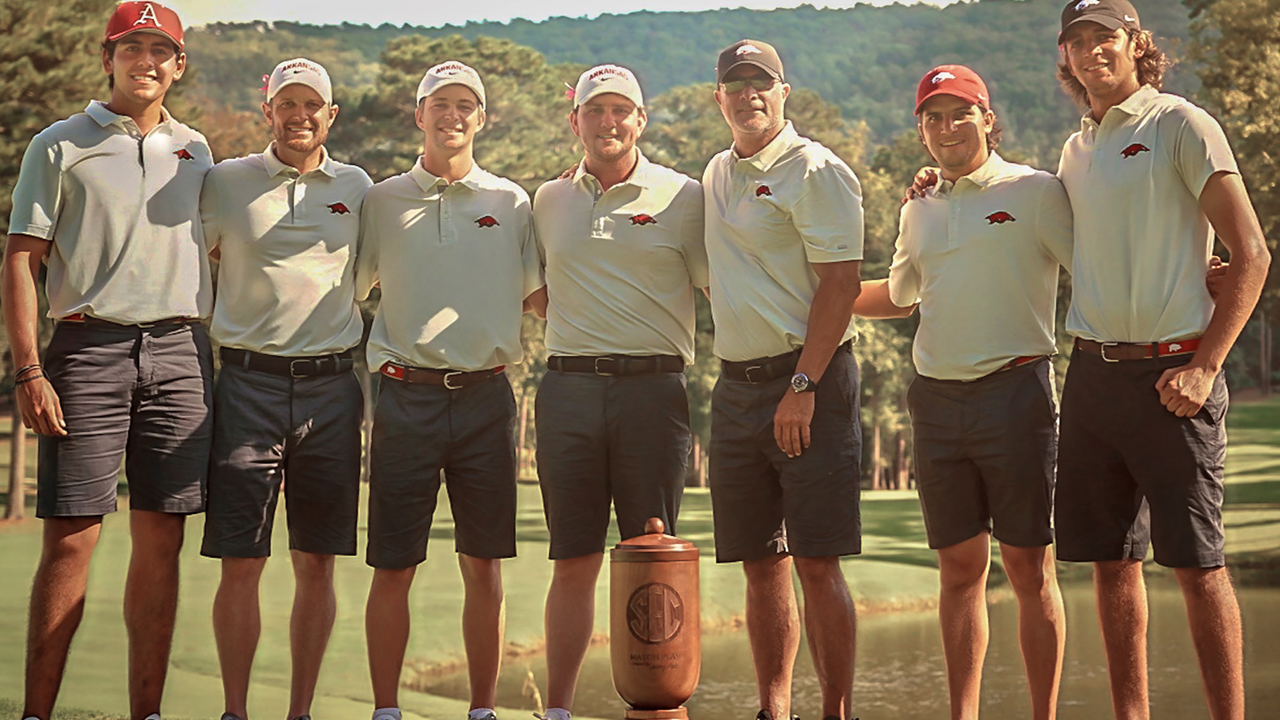 BIRMINGHAM, Ala. – Wil Gibson and Mateo Fernandez de Oliveira put two points on the board with 5&3 wins. Later, Luke Long, playing in the anchor spot, earned the third and decisive point with a 2&1 victory to give #3 Arkansas a 3-2 decision over #15 Vanderbilt in the inaugural SEC Match Play Championship hosted by Jerry Pate.

Arkansas was 4-0 in the event with successive wins over Mississippi State (3-2-0), Ole Miss (3-1-1), LSU (3-2-0) and Vanderbilt (3-2-0). The win is also Arkansas’ second straight team victory, winning the Blessings Collegiate Invitational last week. It marks the first time Arkansas won twice in one season since 2018-19 and the first time the Razorbacks won consecutive outings since the Spring of 2012.

“This week, we were able to carry over the momentum from our win at the Blessings collegiate,” said head coach Brad McMakin. “(Associate head coach) Barrett (Lais) and I were extremely proud of the effort of each player this week. They all performed at a high level. The quality of golf we played this week was nothing short of exceptional.”

Gibson gave Arkansas its first point with a convincing 5&3 win over Jackson Van Paris. Gibson won the first two holes and never looked back. Van Paris did cut his deficit in half by winning the fourth hole but Gibson answered by winning the three of the next five to take a 5-up lead through 10 holes. Van Paris got to with four twice, but Gibson answered each time to maintain the 5-up lead. The last answer by Gibson was a birdie on the 15th hole to close out the match.

Vanderbilt briefly took a 2-1 lead as Cole Sherwood and Michael Shears both claimed 4&2 wins over Juan Camilo Vesga and Segundo Oliva Pinto in matches 1 and 3. Will saddled with the loss in the final, both Vesga and Oliva Pinto were 3-1 in during the SEC Match Play. In fact, the loss today was Oliva Pinto’s first ever in match play in collegiate team competition as the senior was 3-0 in last spring’s SEC Championship.

In the final match on the course, Vandy’s Reid Davenport showed why he was an All-American, ranked #46 on the PGA Tour University list and #129 in the WAGR by winning holes two and three for a quick 2-up cushion. Long showed his resilience by winning holes four and five to square the match. Davenport regained the 2-up lead by winning the sixth and eighth holes. However, Long answered by winning four straight – holes 9, 10, 11 and 12 – to lead 2-up. Davenport briefly stopped the streak by winning the 13th hole to get to within one. The pair parred the 14th and Long won the 15th hole with a par to once again lead 2-up. The duo each posted pars on the 16th and 17th holes to give Long the 2&1 victory.

Up next, Arkansas once again quickly turns around and will close the fall portion of the schedule by co-hosting the inaugural Stephens Cup at the Alotian Club from Oct. 18-20. The made-for-TV event will be broadcast live on GOLF channel each day. 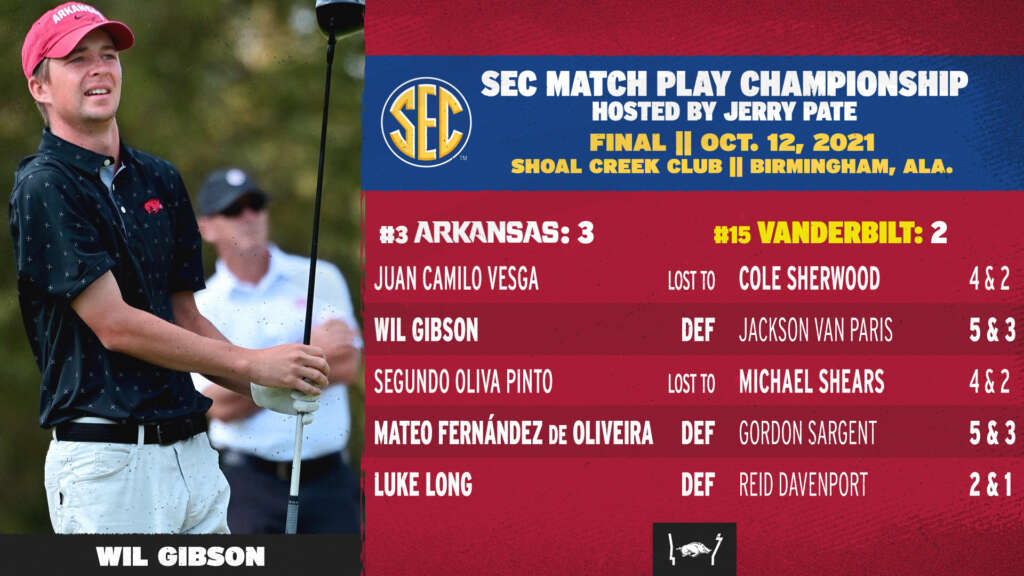