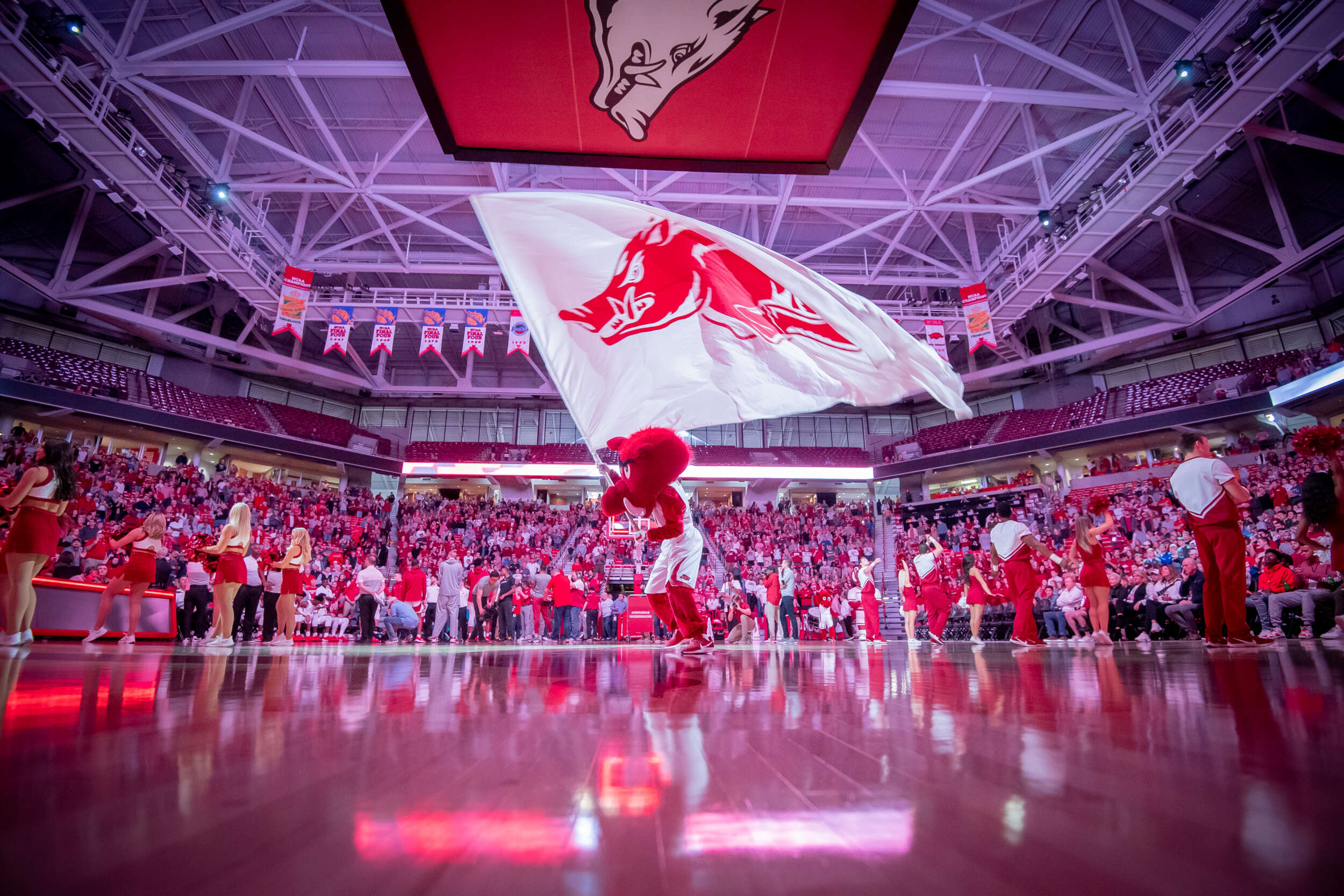 “As we all try to contain our anticipation for Coach Pittman and the Hogs as they kick off their new season this weekend, take a couple minutes to mark your calendars with our non-conference schedule!” Neighbors said. “In-state rivalry games, games against conference and national champions, and a rare Thanksgiving in our own kitchens. We believe this schedule will prepare and challenge our roster for SEC play and position us to be in the conversation for postseason success.”

Nine of Arkansas’ 13 non-conference games will take place within the confines of Bud Walton Arena, where the Hogs went 12-1 a season ago. Neighbors’ Hogs will play four games outside of Fayetteville, including a return trip to Simmons Bank Arena in December. The crown jewel of the Hogs’ 2021 non-conference schedule will also come on the road, as the rematch with UConn will take place either in Storrs or Hartford.

Following the home opener, the Hogs will host UAPB (Nov. 12), the last game of the season’s first homestand. After that, the Hogs will be on the road for two straight contests – they will head to the northeast to face mighty UConn (Nov. 14) before returning to the Natural State for a road showdown with Arkansas State (Nov. 19).

Neighbors’ squad will then return to The Hill, where the Hogs will play three straight home games. The Razorbacks will tangle with SMU (Nov. 22) for the second straight season, followed by home games against Sam Houston State (Nov. 27) and Belmont (Nov. 28).

The Hogs head out of state for the last time during the non-conference slate following the three-game homestand, as the team will head to Florida for a game against UCF (Dec. 2). Following that, the Hogs will play the final five games of the non-conference schedule in the Natural State. The Hogs will host Cal (Dec. 5), Jackson State (Dec. 9), Little Rock (Dec. 12) and Creighton (Dec. 21). The Hogs will also return to Simmons Bank Arena, where they will take on Central Arkansas (Dec. 18).

Tip times and TV designations will be announced at a later date, as will the full SEC slate.