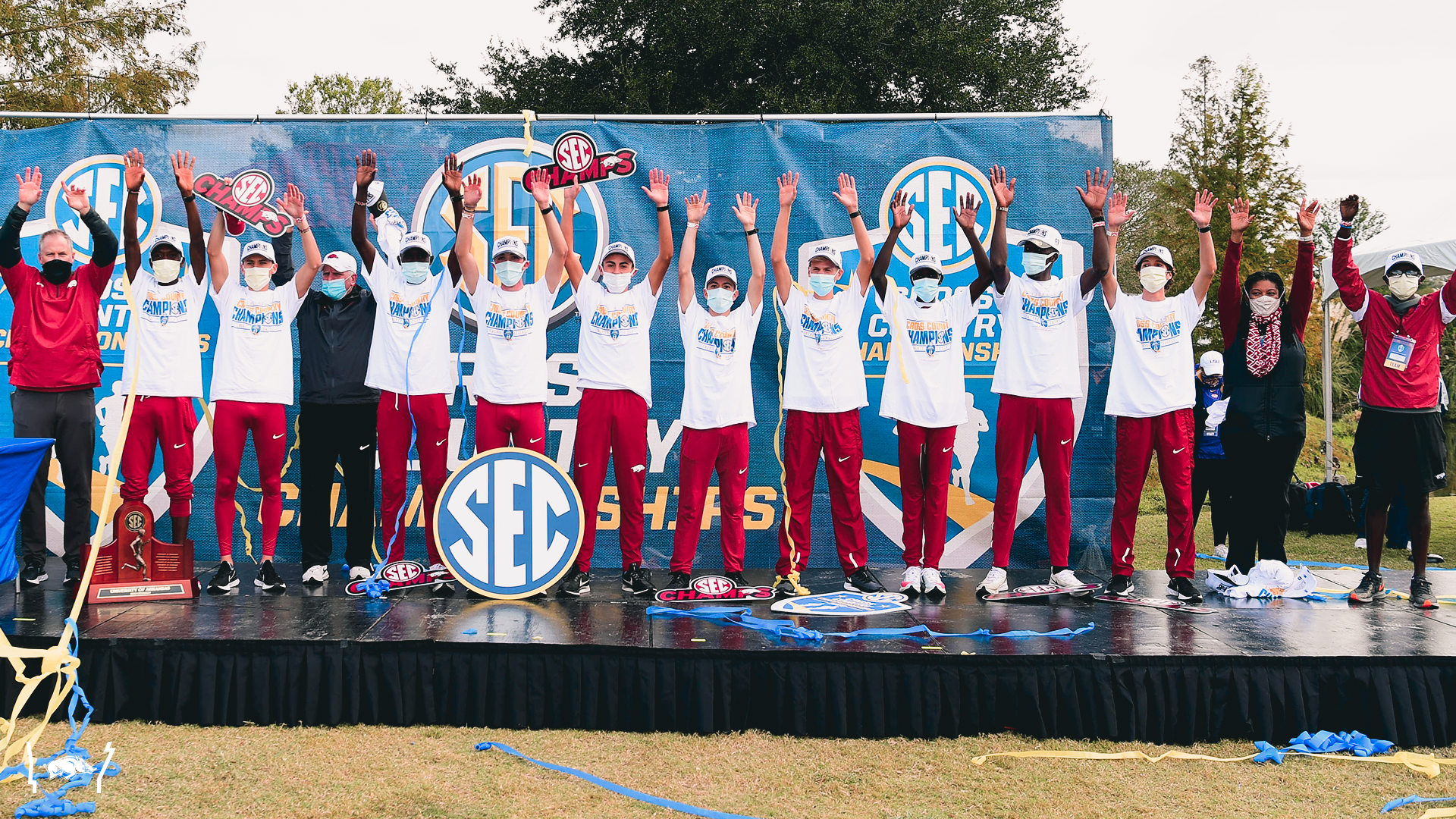 Baton Rouge, La. – Earning a SEC Championship title in cross country on Friday at the University Club, the Razorbacks collected a conference record 26th championship among the 30 contested since Arkansas first competed in the SEC meet during the 1991 season.

Scoring 35 points placed the No.1 nationally ranked Razorbacks ahead of No. 8 Mississippi, the two-time defending champions, who were runner-up with 59 points.

“It was a great team performance for our guys today,” stated Arkansas men’s head coach Chris Bucknam, who collected his ninth SEC cross country title and 22nd overall SEC championship. “I’m really proud of them. The goal is to win the meet, and that’s what we did. It was a good battle between Arkansas and Mississippi.”

Arkansas now has the most SEC cross country titles in the history of the league, breaking the tie it was in with Tennessee 25. It’s also the 50th overall cross country championship for the Razorbacks, who collected 24 in the Southwest Conference.

“We’re so pleased to add to the tradition,” noted Bucknam. “It means a lot to us, the tradition here at the University of Arkansas and the teams that Coach McDonnell built.

“We’re glad we are able to add a great milestone, being the No. 1 team in the SEC all-time.”

With the Razorback women winning an eighth consecutive SEC team title, this marks the 18th time Arkansas has swept the league cross country titles. The previous time in cross country occurred in 2017.