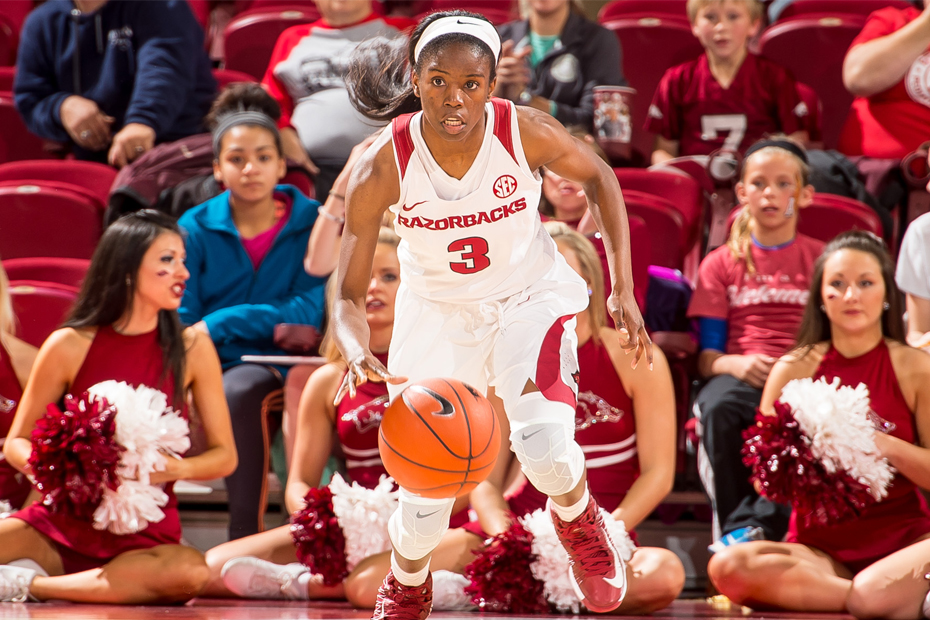 FAYETTEVILLE, Ark. – The University of Arkansas women’s basketball team hosts Nebraska Tuesday in the second of three games in five days for the Razorbacks.

Arkansas (8-3) wrapped up finals and graduation last week and celebrated with a 71-44 win over Prairie View A&M on Sunday. The Razorbacks follow up the Nebraska game with a trip to Tulsa on Thursday in the final game before the holiday competition break.

Despite the obvious numbers of Dungee, Monk and Tolefree, Arkansas has several other scoring options that opponents have to prepare for. Kiara Williams (key-R-uh Williams), Taylah Thomas (TA-luh Thomas), Bailey Zimmerman and Rokia Doumbia (ro-KEY-uh doom-BE-uh) have also scored in double figures this season. Williams, Thomas and Zimmerman also lead the team on the boards.

Eight More
Malica Monk needs just eight points to reach the 1,000th-career point mark. She will become the 28th player in program history to reach 1,000 career points and the first since Sarah Watkins reached that number in 2013.

Monk and Jailyn Mason (JAY-lyn Mason) are also climbing the career assists ladder. Monk is currently No. 13 overall with 278 assists while Mason is T-25 with 208 assists.