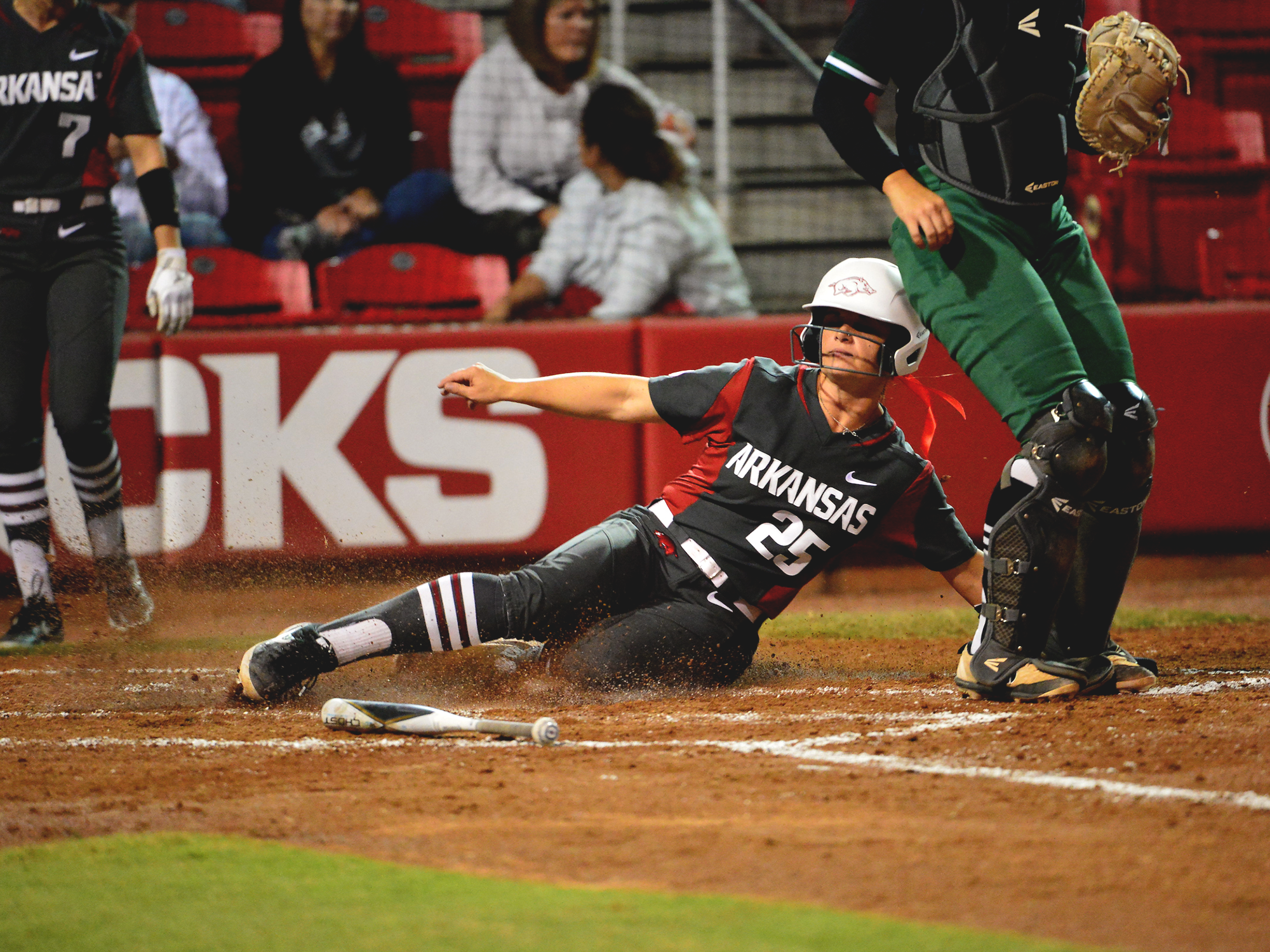 Hog fans saw four Razorback pitchers in action during the game; seniors Autumn Storms and Lauren Graves and freshmen Jenna Bloom and Rylin Hedgecock combined for 15 strikeouts and gave up only five hits over ten innings. 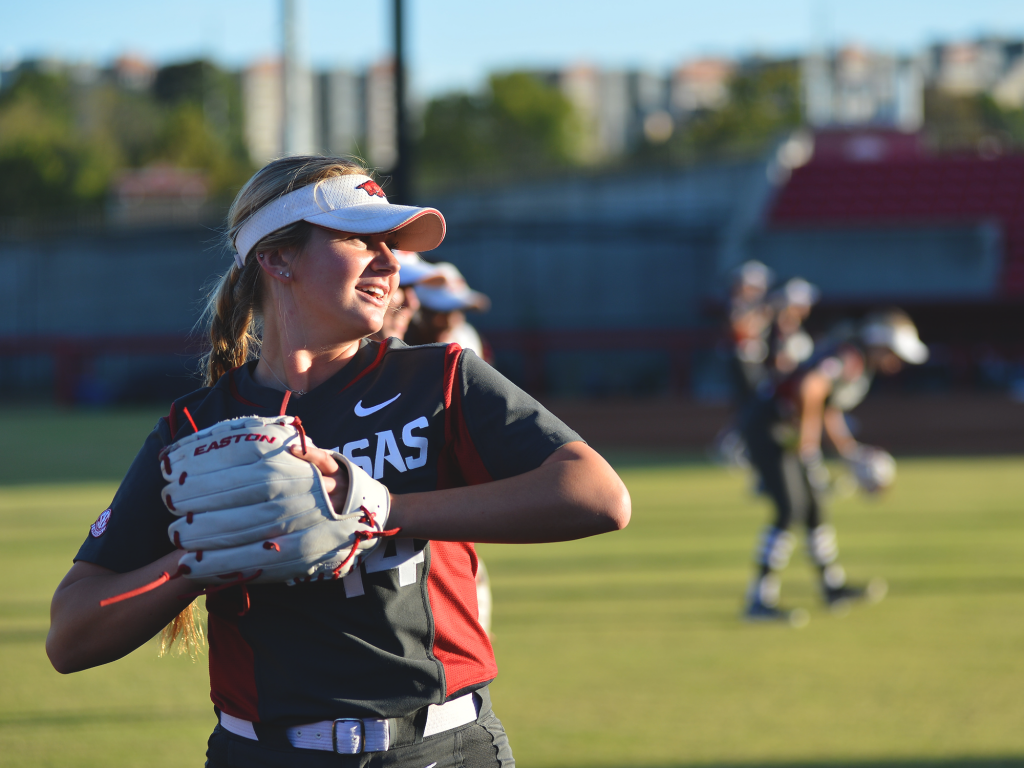 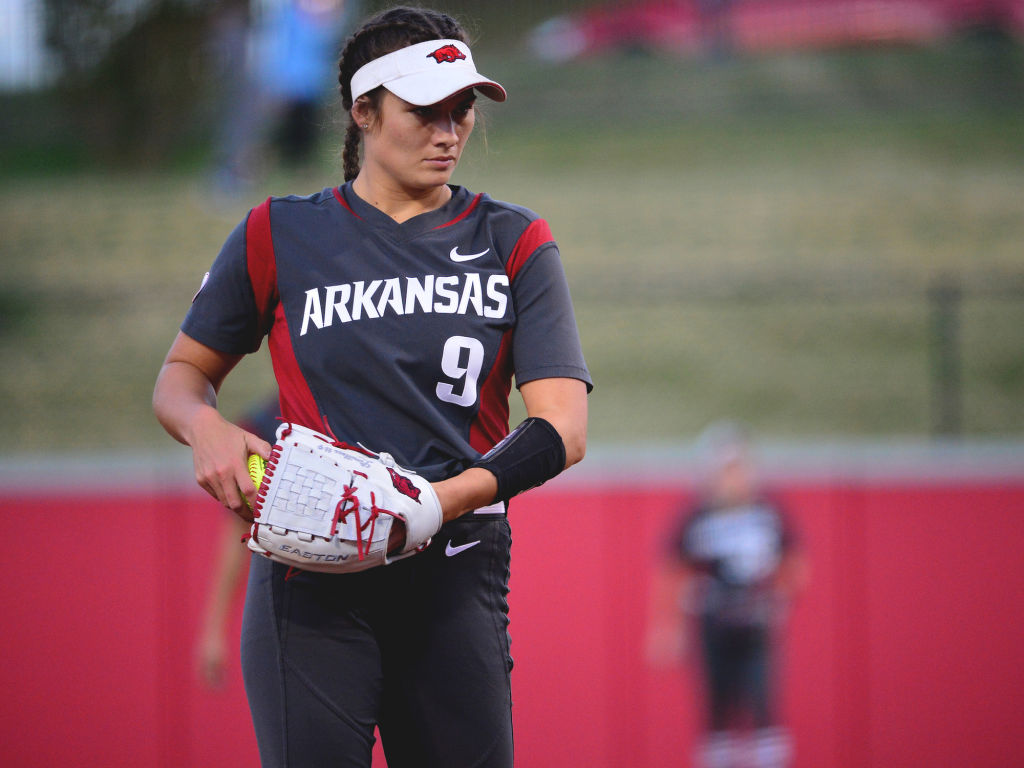 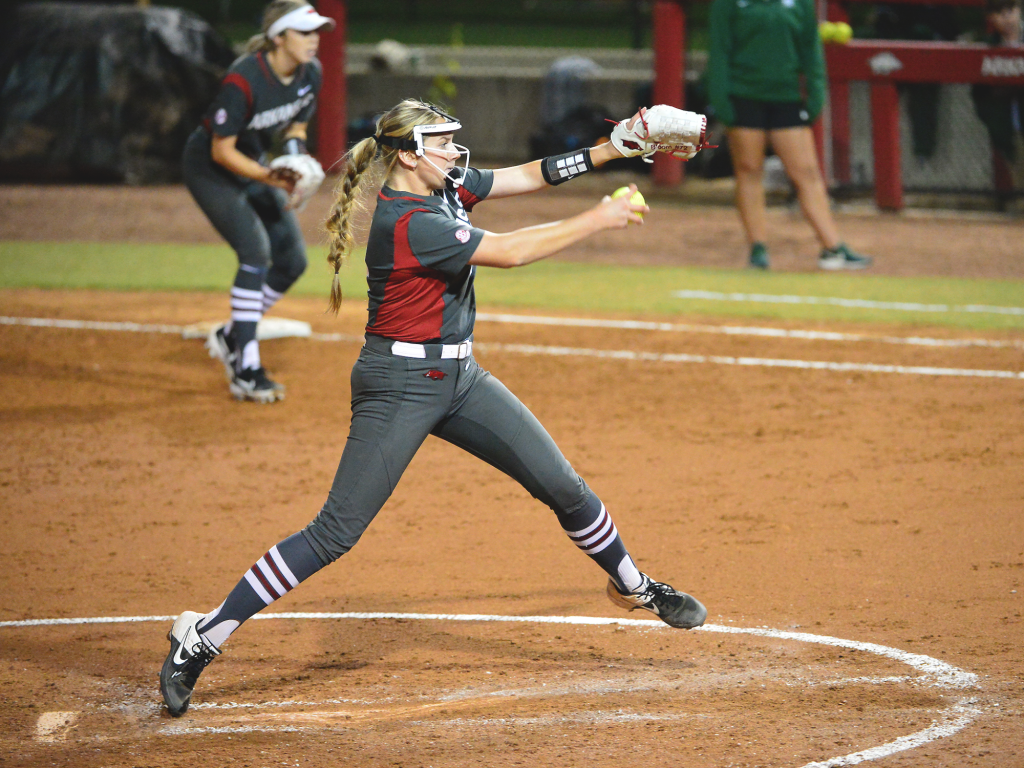 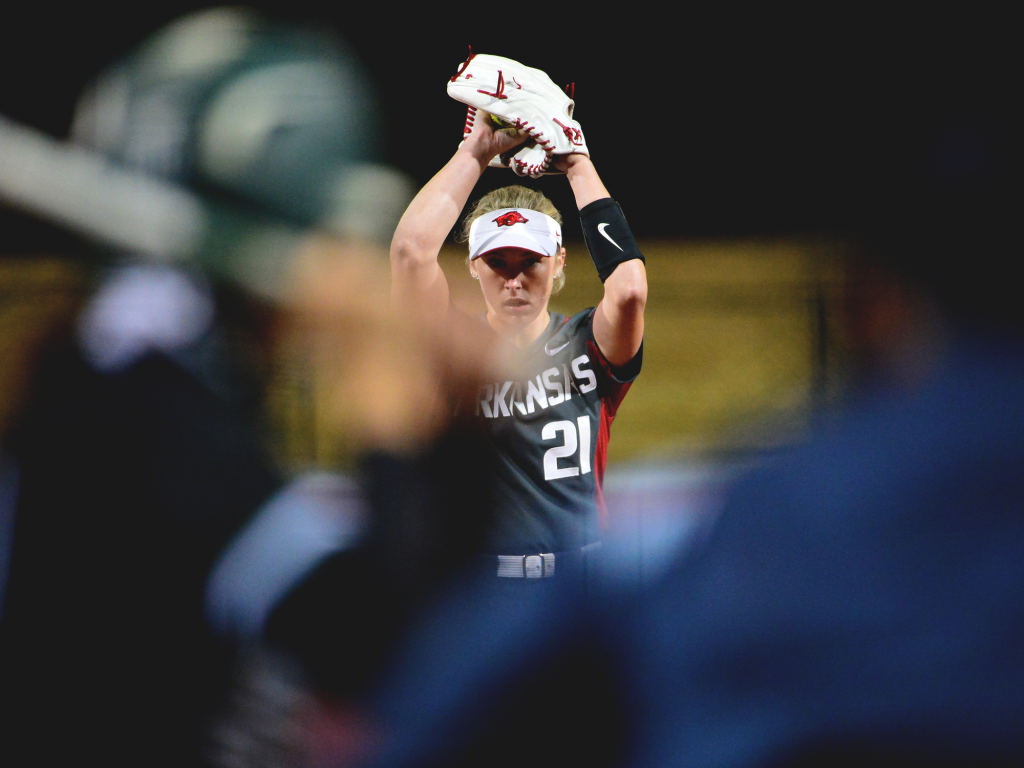 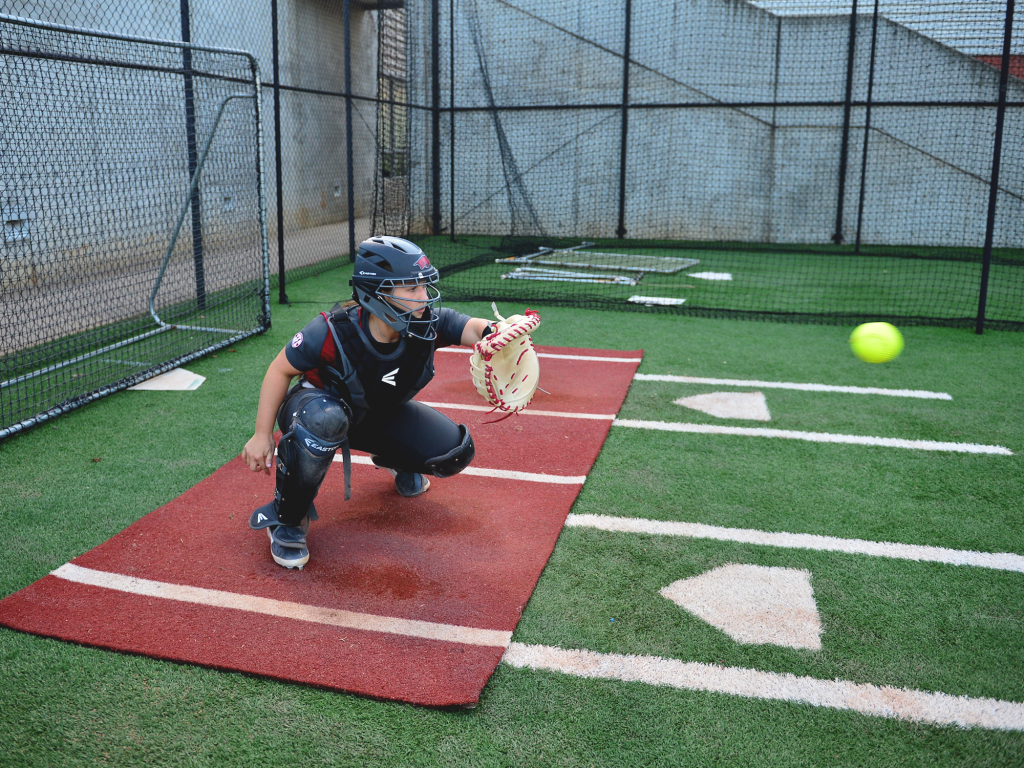 Three Hogs went yard in the 18-3 win, junior Danielle Gibson, senior Keely Huffine (Edwards), and junior Linnie Malkin. Their homeruns accounted for three of Arkansas’ five multi-base hits on the night, all together the Razorbacks outhit the Riverhawks 23-5. 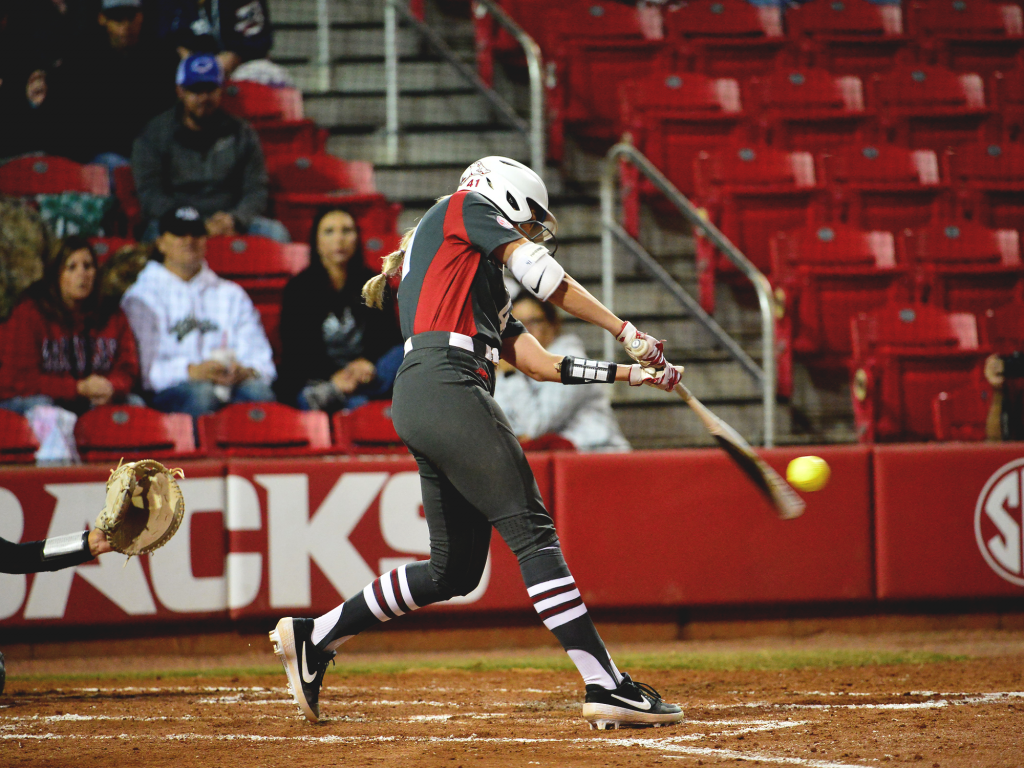 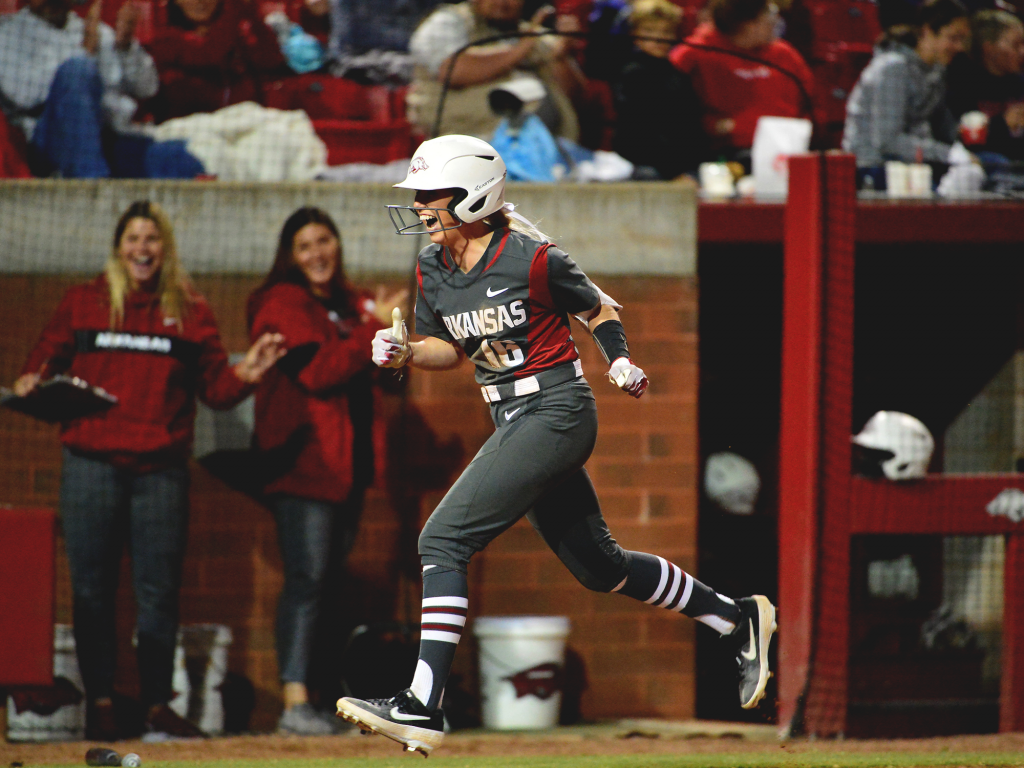 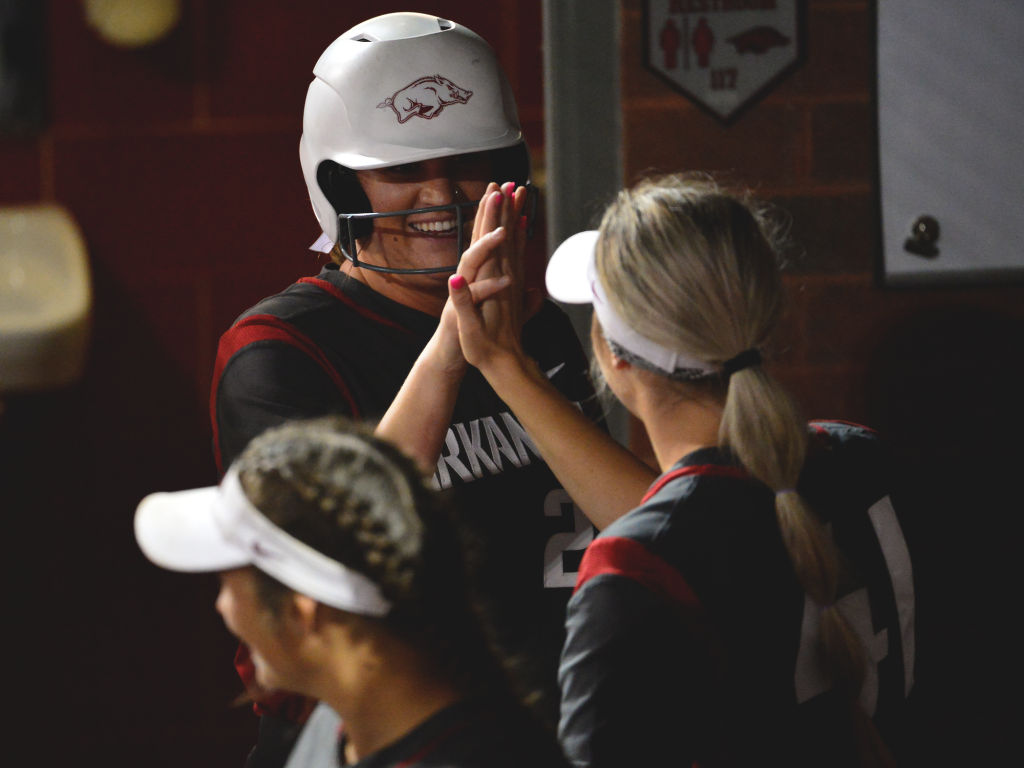 The Hogs played a clean contest, committing no errors in the victory. Burnside saw playing time at short stop while redshirt-freshman Valeria Ventura got back in the dirt and played second base for Arkansas. Returning first team All-SEC outfielder, Hannah McEwen settled in nicely in the outfield, joined by senior Sydney Parr in center and Malkin in right. The trio did just as well at the plate, combining for eight of the Hogs’ 18 runs. 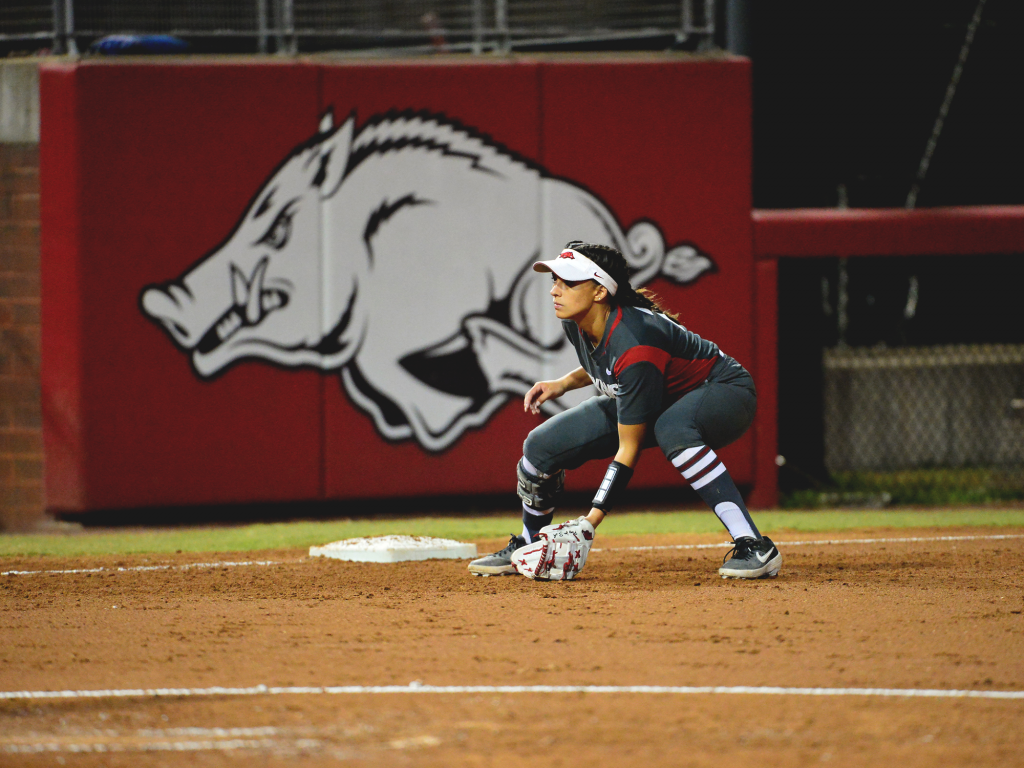 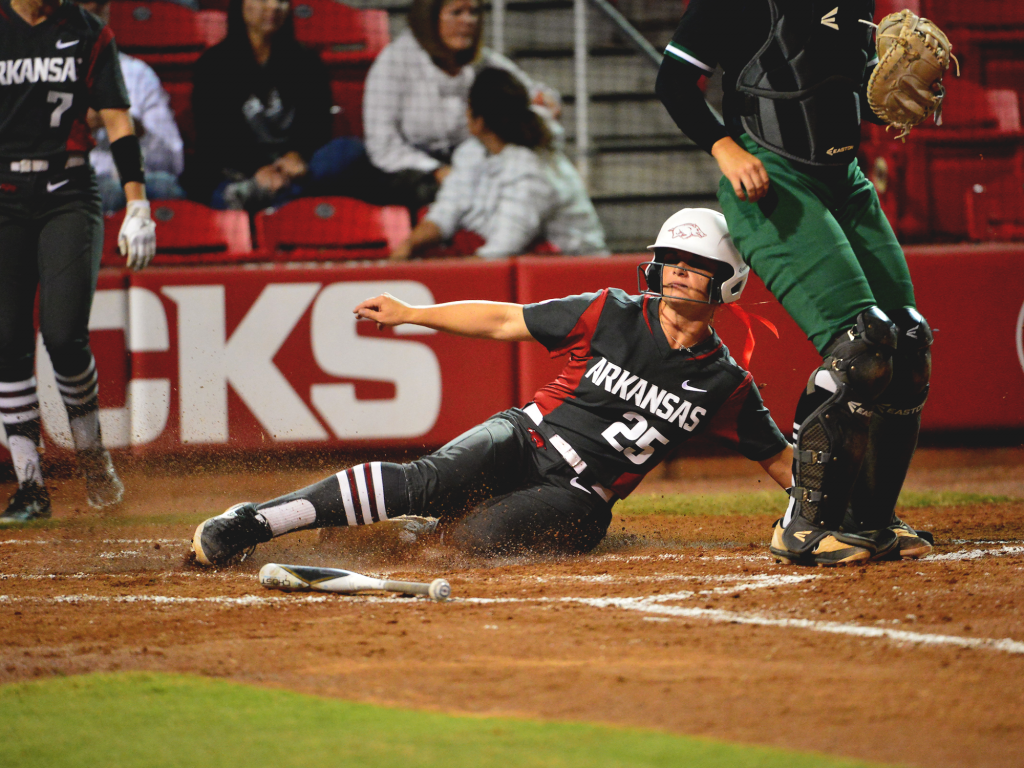 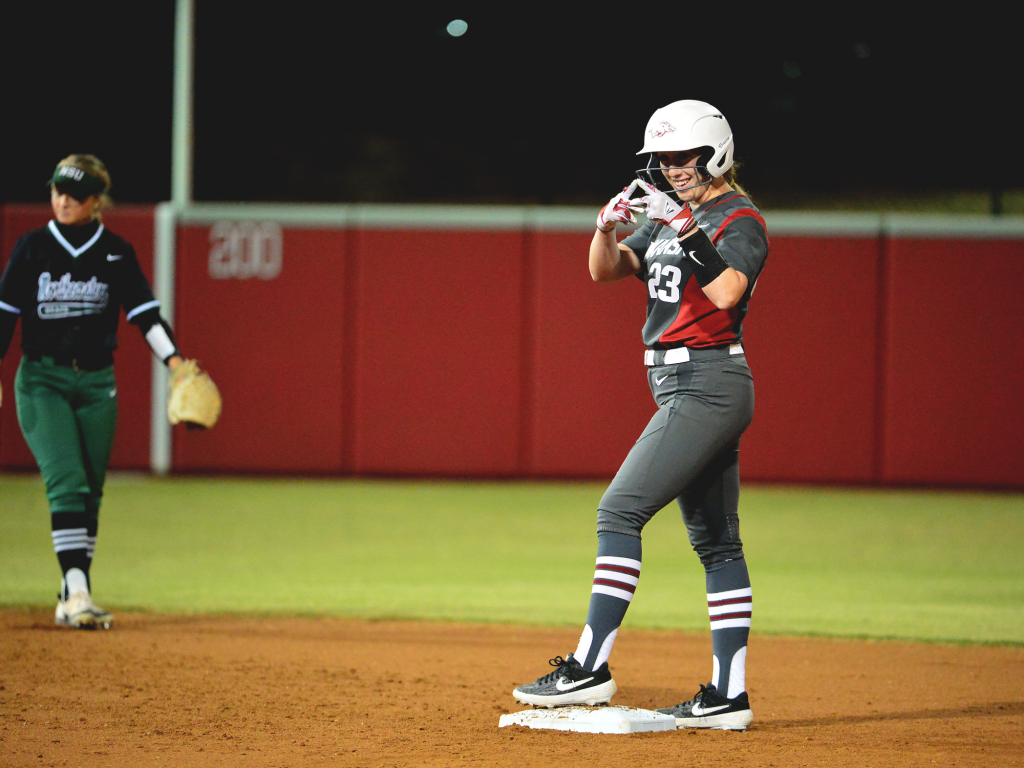 Arkansas will be back at Bogle Park for more fall season action on Oct. 30 when they host Crowder College. Admission to all fall games is free, gates open one hour prior to first pitch. 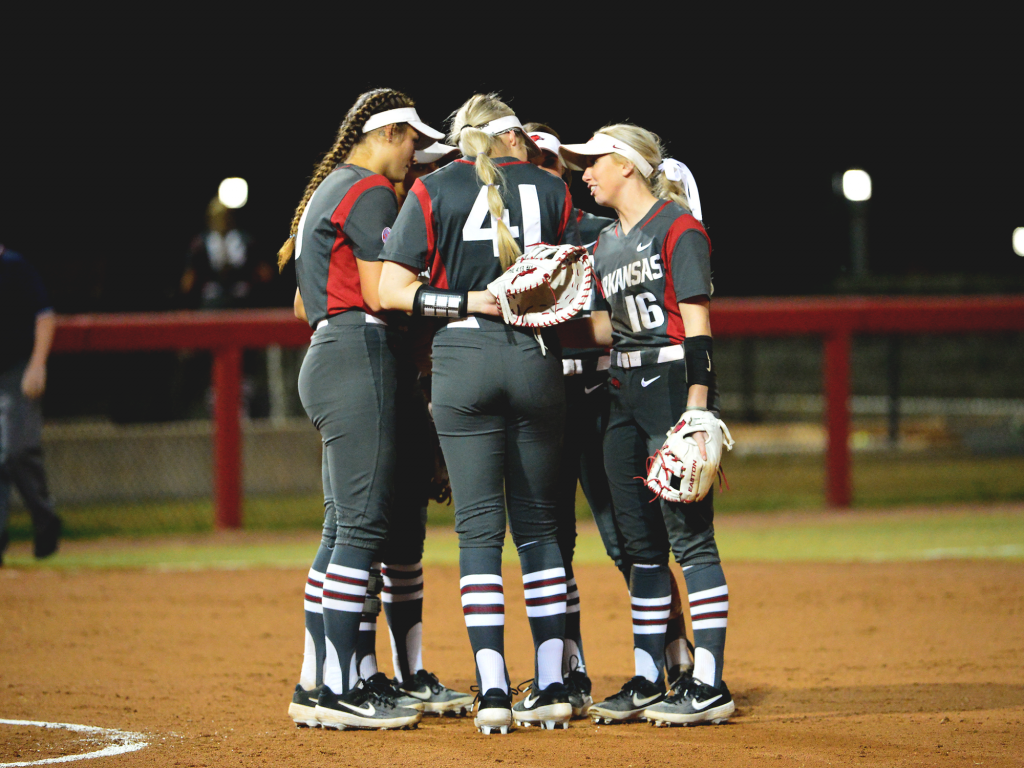