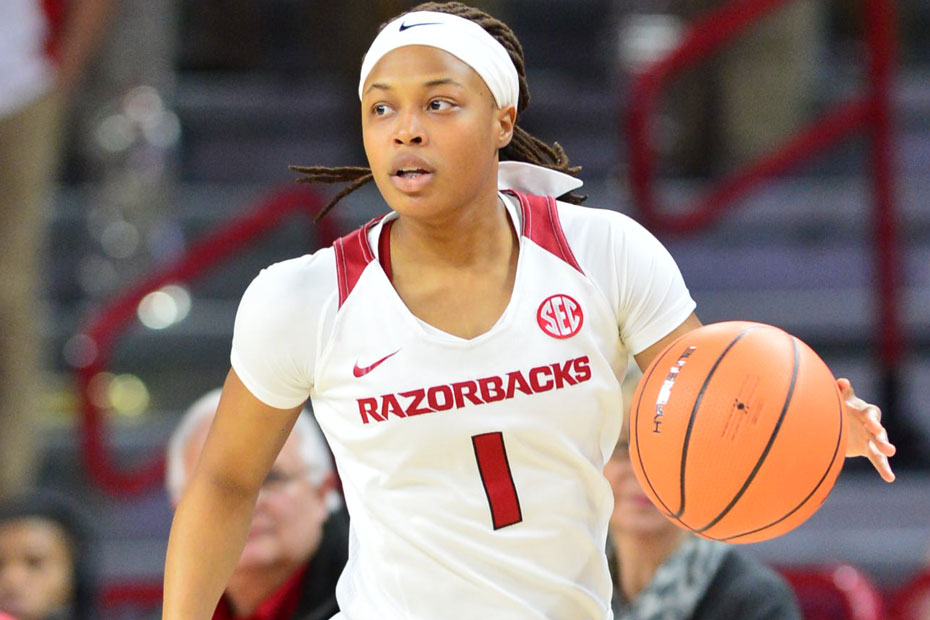 FAYETTEVILLE, Ark. – Raven Northcross-Baker had 11 first half points leading the University of Arkansas women’s basketball team to an 83-62 win over Vanderbilt in Bud Walton Arena on Sunday.

Arkansas (13-5, 2-2 SEC) went on a 14-0 run and held Vanderbilt (5-12, 0-4 SEC) without a field goal until the 1:41 mark of the first quarter opening a 12-point lead after the first 10 minutes. The Razorbacks forced 11 Commodore turnovers in the period as head coach Mike Neighbors used the depth of his bench to control the tempo from the tip.

The Razorbacks played all 13 players with 10 recording points in the game. Arkansas’ bench outscored Vandy, 33-2, and the Razorbacks took advantage of 23 Commodore turnovers resulting in 27 points.

Another big 16-1 scoring run pushed Northcross-Baker into double figures as Arkansas held Vanderbilt to just two field goals in the second quarter. The Razorbacks forced Vanderbilt into 16 turnovers and Arkansas had a 28-17 advantage on the boards at the break.

Arkansas stretched the lead to as much as 32 with four players finishing in double figures. Northcross-Baker led Arkansas with 16 points followed by a 15-point effort by Malica Monk. Kiara Williams added 11 points and Chelsea Dungee had 10 points in the win.

Notes
•Arkansas Starters: Alexis Tolefree, Malica Monk, Kiara Williams, Jailyn Mason, Chelsea Dungee
•Arkansas forced 11 first quarter turnovers by Vanderbilt and 16 miscues at the break. Vanderbilt finished with 23 turnovers as Arkansas has forced double figure turnovers in every game this season. This was the sixth time opponents have had 20+ turnovers in a game.
•Forty-seven first half points is the second most this season.
•Raven Northcross-Baker had 11 first half points and finished with 16 points in the game.
•Chelsea Dungee has scored in double figures in 16 games including seven games in a row.
•Malica Monk has 13 games in double figures this year.
•Arkansas had double figure 3-point field goals for the seventh time this season.
•The Razorbacks won (23/21) the third quarter for the 10th time this year.

Up Next
Arkansas has a Thursday bye and skips the Sunday game instead playing at No. 10 Tennessee on Monday. The Razorbacks return home Jan. 24 hosting Alabama.