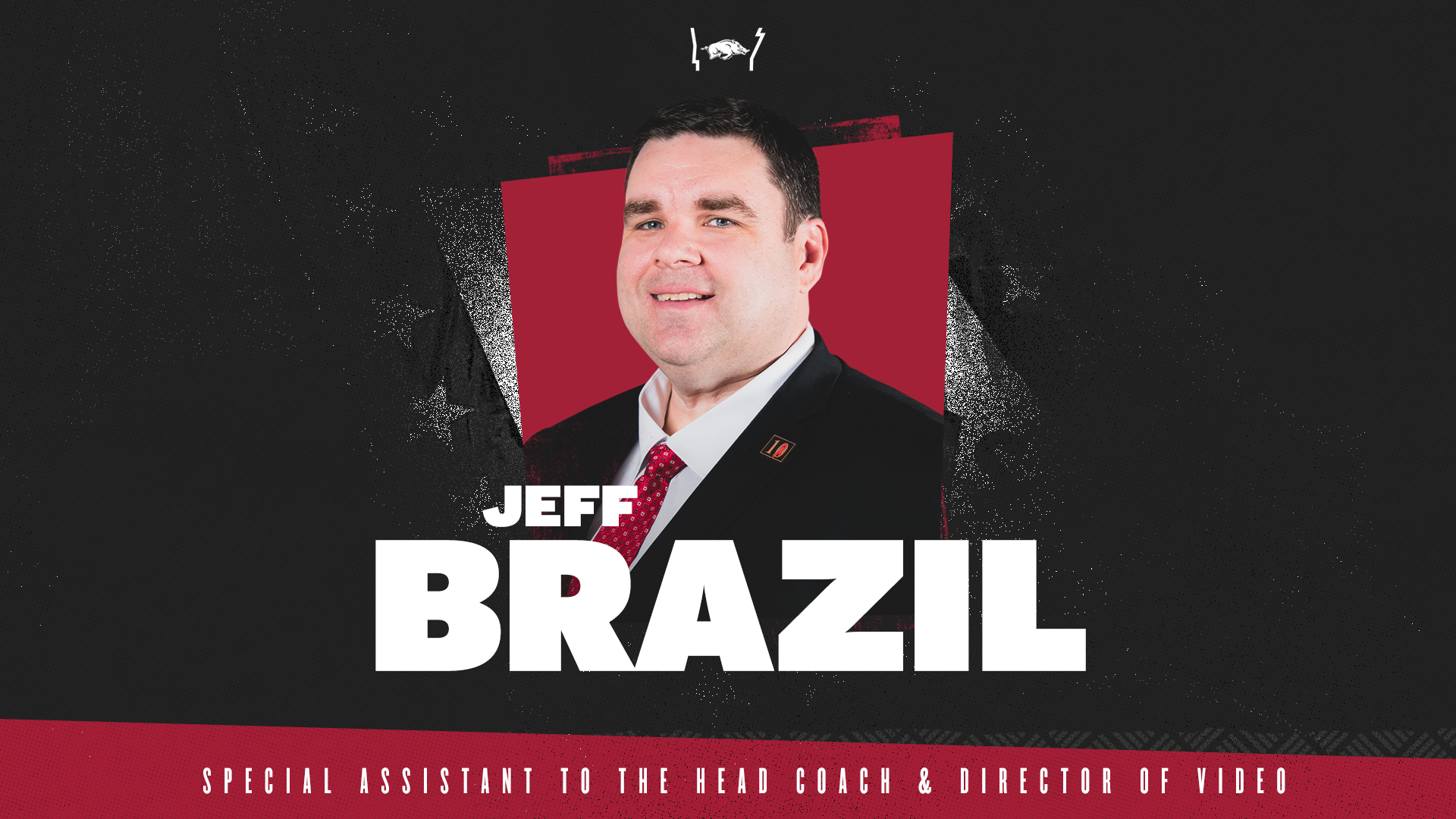 FAYETTEVILLE, Ark. – Head Coach Mike Neighbors continued to tinker with his staff, as he announced the promotion of longtime Director of Video and Scouting Jeff Brazil on Tuesday morning. Brazil will now serve as the Special Assistant to the Head Coach & the Director of Video.

During his 13-year tenure on the Hill, second only on Neighbors’ staff to Arkansas Women’s Basketball legend Amber Shirey, Brazil’s longevity and versatility have been key in helping transform the program from a scouting standpoint. In his role as the Director of Video and Scouting, Brazil is responsible for coordinating team video, scouting and game plans. He is responsible for all aspects of video editing for the Razorbacks. He also plays a key role in digital video exchange and professional highlight videos, maintaining the video databases, as well as assisting players and coaches with preparation and development.