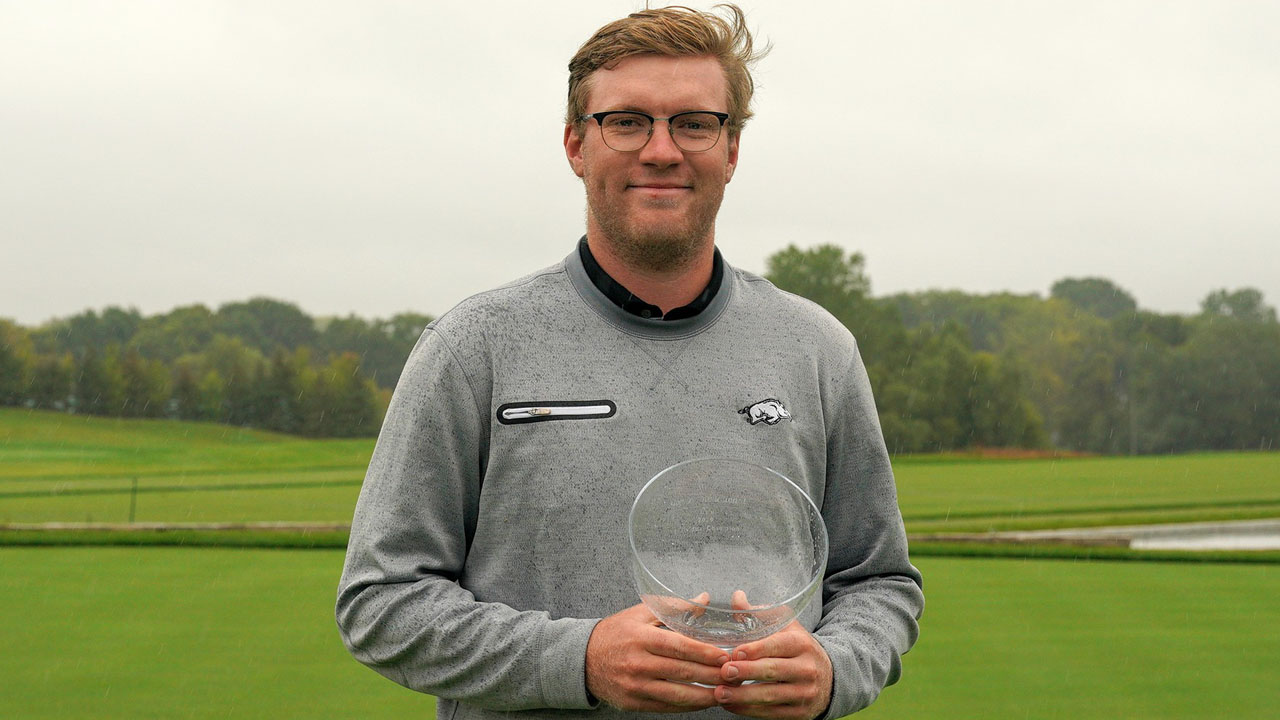 INDEPENDENCE, Minn. – For the second straight year, Arkansas senior William Buhl won the individual championship at the Gopher Invitational, posting rounds of 68-67-72 for a 54-hole total of 207 (-6). The Razorbacks placed four golfers inside the top 30 to finish tied for third in the 13-team field with a score of 854 (+2) at the par 71, 7.368-yard Windsong Farm Golf Club.

Buhl shared medalist honors last year, carding a three-round total of 206 (69-67-70). This year, he was the out-right winner, holding off Texas A&M’s Dan Erickson by one stroke. Buhl was the clubhouse leader and shared the lead at certain points over the final five holes. His birdie on the par 4, 15th hole – combined with pars on holes 16, 17 and 18 – was the difference as the two players that climbed into a share of the lead on the back nine each suffered a pair of bogeys down the stretch.

“Winning back-to-back individual titles is a great accomplishment,” head coach Brad McMakin said. “This is a great start to William’s senior year. The conditions were tough today – very windy and constant rain. I was very pleased with our team results and William getting his second collegiate win.”

Buhl looked like he would run away with the title as he carded birdies on holes one and two. Those two holes only surrendered a combined 15 birdies for the day. However, he had a triple bogey on the par 4, 3rd hole. Buhl responded with a birdie on the fourth hole, which played as one of the hardest holes on Monday. (The hole gave up 22 bogeys – the second-highest total of bogeys on a hole in the third round.)

“William handled the triple with experience,” McMakin said. “He played exceptionally after that hole and showed a great deal of maturity today.”

After getting back to even par for the day with the birdie on the fourth hole, Buhl reeled off four pars before posting a bogey on the par-5, 9th hole. He dropped a shot on the 10th hole to fall to 5-under to the tournament but he never relinquished the lead. After a string of pars, Buhl had a birdie on the 15th hole, which played as the fifth-hardest hole on Monday. He capped the round with three pars to capture the win. 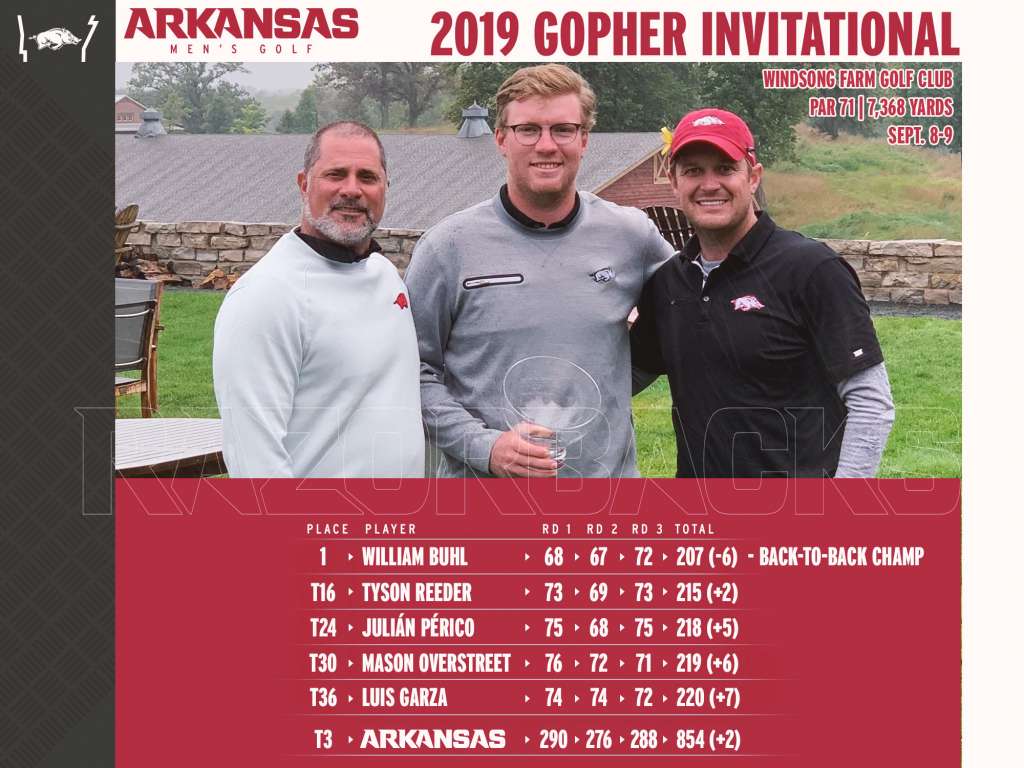