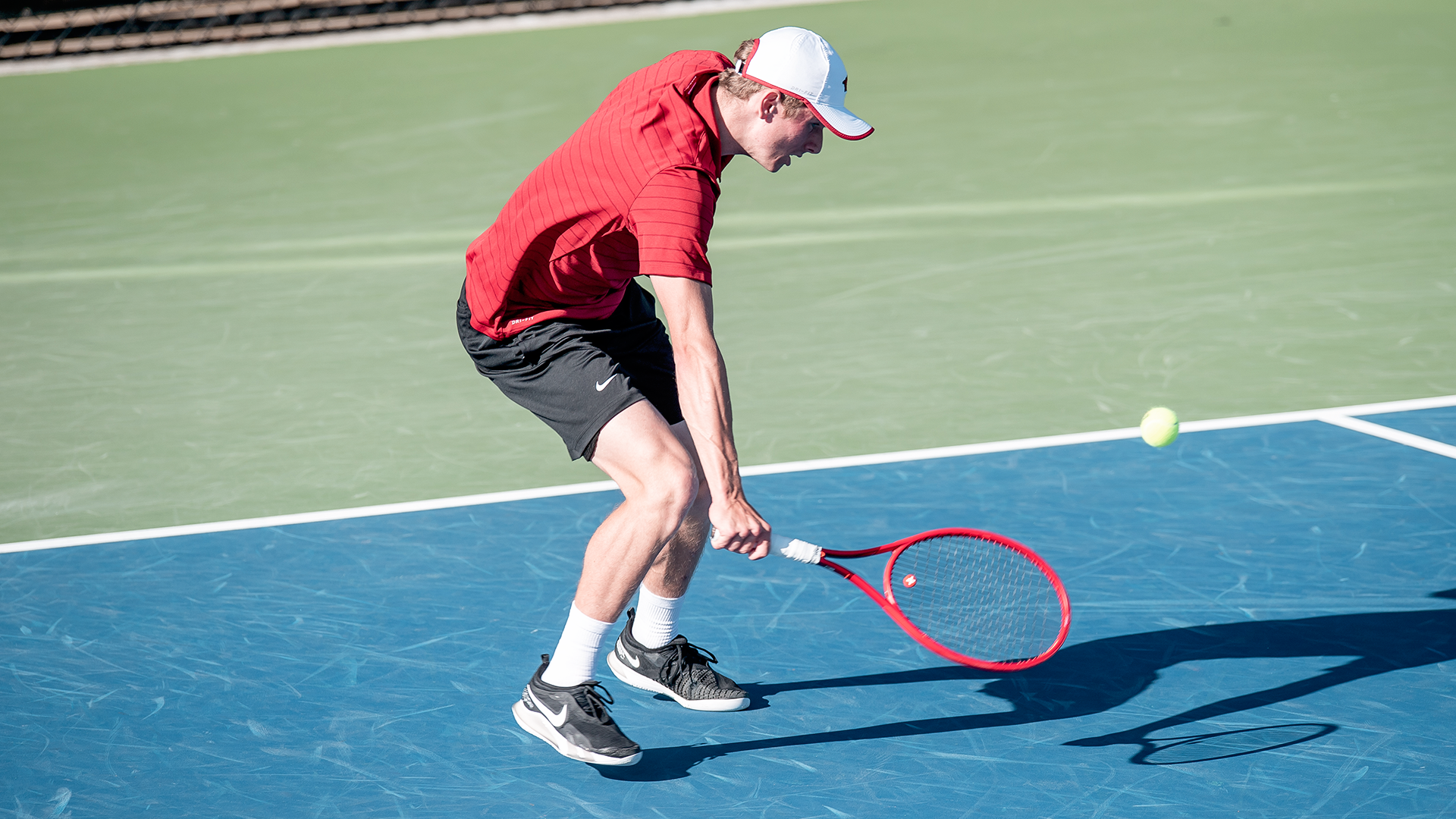 TULSA, Okla. – The Arkansas men’s tennis team kicked off the ITA All-American Championships today with four players competing in the first two rounds of the singles pre-qualifying draw on Saturday. The Razorbacks had three players advance to the second round with junior Adrien Burdet set to continue play in the third round of the prequalifying draw tomorrow.

Sophomore Jake Sweeney started out the day for the Razorbacks in the first pre-qualifying round against Daniel Linkuns-Morozovs of Abilene Christian University. Sweeney fought hard the entire match, dropping a first-set tiebreaker 6-7 (9) and then battling back to take a second-set tiebreaker 7(7)-6. In the forced third set, Sweeney dropped the set 4-6.

The Little Rock native, Foster Rogers, got off to a quick start winning his match 6-3, 6-2 over Karlo Kajin of LSU. Rogers went on to drop his second match in straight sets, falling to Tennesse’s Boris Kozlov.

The junior Adrien Burdet continued with the Razorback wins in the first pre-qualifying round. Burdet got the straight set 6-4, 6-2 win to start his day against Alex De Soussa of Drexel. In the second round, Burdet faced Memphis’ Pau Fanlo to win his second match of the day 6-3, 6-2.

Burdet is back in action at the ITA All-American Championships as the pre-qualifying draw continues tomorrow, facing South Carolina’s Casey Hoole at 11:30 a.m. CT.