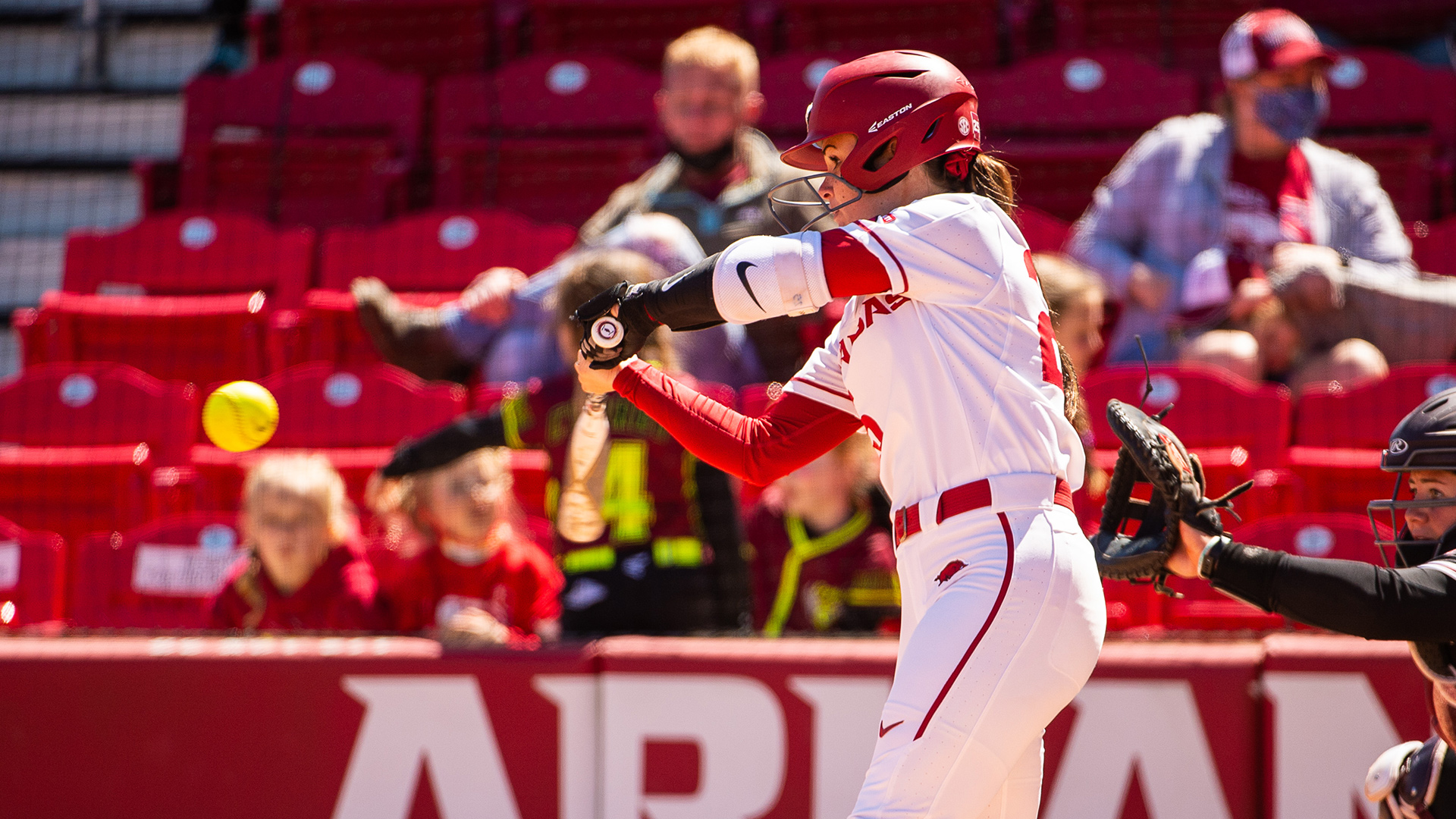 AUBURN, Ala. – Infielder Braxton Burnside etched her name into the Razorbacks record book by hitting her single-season school record 18th home run of the year in No. 11 Arkansas’ 6-1 victory over No. 25 Auburn on Thursday evening. Burnside accomplished the feat playing in just 31 games and her 18 bombs this season rank second nationally.

The Razorbacks (29-3, 10-0 SEC) remain the SEC’s only undefeated team in league play and are on a program-best 10-game conference win streak.

Arkansas was limited to one baserunner through the first three innings but took advantage of free bases in the fourth to take a 2-0 lead. Burnside led off drawing a walk and with two outs, catcher Kayla Green walked putting runners on first and second. Outfielder Aly Manzo then lined the Razorbacks first hit of the game to center, plating a run and moving Green to second. On a passed ball, Green advanced to third and scampered home on an errant throw by Auburn’s catcher that went into left field.

The Razorbacks blew the game open in the top of the fifth, posting a four spot. Infielder Nicole Duncan was hit by a pitch and outfielder Sam Torres singled, setting up outfielder Hannah McEwen’s RBI knock to center field. With two runners on, Burnside smashed her record-setting three-run dinger to left center, providing a comfortable cushion.

Mary Haff (18-2) was outstanding inside the circle, throwing a complete game and allowing just three hits with four strikeouts. Haff did not walk or hit a batter and surrendered her only run in the seventh inning. Maddie Penta (6-4) took the loss for the Tigers (19-9, 1-6 SEC), throwing 4.0 innings and allowing two runs. A tandem of relief pitchers allowed the big Arkansas four-run fifth.

The Razorbacks outhit the Tigers, 5-3, with Torres’ 2-for-3 day leading the offense.

Game two of the series is scheduled for a noon first pitch tomorrow, April 2, on SEC Network.