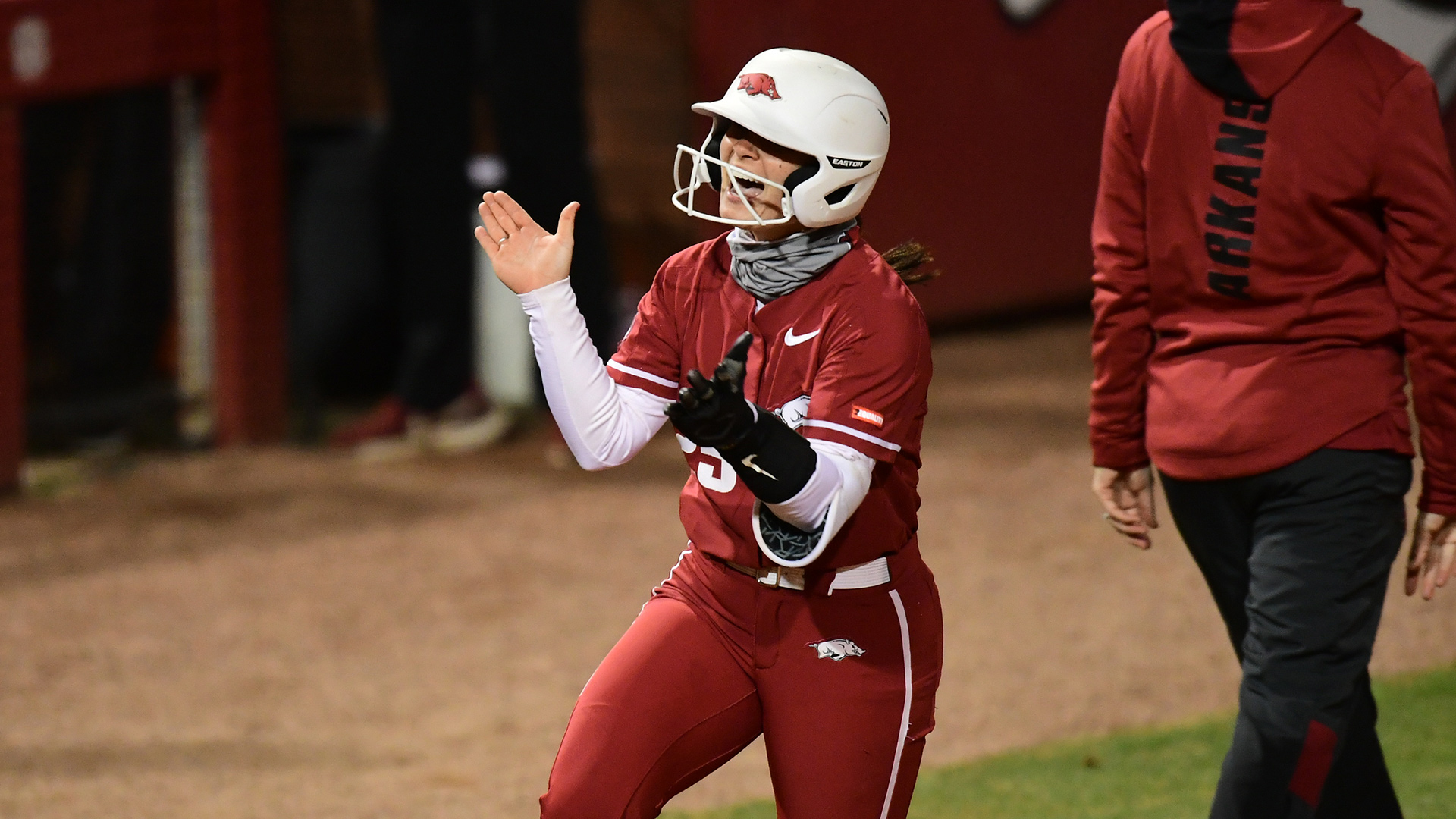 FAYETTEVILLE, Ark. – With the game tied in the bottom of the eighth inning, infielder Braxton Burnside launched her nation-leading 23rd home run of the season, lifting No. 6 Arkansas to a 7-6 walk-off win over Central Arkansas at Bogle Park on Wednesday night. Designated player Linnie Malkin hit two home runs in a game for the second time this season and was 3 for 3 with four RBI.

Malkin opened the scoring with a three-run homer in the first inning, giving Arkansas (37-5) an early lead. The Bears chipped away, scoring two single tallies in the fourth and fifth frames, on a triple and a sacrifice fly, bringing the score to 5-2.

Malkin homered again, sending an opposite field solo shot to right center to go up 6-3. Central Arkansas (26-15) fought back again, scoring a single run in the sixth on a two out single to left. The Bears forced extra innings by scoring three runs in the top of the seventh and Tylar Vernon tied the game at 6-6 with a two out double to center.

Burnside then walked off the Razorbacks in the bottom of the eighth, homering with two outs.

Jenna Bloom started inside the circle for the Razorbacks and worked 4.1 innings, allowing two runs on three hits and two walks with seven strikeouts. Mary Haff (20-3) picked up the win in relief and allowed eight hits over 3.2 innings. The Bears Jordon Johnson took the loss in relief, tossing 4.2 innings and surrendered two earned runs on five hits.

Central Arkansas outhit Arkansas, 11-9, and every hitter in the Bears starting lineup registered at least one hit. Malkin’s three hits paced the Razorbacks, and Burnside added the only other multi-hit performance (2). The shortstop reached base in her 36th straight game.

Arkansas hosts Missouri for its final home series of the regular season from Saturday, April 24 through Monday, April 26. Arkansas will honor its senior class on Sunday, April 25.