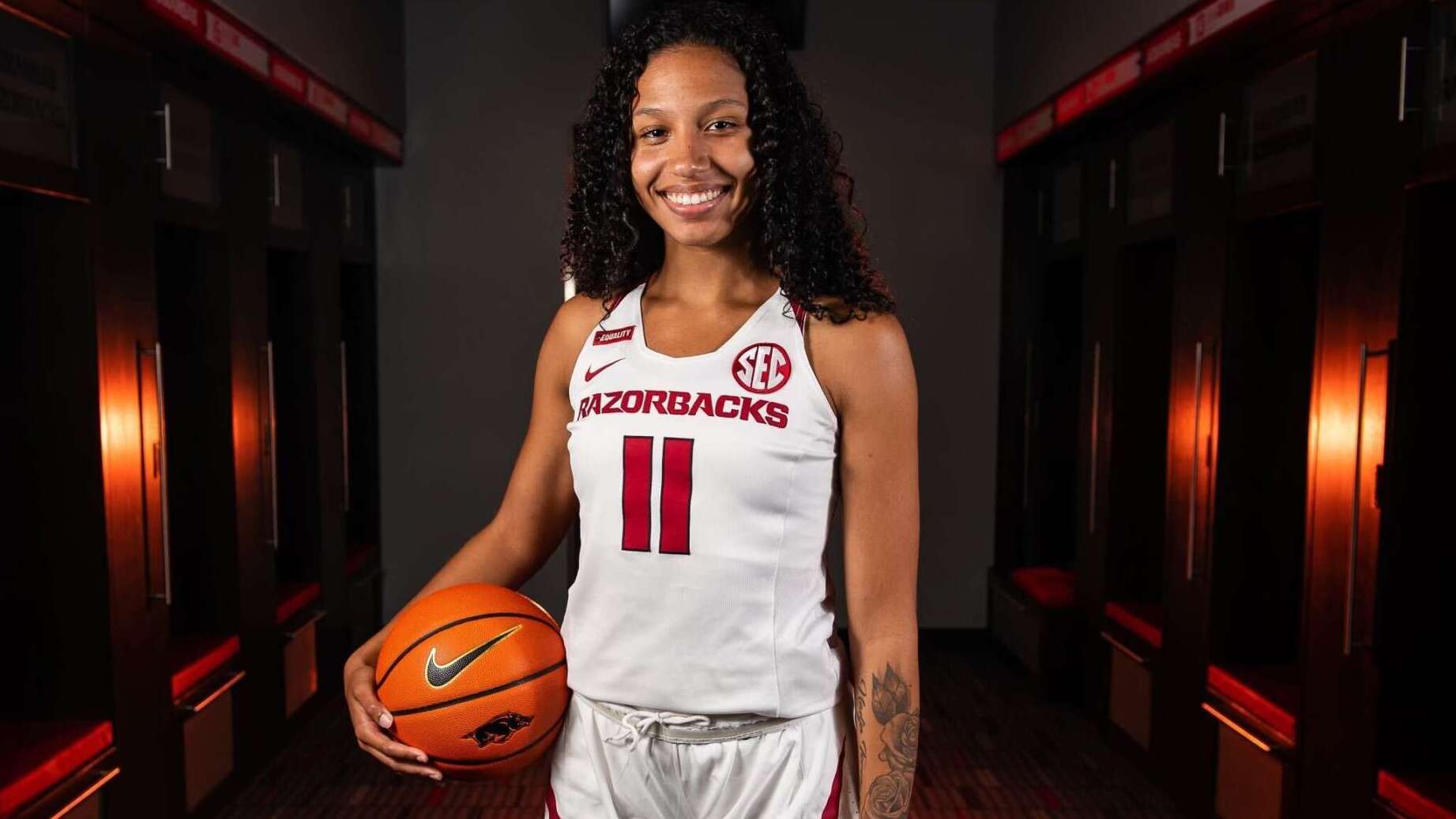 FAYETTEVILLE, Ark. – Arkansas women’s basketball and Head Coach Mike Neighbors have added Christianna Carr to the Razorbacks’ talented roster as a transfer from Syracuse. With the Orange last season, Carr played in and started all 29 games scoring 11.7 points per game while adding 4.6 rebounds per game. Prior to Syracuse, she played three seasons at Kansas State averaging 11.3 points per game in her career as a Wildcat, including 15.2 as a junior in 2020-21. She was a highly touted high school recruit out of Manhattan (Kan.) HS where she was the 2018 Gatorade Player of the Year in Kansas and the No. 20 overall prospect in the nation according to Prospects Nation.

THE STORY, AS TOLD BY COACH NEIGHBORS
“We all experience how the timing of life is everything. Chrissy Carr becoming a Razorback is a perfect example of it in the world of recruiting.

“We first saw Chrissy on the court, shortly after her family relocated to Kansas and she joined Reggie Middleton’s Missouri Phenom Program. Chrissy had established a national reputation prior to moving from Minnesota so we were excited they had moved closer to campus. She was one of those ‘you could tell in one minute she had it’ evaluations… shoot it, drive it, pass it, rebound it, guard it…

“Our program was not at the point to make her top list coming out of high school, but we remained a fan. After she signed at Kansas State, I met her dad who was a college assistant at the time. Hearing him talk about her individual workouts endeared us even more. Then I met one of her other assistant coaches (AKA my future wife Jayci Stone). Her stories of Chrissy on and off the court only furthered my respect for Chrissy’s basketball timeline.

“Fast forward to playing Kansas State in Bud Walton Arena (2019-20). In scouting the Wildcats, it became very clear a huge key to victory would be containing C. Carr. Their strong post play was going to be a challenge, but we keyed on making sure #43 didn’t beat us. Dungee and Tolefree had big games and Makayla Daniels executed the defensive plan to hold Chrissy to just two points and two rebounds. You might think that would be where the story ends, but it’s really just beginning. The way she handled it and continued being key for her team as we watched her throughout the Big 12 season was impressive.

“Fast forward again, Chrissy entered the transfer portal. Sasha Goforth had just transferred in, and we had no available scholarships to even contact her prior to her going to Syracuse, where she had another great season before a coaching change shifted her basketball journey yet again.

“Fast forward to 2022, timing is right. Opportunity collides head on, and we were able to get Chrissy into a Razorback uniform for her final collegiate season to continue her hoops journey.