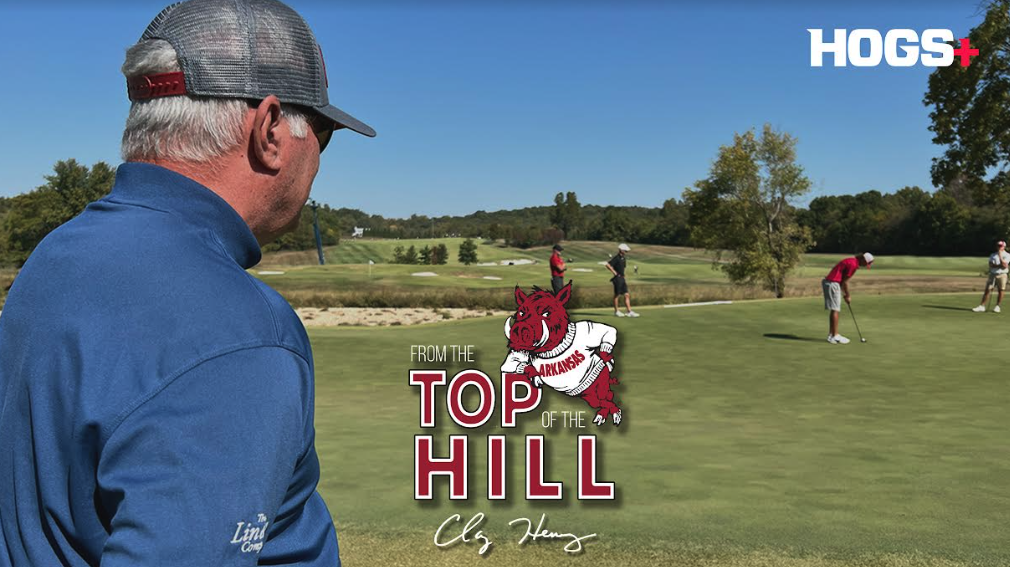 October 7, 2022
Read Full Article Watch Video
By Clay Henry
Hogs+ Senior Contributor
Detail, detail, detail. That’s what I heard as I listened in as Arkansas women’s golf coach Shauna Taylor led her 15th-ranked squad to a third-place finish in the Blessings Collegiate Invitational on Wednesday.It was in stark contrast to what I remember from more than 45 years ago during my personal experience at college golf. I wouldn’t bore you with the comparison except Hogs+ general manager Sawyer Radler demanded it as we scooted around Blessings Golf Club to watch the two Arkansas teams on the way to third-place finishes.Taylor wore a mic as she coached the five UA women who fought through the gauntlet that is Blessings, no doubt one of the toughest challenges on the college golf circuit. In a pre-round interview when asked what we might hear as she coached her team, it was clear that it might be overload for some viewers.“Some might be surprised how much information we actually give our players,” Taylor said.
However, it was clear she and assistant Mike Adams know it doesn’t need to be the same for every player.“It’s read and lead,” Taylor said. “Some might need something different than another player.”

Read more from Hogs+ Senior Contributor Clay Henry as he goes inside the ropes with Arkansas golf coaches, Brad McMakin and Shauna Taylor, and go behind the scenes from the Blessings Intercollegiate Invitational for free on Hogs+ today.