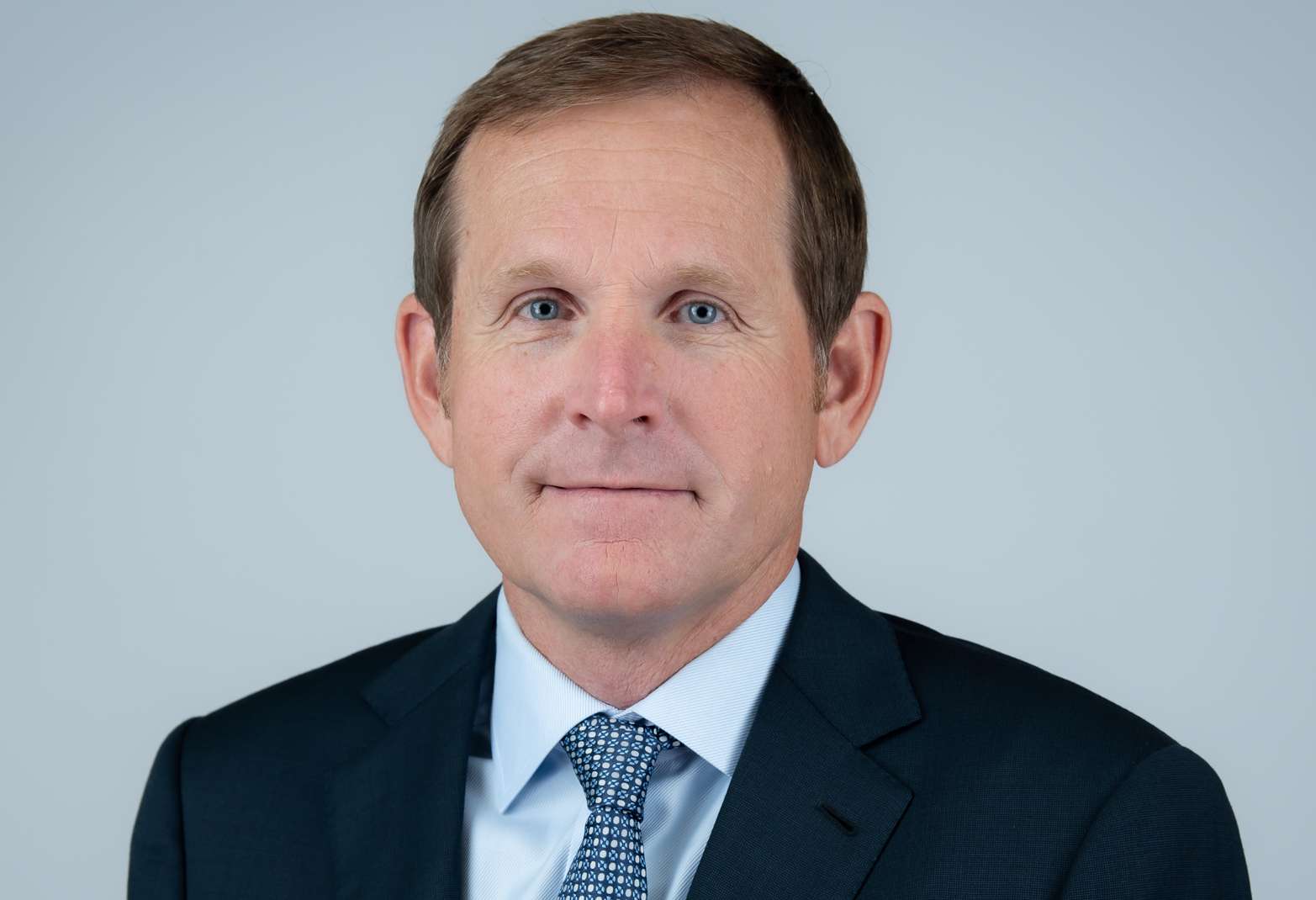 Andy Jackson was named the University of Arkansas men’s tennis head coach on June 11, 2013. He arrived at Arkansas with 29 years of Southeastern Conference head coaching experience at Florida and Mississippi State.

During the 2021 season Jackson guided Arkansas to the program’s 20th NCAA Tournament appearance in school history and notched his 600th career win as a collegiate head coach. The Razorbacks picked up two key wins in conference play, upsetting No. 12 Texas A&M and No. 3 Tennessee, both by 4-3 scores.

In 2016, Jackson led the Razorbacks on a renaissance, with the team reaching 20 wins for the first time since 1986 and a program-best 7-5 record in SEC play. With the team holding a 10-2 record, Arkansas made its first real statement of the season at No. 10 Oklahoma, defeating the Sooners 5-2 in Norman on Feb. 28. The victory vaulted the Razorbacks from No. 51 to No. 27 in the nation and made ripples across the collegiate tennis landscape.

Following a 5-2 win at Vanderbilt on April 8, Arkansas stood at 19-5 (7-3 SEC) and moved up to No. 12 in the Oracle/ITA Rankings, the highest standing of the year and the team’s best since 2006. The Razorbacks’ 7-5 conference record tied for fourth in the regular season standings and their 19-8 overall mark clinched a berth in the NCAA Tournament for the first time since 2006.

Arkansas earned a spot as the No. 2 seed in the Oklahoma State Regional in Stillwater and faced Wichita State in the first round. The Razorbacks downed the Shockers 4-2, but were defeated in the second round by the host Cowboys by a score of 4-0. The team finished with a 20-9 (7-5 SEC) mark with a final Oracle/ITA mark of No. 20. For the team’s performance over the course of the 2016 season, Jackson was named Wilson/ITA Central Region Coach of the Year.

Following the conclusion of team competition, Arkansas earned bids in the singles and doubles NCAA Championships as well. Mike Redlicki, who finished No. 25 in the Oracle/ITA Rankings, fell to TCU’s No. 5 Cameron Norrie in the first round of singles play. Meanwhile, the duo of Giammarco Micolani and Redlicki, which finished No. 20, fell to Wake Forest’s No. 13 pair of Skander Mansouri and Christian Seraphim.

Prior to Arkansas, Jackson spent the 29 previous years as a head coach at Florida and Mississippi State, compiling a 496-234 record, and is the only coach to win an SEC title at two different schools. Jackson’s teams made 22 straight NCAA Tournament appearances. He won three conference regular-season titles, three conference tournament crowns and three times earned SEC Coach of the Year honors.

For his last 24 years, he coached men’s teams in Gainesville and Starkville, and all 24 teams finished the season ranked in the top 25, with 13 of those in the top 10, including a No. 2 ranking in the final poll of 2003. He produced seven 20-plus win seasons and advanced to the NCAA finals site 20 times with seven quarterfinal appearances and three trips to the semifinal round.

Jackson most recently served as the men’s head coach at Florida from 2001-12, winning 209 matches, the third-highest total in school history, after inheriting a team that was 9-17 the year before he arrived. He led the Gators to conference titles in 2003 and 2005 and SEC Tournament crowns in 2003 and 2011 and was named SEC Coach of the Year in 2002 and 2005. During his time at Florida, he won 72 percent of his matches and was even better in conference play with a 90-32 record for a winning percentage of 74 percent. The Gators were dominant at home under Jackson, earning a 128-16 mark for a winning percentage of 89 percent, including a 17-1 record in NCAA Tournament games on their home courts.

In 2012, the Gators finished 16-9, including a 7-4 mark in the SEC, and advanced to the Round of 16 in the NCAA Tournament. In 2011, Jackson produced two individual All-Americans as Alexandre Lacroix earned recognition in singles and doubles with Sekou Bangoura joining him in doubles. The Gators also won their second SEC Tournament title under Jackson in 2011.

On Jan. 31, 2006, Florida took over the No. 1 spot in the ITA Poll for the first time in program history. The year before, Jackson led the Gators to match their deepest NCAA Tournament run by shutting out rival Florida State in the quarterfinals to advance to the semifinal round for just the second time in school history. The 2005 squad also brought Jackson’s second SEC title to Gainesville in his fifth season, the quickest a coach had delivered two conference championships in school history, and won the SEC Tournament.

The 2003 team claimed Jackson’s first SEC crown at Florida. Earlier that season, the Gators played in the final of the 2003 National Team Indoors to mark the first national title match in school history. In 2002, Jackson won his second overall SEC Coach of the Year honor and first at Florida.

Prior to coaching at Florida, Jackson was the head men’s coach at Mississippi State for 13 seasons and for five seasons before that coached the Bulldogs’ women’s team. He compiled a 220-106 record, 100-59 in SEC play, as the men’s head coach and led the Bulldogs to the SEC championship in 1993 in addition to an SEC Tournament title in 1996. He was named the SEC Coach of the Year in 1991.

Mississippi State made 11 straight NCAA Tournament appearances from 1991-2001, one of just seven teams in the country to do so, reaching the quarterfinal round five times and the semifinal round in 1994 and 1998. The Bulldogs finished each of his 13 seasons ranked in the final top 25 and were ranked in the top 10 for seven straight seasons from 1992-98.

Under Jackson, four different singles players and three doubles teams held the No. 1 spot in the ITA national rankings, including Marco Baron, who ended the 2001 season as the top-ranked singles player in collegiate tennis, and Thomas Dupré, who finished the 1997 season ranked No. 1 by the ITA. Baron and Dupré also were named SEC Players of the Year in those seasons, and Dupré added National Player of the Year in 1997.

Jackson coached Laurent Miquelard and Joc Simmons to the 1994 NCAA Doubles championship, becoming the only coach in the history of collegiate tennis to coach men’s and women’s doubles national champions at the same school. In 1989, he led Jackie Holden and Claire Pollard to the national title.

Jackson began his coaching career as the women’s head coach at Mississippi State, a post he held from 1984-89. In addition to coaching, he also maintained an ATP Tour World Ranking from 1986-88.

Jackson lettered twice for the University of Kentucky, playing at No. 2 in singles and doubles. He was a team captain on the Wildcats’ 1984 NIT championship squad and also earned the school’s Outstanding Christian Athlete of the Year Award. He was inducted into the UK Tennis Hall of Fame on July 26, 2008. As a prep player at Franklin County (Ky.) High School, he lettered in basketball and tennis, helping the tennis team to a 79-1 record.

Born Aug. 14, 1961 in Oneida, Ky., Jackson graduated from the University of Kentucky. He is a descendant of former U.S. President and War of 1812 hero Andrew Jackson as well as Confederate General Thomas “Stonewall” Jackson.