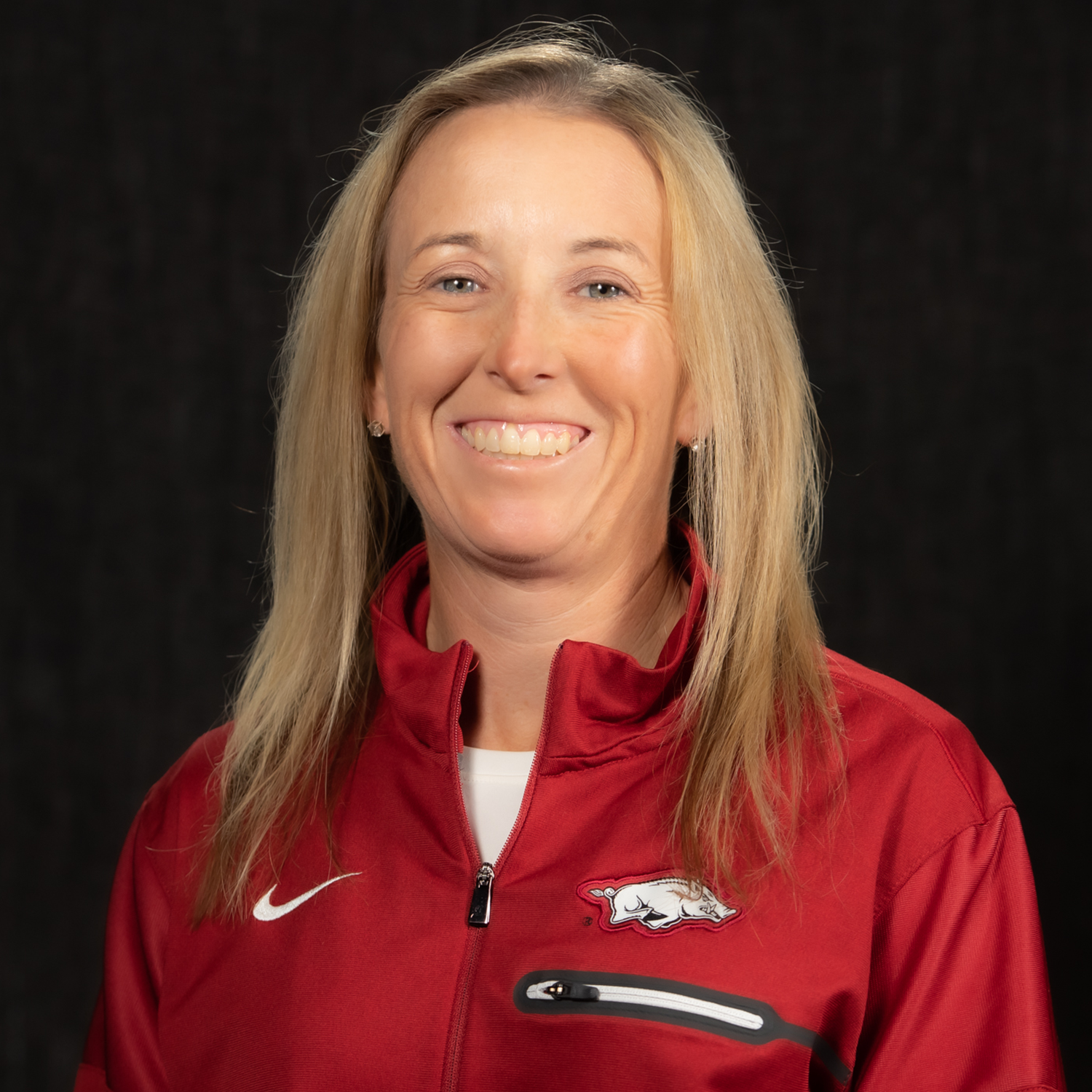 Annie Smith joined the Razorback staff in the summer of 2019 and completed her second season at Arkansas in 2021. Smith brings a wealth of coaching experience to Fayetteville after stints as an assistant at Auburn, LSU, Mississippi State and Missouri and six years as the head coach at Georgia Southern.

Since she began her career, Smith has coached eight All-Americans, 56 All-Conference selections and 41 All-Region honorees. Her squads have been equally as impressive in the classroom, garnering 123 NFCA Academic Scholar-Athlete honors.

Smith also boasts professional experience, as she was an assistant coach for the Chicago Bandits of National Pro Fastpitch (NPF) in 2017.

Before rejoining the SEC, Smith served as the head coach at Georgia Southern for six seasons (2012-17) where she complied a 176-166 record and reached the NCAA Tournament twice (2012, 2013). Smith led the Eagles to Southern Conference regular season championships in 2012, 2013 and 2014 and two conference tournament titles in 2012 and 2013. For her efforts, Smith was honored as the conference’s coach of the year in 2012 and 2014. In 2012, Smith guided Georgia Southern to a 44-22 overall record and a 22-2 mark in the SoCon, setting school records for most overall and conference wins in a season. She stands as the quickest coach in Georgia Southern history to 100 wins, while her teams rewrote the record books for home runs, doubles and fielding percentage. She was instrumental in the development of the three-time conference pitcher of the year and the two-time freshman of the year in the league.

Before Georgia Southern, she spent nine seasons on staff at Mississippi State and earned the title of  at associated head coach following the 2007 season. The Manhattan, Kan. native helped the Bulldogs to 295 victories and six NCAA Regional appearances. She worked with three USA Softball National Team members and the back-to-back SEC Player of the Year in 2003 and 2004. From 1999-2002 Smith served as an assistant coach at Missouri after she spending 1996-99 as a graduate assistant for the Tigers. While at Missouri, she helped the team appear in two NCAA Tournament appearances and capture the 1997 Big 12 Conference title.

Smith received her bachelor’s degree in history and psychology from Grinnell College (Iowa) where she was a captain on the softball team. She went on to earn a master’s degree from Missouri in health and exercise science with an emphasis in sports psychology.