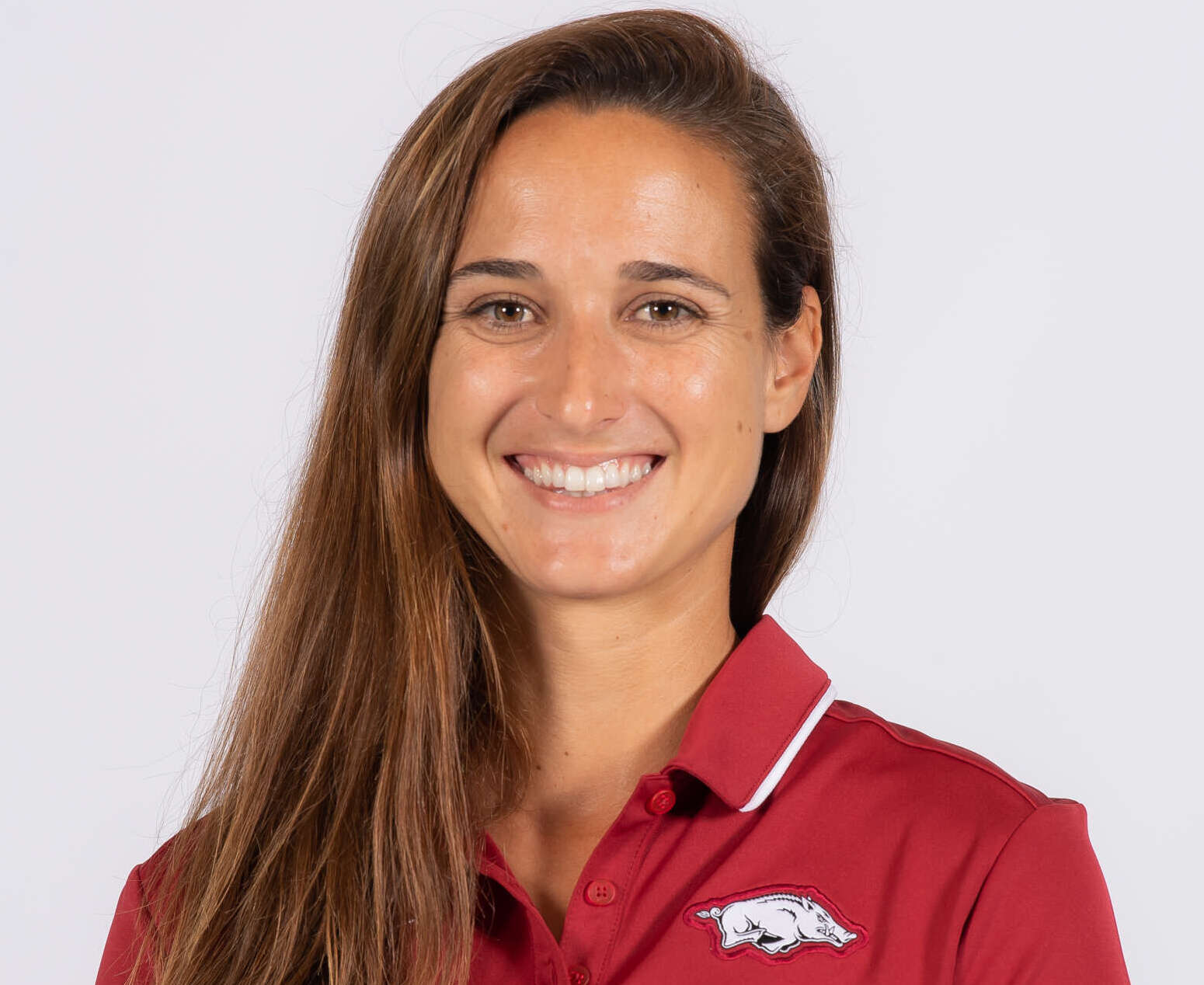 Cristina Sanchez-Quintanar was named as the head women’s tennis coach at the University of Arkansas, Vice Chancellor and Director of Athletics Hunter Yurachek announced on Thursday, June 10, 2021. The 2019 ITA National Assistant Coach of the Year was previously serving as the assistant coach at the Unversity of Central Florida.

In her first year as the Head Women’s Tennis Coach, Cristina Sanchez-Quintanar led the Razorbacks to a 16-10 overall record and 8-5 in the Southeastern Conference. The eight SEC wins were the most for the program since 2009 and earned the team a 5th place conference finish, the highest since 2009 as well. Sanchez-Quintanar’s Razorbacks finished 34th in the ITA Rankings after a first-round appearance in the NCAA Tournament.

Sanchez-Quintanar (pronounced KEEN-ta-nahr) comes to Arkansas after five successful seasons at UCF under head coach Bryan Koniecko. Most recently, she helped guide the Knights to an impressive 20-5 record in 2021, leading to the program’s second-consecutive American Athletic Conference title and the program’s first-ever national seed in the NCAA Tournament. During Coach Sanchez-Quintanar’s tenure at UCF, the program has elevated from being ranked outside of the Top 100 nationally, to becoming a Top 10 team this season.

“After spending some time with Cristina, it was clear to me that she is deeply passionate about the sport of tennis and committed to the success of her student-athletes,” Yurachek said. “She is a hard worker and incredibly competitive. Those traits served her well as a three-sport student-athlete in the SEC and have been hallmarks of her coaching career as well. As a student-athlete and then a coach, Cristina has been successful at every stop in her career. She was instrumental in assisting Coach Koniecko in building a national women’s tennis power at UCF and understands what it takes to build and maintain a nationally competitive tennis program.”

She helped coach the Knights to multiple impressive wins this past season, including a historic win over then-No. 4 FSU in Tallahassee. The victory over the Seminoles was the first time the Black and Gold had beat a top-five team in program history, propelling UCF to a program-high No. 8 ranking in the Oracle/ITA polls. After earning the No. 9 seed for the NCAA tournament, the Knights posted back-to-back post-season wins, advancing as far as the Sweet 16.

Sanchez-Quintanar played a key role in UCF’s recruiting process, with proven success recruiting internationally and consistently building top-recruiting classes year after year. She also helped manage the team budget, travel and equipment while building and maintaining relationships with faculty and staff on campus to ensure that the welfare of her student-athletes was being emphasized on and off the court.

“I want to thank Hunter Yurachek and Rick Thorpe for trusting me and letting me be part of such a prominent tennis program,” Sanchez-Quintanar said. “I am looking forward to start working with this group of young ladies and help them with their development on and off the court. I understand the challenges that come with this position at such a prestigious university and conference. I cannot wait to put my feet in Fayetteville and take over the opportunity of putting this Razorback family back at the top.”

A native of Campo de Criptana, Spain, Sanchez-Quintanar played professionally on the WTA from 2014-16, ranking as high as No. 365 in singles competition and No. 343 in double action. She was a doubles champion at five Future Tournaments and played in the finals of seven single events, winning one in Madrid, Spain.

Prior to her professional career, Sanchez-Quintanar attended Texas A&M where she was a three-sport athlete, competing in tennis, basketball and soccer from 2011-14.

In 2013, she won the SEC singles and doubles championships for the women’s tennis team and went on to lead the Aggies to a runner-up finish in the NCAA Team Championships.

Sanchez-Quintanar capped off a championship senior year with additional postseason appearances in basketball and soccer, winning the SEC Championship and reaching the Sweet Sixteen on the pitch in the fall of 2013 and then going to the Elite Eight under head coach Gary Blair on the hardwood in the winter of 2014. She is the only female in Aggies history to qualify for the NCAA Tournament in three sports.

On the tennis court, she was a two-time All-American, ranking as high as fifth in singles and No. 18 in doubles. Individually, she qualified for the NCAA Singles Championships three times with her top finish coming in 2012 when she reached the quarterfinals.

“In Cristina Sanchez-Quintanar, Hunter Yurachek has landed a resounding victory for the University of Arkansas, for the athletic department, and for all current, past and future Razorback tennis players. Cristina, above all else, has a kind, loving and deeply compassionate nature. As a player, her record as a three-sport athlete and her accomplishments on the tennis court and in the classroom speak to her industriousness, smarts and drive. Cristina is a winner and will serve the student-athletes in a way that allows them to become champions and winners too. In her time as an assistant, she has already been spectacular. Her journey as head coach is one to watch and enjoy! I’m delighted for Cristina and for Razorbacks everywhere!”

“The University of Arkansas is gaining a great tennis coach, but an even better person. It has been a tremendous journey and such a pleasure to work alongside Cristina these last five seasons. Cristina has played an integral role in the success of UCF women’s tennis and helping us climb to a top-ten ranking. She is a phenomenal coach and has put her blood, sweat and tears into this program and I know she will give nothing less than that to her new home. From UCF, myself and our team, thank you does not do it justice, but I am proud of her and can’t wait to watch her continue to grow as a leader.”