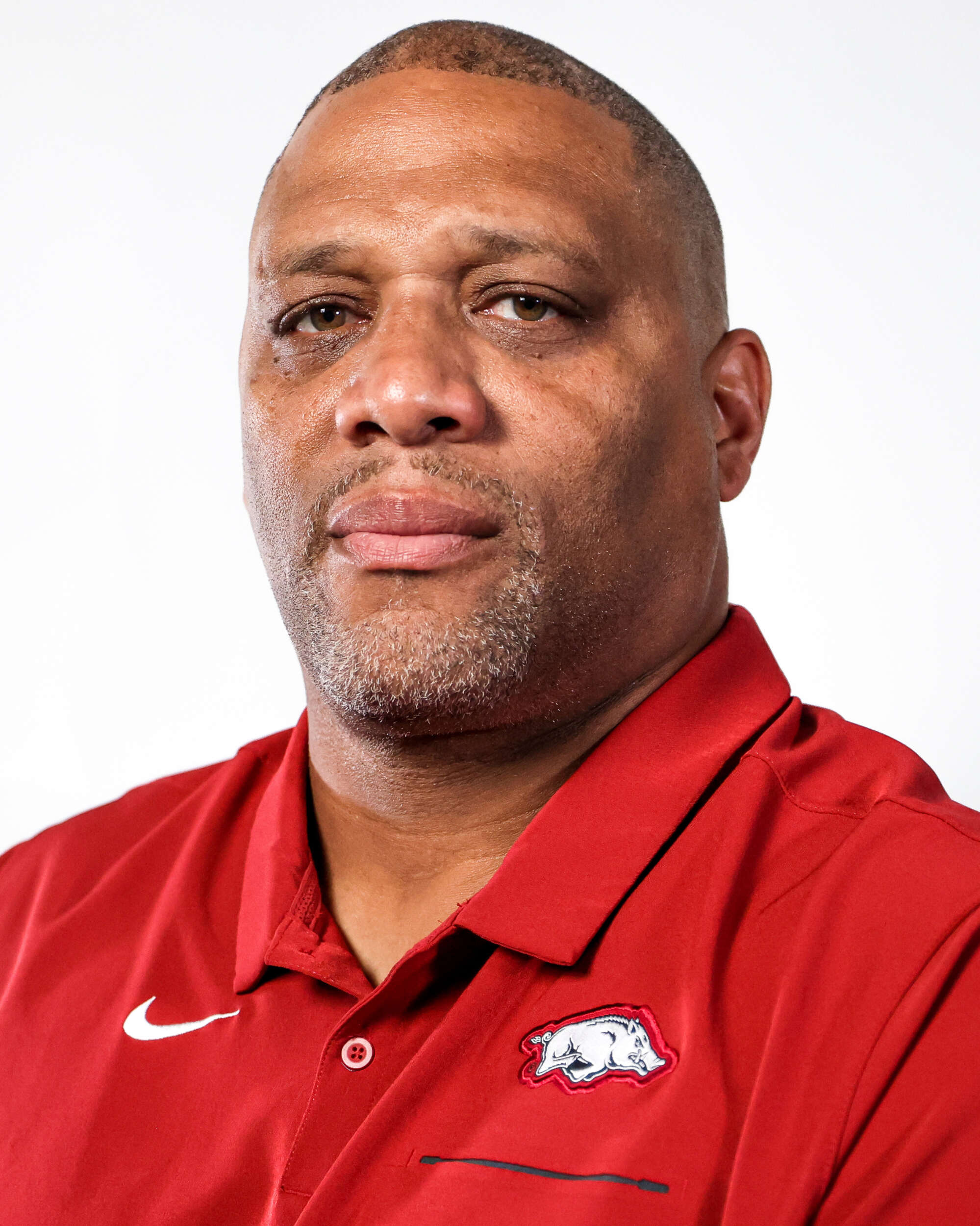 Adams joins the Hogs with a wealth of coaching experience having coached at numerous levels over 20+ years after starring at linebacker at Southern Miss as a player in the 1990s. The Mississippi native heads to The Hill after spending the 2021 season at Florida International. In his lone season with the Panthers, Adams turned sophomore defensive tackle Davon Strickland into an All-Conference USA Honorable Mention performer with 53 tackles, including three sacks and six tackles for loss.

Adams is no stranger to the SEC having coached at Ole Miss (2020), Mississippi State (2019) and South Carolina (2013-15). At South Carolina under Head Coach Steve Spurrier, he helped the Gamecocks to a pair of bowl wins while coaching 2014 NFL No. 1 pick Jadeveon Clowney. Adams’ front also featured defensive tackle Kelcy Quarles, who earned first-team All-SEC and All-America honors along with Clowney. Quarles and Clowney became the first South Carolina duo since 1984 to earn All-America status in the same season.

Adams has helped develop six NFL draft selections, including a pair of first round picks. During his first stop at North Carolina, he coached All-American defensive tackle Sylvester Williams in 2012. Williams was selected 28th overall by the Denver Broncos in the 2013 NFL Draft. The Tar Heels ranked third in the ACC that season with 97 tackles for loss with Adams’ group responsible for 40 of them. Williams and Kareem Martin were one of the ACC’s most dominant defensive line duos, combining for 29 TFLs. Martin ranked third in the conference with 15.5 and Williams finished sixth with 13.5.

Before his first stop at North Carolina, Adams spent three seasons (2009-11) at his alma mater Southern Miss as defensive line coach for Head Coach Larry Fedora. Among the players he developed were first-team All-Conference USA defensive end Cordarro Law and second-round 2013 NFL Draft pick Jamie Collins. During his first season back in Hattiesburg, he coached a young group that helped the Golden Eagles finish the season ranked 18th nationally in sacks and 24th in tackles for loss after finishing 93rd and 68th, respectively, in those two categories the previous season.

In 2011, Adams’ helped the Golden Eagles to the Conference USA championship and a 12-win season capped by a Hawaii Bowl victory over Nevada. His front four allow led the effort to allow only 112.6 rushing yards per game and rank 22nd nationally.

Prior to Southern Miss, he coached linebackers at Louisiana-Monroe while also serving as the coordinator of player development. He spent the 2006 and 2007 seasons at FCS level North Carolina A&T. Adams was elevated to interim defensive coordinator during his first season at North Carolina A&T after two games before earning the job on a permanent basis headed into the 2007 season. He coached the Aggies’ defensive line in 2006 and took over the linebackers in 2007 in addition to his coordinator duties the following season.

Adams also knows his way around the Natural State having spent four years at Ouachita Baptist (2002-05) coordinating the defense and coaching the defensive line in his last season.

He coached in the junior college ranks at Pearl River (Miss.) Community College from 1998-2002, serving as the linebackers coach during his first three seasons before being named co-defensive coordinator and secondary coach in addition to his role as recruiting coordinator in 2001.

Adams began his coaching career in 1997 as the defensive line coach at FCS level Jacksonville (Ala.) State.

A three-year letterman at Southern Miss, Adams played a key role as part of the Golden Eagles’ “Nasty Bunch” defense as a linebacker. He wrapped up his collegiate career in 1994 with 76 tackles, five tackles for loss, one sack and one interception.

In the classroom, he was a four-year member of the Dean’s List. He earned his bachelor’s degree in psychology and sports administration in 1995 before picking up a master’s degree in 1996 from Southern Miss.

Adams is married to the former Alexis Hall, a member of the 1,000-point club and four-year letterwinner for the Southern Miss women’s basketball team. The couple has two boys, Jaylen and Jordyn – who was a MLB Draft first round pick by the Los Angeles Angels of Anaheim in 2018.