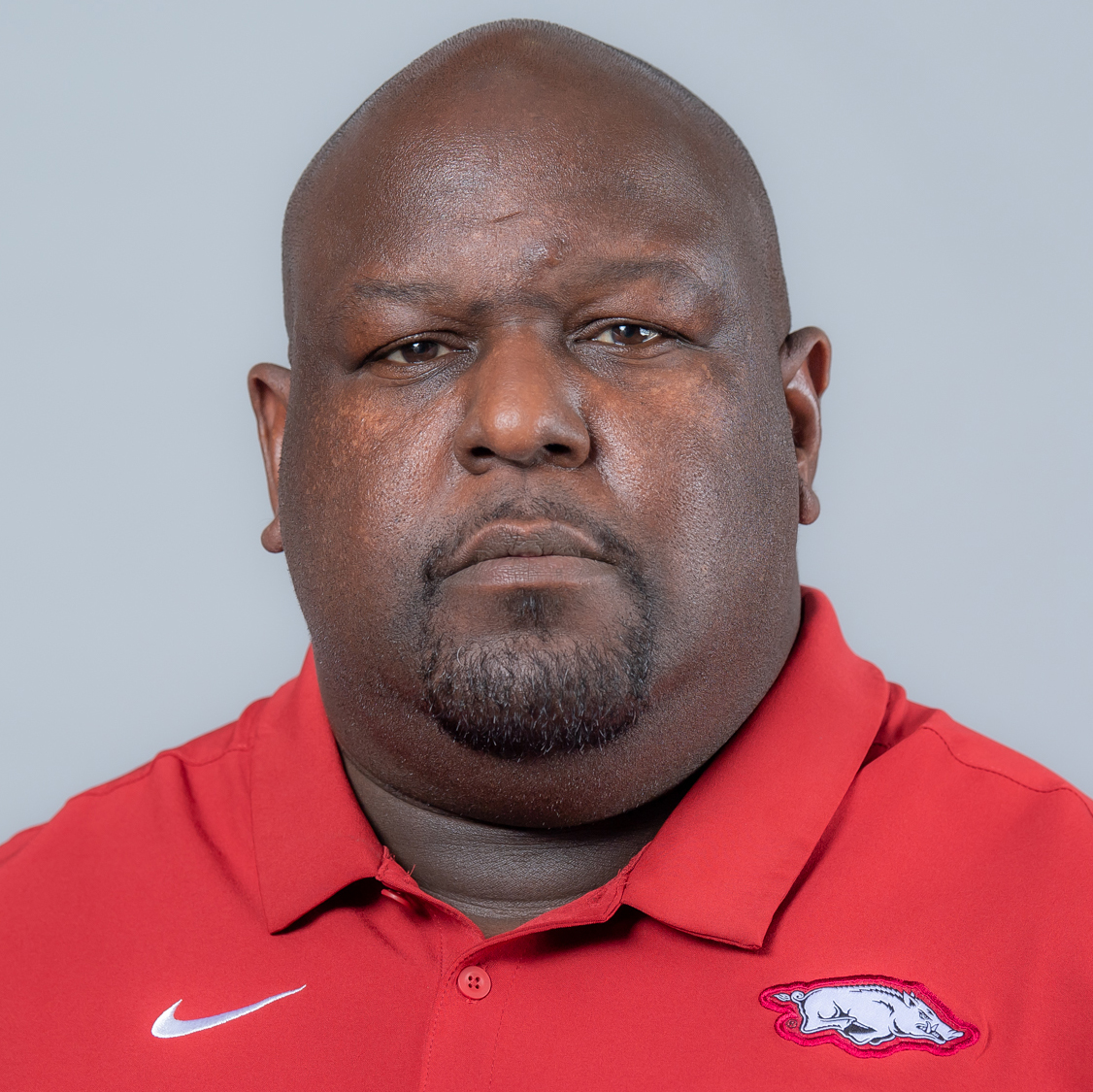 LeBlanc (pronounced “luh-blon” the “c” is silent) brings SEC experience from LSU and Kentucky and ties to the state of Arkansas having coached at Henderson State (2001-04) and Arkansas Tech (2005).

At Kentucky over the last three seasons, he helped build the Wildcats into a solid program going to three straight bowl games, including a win over Penn State in the 2019 VRBO Citrus Bowl to cap a 10-win campaign. Kentucky went 25-14 overall in his three seasons in the Bluegrass State.

His 2019 defensive line led the way for the Wildcats into opposing backfields, contributing 18 of Kentucky’s 33 sacks that ranked fourth in the SEC. Senior Calvin Taylor Jr. paced the Cats with 8.5 to finish second in the league. LeBlanc’s line also added 37 tackles for loss with Taylor Jr. and Josh Paschal each totaling 9.5 – second-most on the team. The group also forced eight fumbles.

LeBlanc’s maturing defensive line totaled 23.5 tackles for loss and 9.5 quarterback sacks in 2018, well up from 2017. His unit helped the Cats win 10 games for the first time in 41 years, including five SEC games and a 6-1 mark in Lexington. Kentucky’s defense ranked fourth in the league allowing 337.9 yards per game and averaging nearly three sacks per game.

With no senior starters in 2017, LeBlanc’s young defensive line played a key role in helping the Wildcats hold six opponents under 100 rushing yards, the first time UK had accomplished that feat since 1949. Kentucky also improved points allowed and third-down efficiency. Junior Denzil Ware was among the SEC’s best with 6.5 sacks and 9.5 tackles for loss.

LeBlanc arrived at Kentucky after one season as the defensive line coach at North Texas in 2016. He was a part of the Mean Green’s remarkable turnaround from winning just one game in 2015 to five wins and an appearance in the Zaxby’s Heart of Dallas Bowl in 2016. The Mean Green defense ranked 13th nationally in defensive turnaround in points per game, allowing 41.2 points per game in 2015 and 32.6 in 2016. They also ranked third in Conference USA in pass defense, allowing just 200.2 yards per game.

He spent one season as the defensive coordinator and defensive line coach at Pearl River Community College in Poplarville, Mississippi in 2015.

During the 2013 and 2014 seasons, LeBlanc helped revitalize the defensive line at Southern Miss. In his first year he managed a defensive line led by Khyri Thornton, who was named second-team All-Conference USA and selected in the third round (85th overall pick) by the Green Bay Packers in the 2014 NFL Draft. Under LeBlanc’s tutelage, Thornton recorded 39 tackles, including 16 solo tackles and 23 assisted tackles. He also coached first-team All-Conference USA selection Rakeem Nunez-Roches, who was a sixth round pick of Kansas City in 2015.

LeBlanc spent one season (2012) at Wyoming where he tutored Mike Purcell to first-team All-Mountain West honors. Purcell was third on the team in tackles with 83 while recording eight tackles for loss. He was signed as an undrafted free agent with the San Francisco 49ers, playing in 25 games over three seasons before joining the Denver Broncos in 2019.

LeBlanc was an assistant strength and conditioning coordinator at LSU from 2008-11 under head coach Les Miles. The Tigers had stellar success in his four seasons on the bayou capturing the 2008 Chick-fil-A Bowl and 2011 Cotton Bowl and playing in the 2010 Capital One Bowl. LSU won the SEC Championship in 2011 to earn a spot in the 2012 BCS National Championship Game, losing to Alabama in a rematch from the regular season.

LeBlanc’s first full-time college coaching position was at Henderson State University in 2001. He coached the defensive line and served as the Reddies’ strength and conditioning coordinator for four seasons (2001-04).

LeBlanc, a native of Breaux Bridge, Louisiana, was a four-year football letterman at Northwestern State University (1992-96). He played both defensive and offensive line during his playing career and earned Southland Conference All-Academic honors as both a junior and senior. He graduated from Northwestern State with a degree in business administration and earned a master’s degree in sports administration from LSU.

He and his wife, Niema, have two sons, Dayton and Derrick, and one daughter, Kennedy.