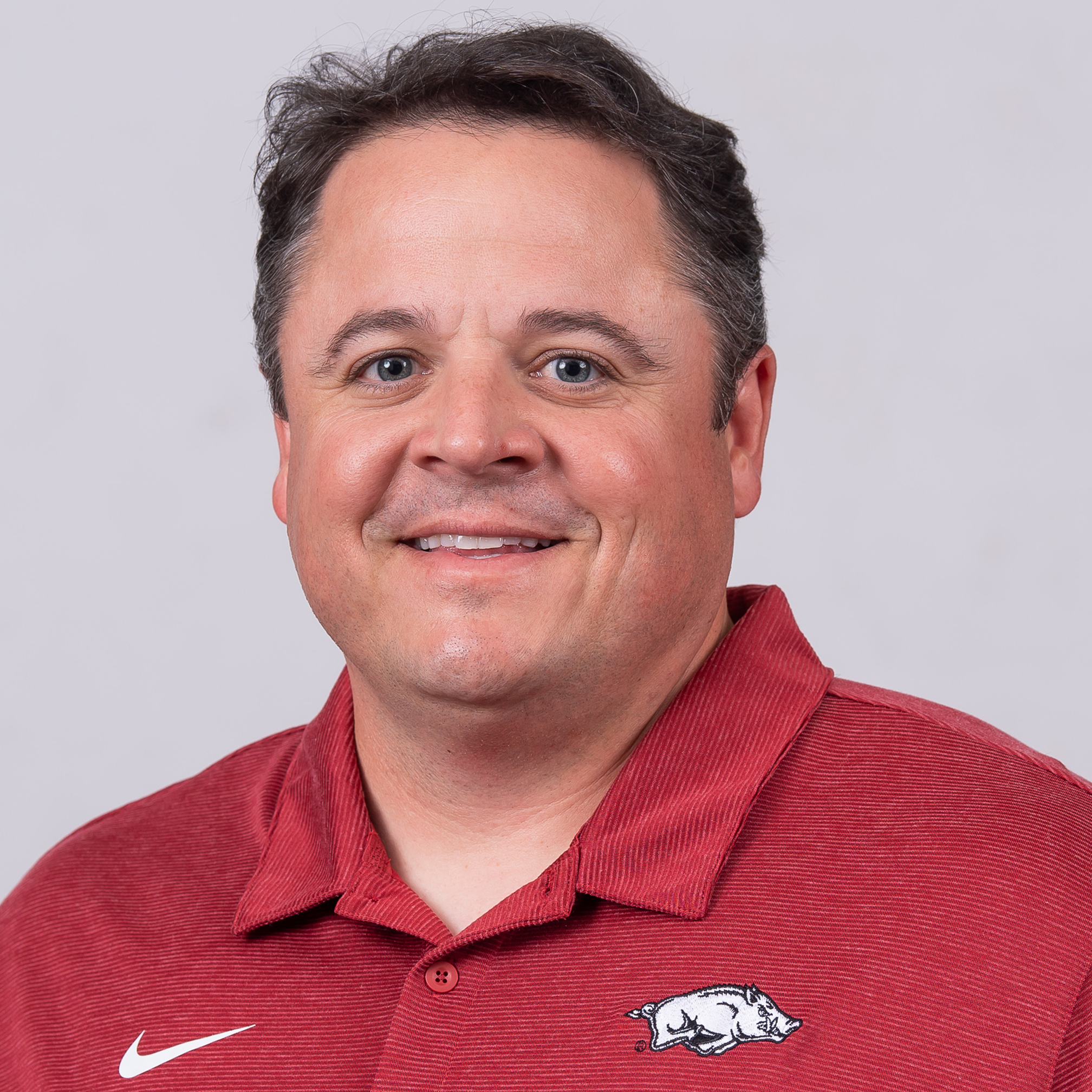 In his first season back on The Hill, Loggains took a group of tight ends with limited experience and molded them into a solid contributor on an Arkansas offense that saw vast improvement. Senior Blake Kern started all 13 games and hauled in 15 passes for 183 yards and a pair of scores, including one on a fake field goal at Alabama. Loggains also oversaw the transition of Trey Knox from wide receiver to tight end during the season. Knox’s move paid off for the Hogs with his 20 catches ranking third on the team. The junior caught passes in each of the Razorbacks’ final five games, including four for 47 yards at Alabama.

Loggains spent the 2019 and 2020 seasons as the New York Jets offensive coordinator and quarterbacks coach. During Loggains’ first season at The Meadowlands, he guided an offense that was among the league’s most proficient on opening drives, scoring 40 first possession points – tied for ninth most in the NFL. Quarterback Sam Darnold’s numbers saw an uptick from his rookie campaign, increasing his win total, completion percentage, passing yards, touchdown passes and passer rating while also lowering his interceptions.

Before joining the Jets, Loggains oversaw a Miami offense that averaged 4.68 yards per rush, the NFL’s ninth-best mark. The Dolphins also ranked second in the league with 14 passing touchdowns of 20+ yards. Additionally, he helped running back Kenyan Drake become one of just nine players in the league to register at least four rushing and receiving touchdowns while producing over 1,000 total yards.

In three seasons with Chicago, his first as the quarterbacks coach in 2015, Loggains mentored Jay Cutler to a career season as the 10-year veteran posted then single-season bests in passer rating and yards per attempt, all while reducing his interception total by seven from the previous season.

The following season in 2016, Loggains was promoted to offensive coordinator and helped running back Jordan Howard finish sixth in the league with 1,313 yards rushing as a rookie. In 2017, he helped Mitchell Trubisky, the second overall selection in the draft, transition to NFL starter as the quarterback finished second among rookie passers in yards and passer rating in 12 starts.

He also groomed another rookie, fourth-round pick Tarik Cohen, that season. The running back became the first rookie since 1965 and first player since 1975 to record a rushing, passing, receiving and punt return touchdown in the same season. Both running back Jordan Howard and guard Josh Sitton earned Pro Bowl selections under Loggains’ watch during the year as Howard again produced 1,000+ yards rushing.

In one season with the Browns, Loggains helped quarterback Brian Hoyer to a career season as the six-year veteran won seven games (in 13 starts) and threw for over 3,000 yards while the offense produced 31 passes of 25+ yards, the 10th most of any team in the league. He worked under offensive coordinator Kyle Shanahan, now the San Francisco 49ers head coach.

Beginning his coaching career with the Titans in 2006, Loggains spent eight seasons in Tennessee in a variety of roles, ultimately serving as the offensive coordinator for the final five games of 2012 and all of 2013. After head coach Mike Munchak elevated him to full-time offensive coordinator, he helped wide receiver Kendall Wright and running back Chris Johnson become just the organization’s fifth 1,000-yard receiving/rushing combo as Wright brought in 94 catches for 1,079 yards and Johnson gained 1,077 yards on the ground.

He began his career with the Titans as a coaching administrative assistant (2006-07) and quality control coach (2008-09) before spending the next three seasons as the quarterbacks/passing game coordinator, helping quarterback Vince Young achieve a career-high passer rating in 2010, garnering a Pro Bowl appearance.

Earning his start in the NFL with Dallas while working as a scouting assistant, he helped the Cowboys with opponent film breakdown and statistical analysis to be used for game-plan preparation.

Loggains walked on at Arkansas in 2000 as a quarterback and holder before earning a scholarship and becoming a four-year letterman, appearing in 50 games. In his career as a quarterback, he completed one pass for 11 yards and ran twice for five yards.

Loggains and his wife Beth – a former Arkansas cheerleader who he met on the 2000 Las Vegas Bowl trip – have four children: daughters Reese, Aven and Connor and son, Ryne.