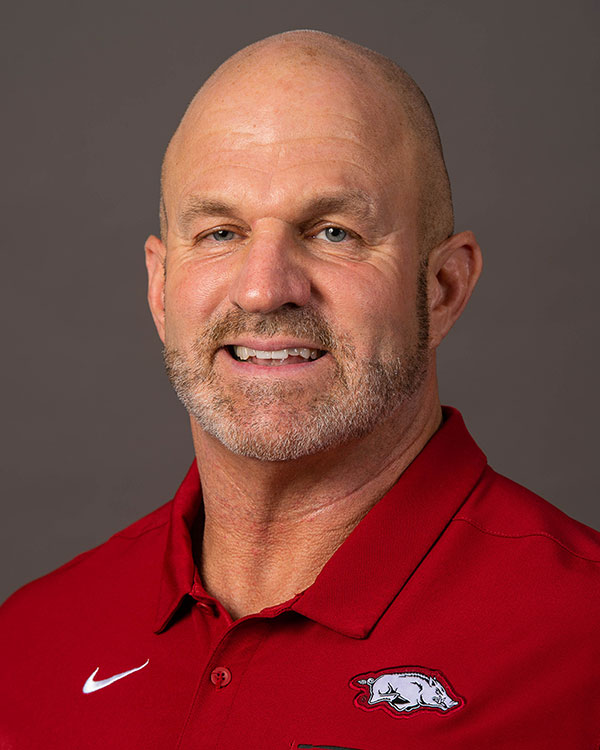 Ed Ellis begins his second year at Arkansas, rejoining the Razorbacks after working as the senior associate director of strength and conditioning at Georgia for four years.

Ellis enters into his 36th year in the field in 2022 including 25 years as a head strength and conditioning coach with stops at UCF, Georgia Tech, Wake Forest, Illinois State, Ole Miss and Arkansas. Ellis has worked with teams that have appeared in 20 bowl games.

In May of 2003, Ellis was awarded the highest honor in his field of expertise when he was certified as a master strength and conditioning coach (MSCC). The title of master strength and conditioning coach represents professionalism, knowledge, experience, expertise as well as longevity in the field. He is also CPR/AED certified. He serves on the Board of Directors for the CSCCA.

At UCF, Ellis worked directly with the football program while overseeing the strength, speed and conditioning efforts for UCF’s 16 sport athletics program. During his time at UCF, the Knights recorded four 10-win seasons including 12-1 in 2013 and 2014 Fiesta Bowl victory over Baylor.

Prior to his stretch at Wake Forest, Ellis spent four years, from 1991-94, as head strength and conditioning coordinator at Illinois State and two years (1989-91) as an assistant strength coach at Ole Miss. He began his career as a graduate assistant at Arkansas from 1987-89.

Ellis earned his bachelor’s degree in physical education and health from Alabama in 1987 and received a master’s degree in education from Arkansas in 1989.

He is married to the former Dyann Edmondston of Medford, New York. The couple have two daughters, Jessica and Nicole, and two sons, Eric and Brian.