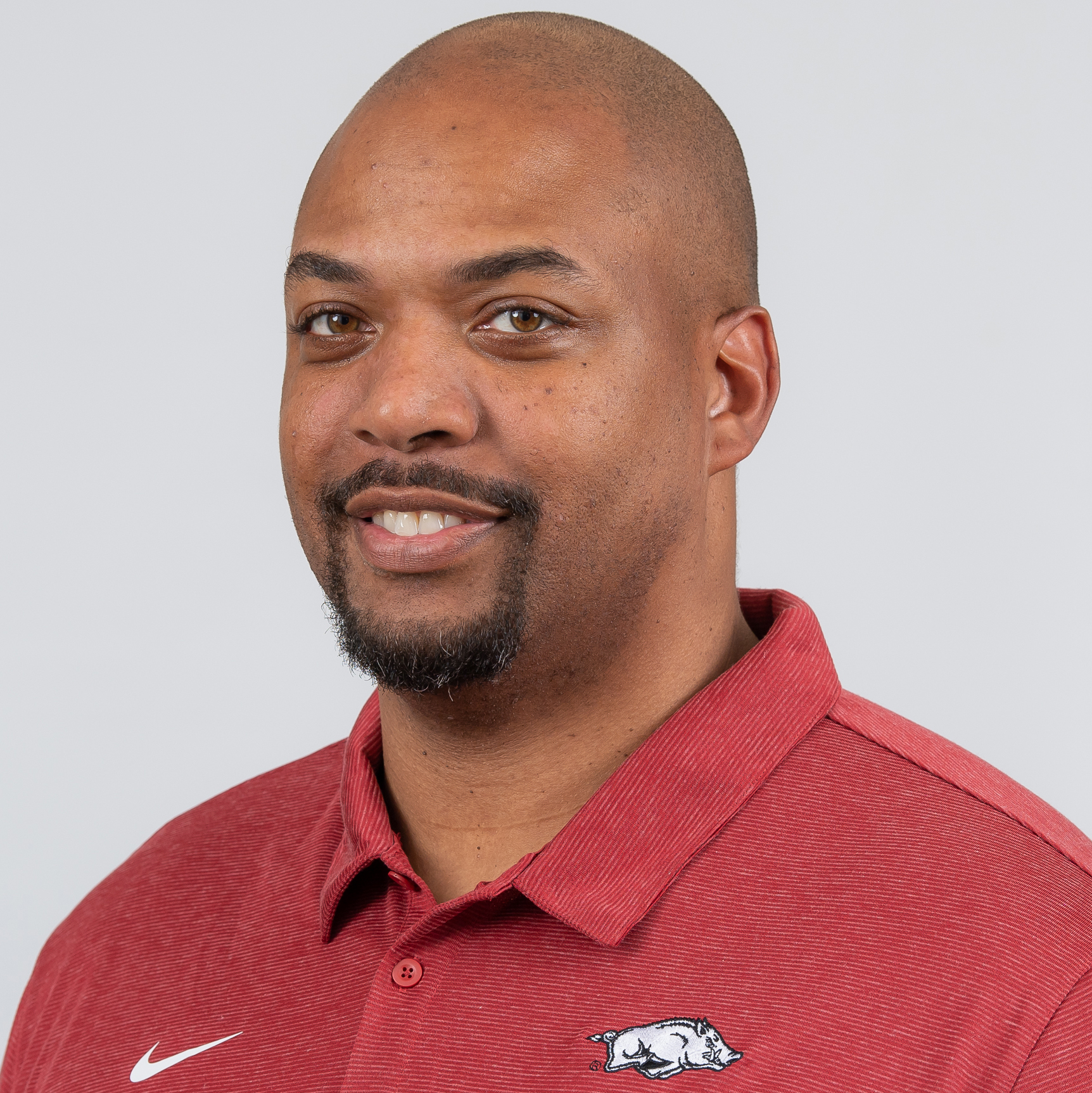 Jermial Ashley begins his first season as Arkansas’ defensive line coach in 2021 after spending the last six seasons (2015-20) in the same role at Tulsa.

In 2019, Ashley coached a defensive line that saw Trevis Gipson get selected in the fifth round of the NFL Draft by Chicago. In 2018, he helped the Tulsa defense transition from a base 4-man front to a 3-3-5 alignment, improving defensive numbers. The team recorded the nation’s eighth-best pass defense, while allowing opponents 120+ yards less in total offense than a year earlier. Ashley’s second season saw an improvement by 110.1 yards and 10 points per game. He was part of two more bowl appearances at Tulsa in the 2015 Camping World Independence Bowl and 2016 Miami Beach Bowl.

Ashley spent 2013-14 at Trinity Valley Community College in Texas, helping the Cardinals go 22-2. In his first season, the Cardinal defense led the Southwest Junior College Football Conference (SWJCFC) in total defense, rushing defense, scoring defense and quarterback sacks. TVCC posted a 10-2 record that season, while winning the SWJCFC title, regional championship and the Heart of Texas Bowl with a 72-23 win over Mesa (Ariz.) College. TVCC repeated as conference, regional and Heart of Texas Bowl Champions in 2014 while compiling a perfect 12-0 record.

Ashley was a graduate assistant at Oklahoma State for three seasons (2010-12) working with defensive coordinator and defensive line coach Bill Young. Ashley was on staff when the Cowboys went to the 2010 Alamo Bowl, 2011 Fiesta Bowl and 2012 Heart of Texas Bowl. During his time at OSU, Ashley helped coached three defensive linemen who earned all-Big 12 honors, including Ugo Chinasa, Jaimie Blatnik and Big 12 Newcomer of the Year Calvin Barnett.

A native of Fort Worth, Texas, Ashley attended Keller Fossil Ridge High School and played two seasons at Tyler Junior College, where he was an NJCAA All-America defensive end. He then enrolled at Kansas, where he was a two-year starting defensive end for the Jayhawks and earned All-Big 12 honors in 2004 and 2005.

Following his playing career, Ashley signed a free agent contract with the Cleveland Browns. He also spent a few years in private business before entering the coaching profession at Oklahoma State in 2010.
Ashley earned his bachelor’s degree in economics from Kansas in 2008. He and his wife, Calli, have two daughters, Eliana and Emory, and son Miles.