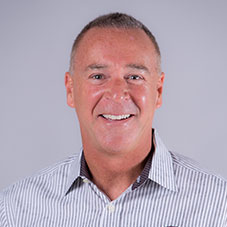 The most successful basketball programs all have a few key elements in common.

Excitement
All successful programs are filled with excitement. They are exciting to watch and to be a part of.

Commitment
It takes a lot of people to make a program successful and they all have to be committed to the effort. It starts with the coaches and staff and extends to the players but the best programs in the country take it further. Everyone who impacts the program, from professors, athletic trainers, academic coordinators, administrators and fans, all have to be willing to work toward the same goal of excellence in all areas.

Performance
Finally, successful teams have to perform at a high level every day. Whether in the classroom, in the community or on the court, doing things the right way is vital to the program’s success.

The University of Arkansas made a move to become a more successful program on March 30, 2014, when they welcomed Jimmy Dykes as the eighth head coach of the Razorback women’s basketball team.

“After meeting with him and discussing our program, it was clear to me that Jimmy Dykes is not only the best leader for our women’s basketball program, but also the best Coach for the student-athletes in our program,” Long said. “I have known Jimmy for many years but learned of his passion and commitment to his alma mater, the University of Arkansas, when I arrived on campus. I have always respected his tremendous basketball knowledge and his understanding of the game, but as I got to know Jimmy better, l became aware of his strong coaching background including his tenures at some of the nation’s top college basketball programs. Jimmy’s coaching pedigree working with some of the best coaches in the business, combined with his ability to teach the game of basketball, made him the clear choice as the head women’s basketball coach at the University of Arkansas.”

In his first season on The Hill, Dykes made immediate in roads in the state and in the nation. He stated in his press conference that he wanted players to not just be from Arkansas, but to “Be Arkansas”. That phrase has become synonymous with his program. It means more than just keeping in-state players home. It means for all the players, coaches and fans who support our program to embrace all things Razorback.

In his hiring press conference, Dykes vowed to return the Razorbacks to the postseason and to build a foundation on which Arkansas’ fans could look forward to many years of success on the court, in the classroom and in the community.

In his first season, Dykes coached a squad of just nine players to an 18-win season and the NCAA second round – just the program’s second NCAA Tournament appearance in the last 11 seasons. He coached sophomore Jessica Jackson to her second consecutive All-SEC selection and watched as seniors Calli Berna and Jhasmin Bowen graduated.

He also kept his promise to put a fence around the state signing eight players in his first class including the top three in-state student-athletes.  His first recruiting class was ranked No. 20 by ESPN HoopGurlz.

The success in his second season, 2015-16, might not be as evident as the first year – but they are present. The Razorbacks had the program’s best grade point average for the year, kept the best in-state players home, graduated three student-athletes and saw Jessica Jackson become just the fourth player in program history to earn All-Southeastern Conference First-Team honors.

It was another great year to build on.

In addition, Dykes spent three seasons working as a college scout for the National Basketball Association’s Seattle SuperSonics before moving into broadcasting with ESPN on a full-time basis. Dykes, who has maintained his home in Arkansas, also served as the Shiloh Christian Athletic Director and worked as a coach with the Saints.

Dykes is married to the former Tiffany (Beasley) and the couple have a daughter, Kennedy. Tiffany is a graduate of the University of Arkansas and was Razorbacks’ head cheerleader during both the 2000-01 and 2001-02 seasons.