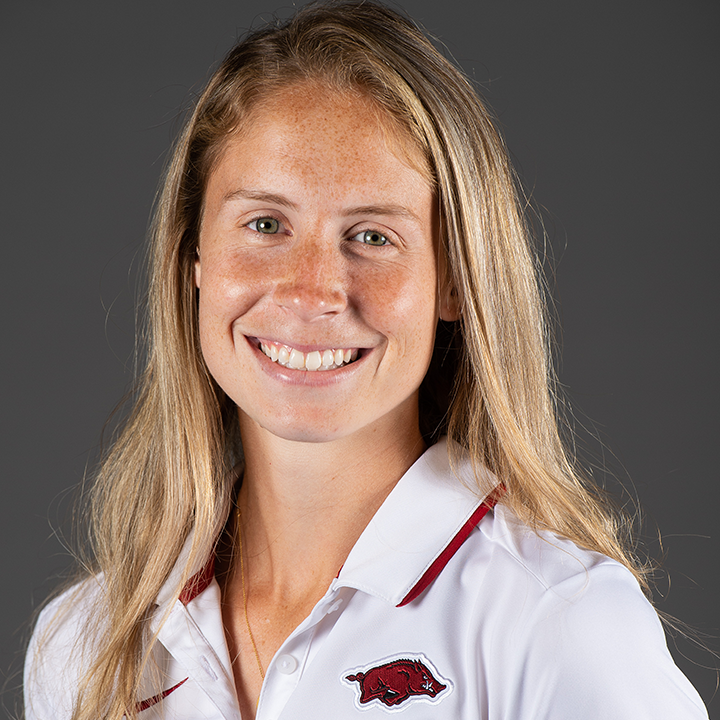 Guerin comes to Fayetteville after spending the previous two seasons at James Madison University. In her first year with the program, Guerin assisted in bringing JMU its first Colonial Athletic Association title in program history with a 4-2 victory against William & Mary. The Dukes advanced to the NCAA Championship for the first time, where they faced #5 Duke in the first round.

JMU finished the 2018-19 season with a 14-9 record, ranked seventh in the Oracle/ITA Division I Atlantic Region and Daria Afanasyeva was the 13th-ranked singles player in the region.

In her second season as an assistant, the Dukes were off to a 10-4 start before spring sports nationwide were suddenly canceled due to COVID-19.

Prior to JMU, Guerin spent eight months playing professional tennis, reaching a career-high singles ranking of #1,180 in singles and #1,202 in doubles.

Guerin also received a career-high ITA national ranking of #33 as a senior for the Deacons, while appearing in the NCAA Championship as a singles player during her junior and senior campaigns.

While attending Wake Forest, Guerin was named to the All-ACC Academic Team during her final three seasons and was named an ITA Scholar-Athlete in each of her four years.

Guerin graduated with a Bachelor of Arts in Psychology and a minor in English in May of 2017, before returning to Wake Forest the next fall and earning a Master of Science in management in May of 2018.