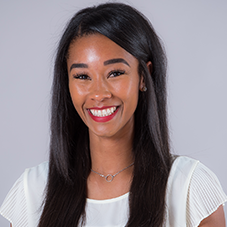 Head Coach Mike Neighbors filled Arkansas’ assistant coach vacancy with a familiar face, as Lacey Goldwire was named to the position on Monday, May 17. This marks Goldwire’s second stint on the Hill, as she also served on Neighbors’ staff for the first two seasons of his tenure as the head coach at Arkansas (2017-19). The 2022-23 season is Goldwire’s fourth year on staff.

“Lacey Goldwire’s fingerprints are all over everything successful we’ve done with this program,” Neighbors said. “She impacted our roster, our locker room and our community for two years, and it started from day one. Having her back reunites our original crew that put our blueprint into action.  She will seamlessly return and help us knock down the next domino that’s in front of us. Lacey will assist me on the defensive side and in opponent scouting. She will team with recruiting coordinator Pauline Love to make sure our story is shared with future prospects. Lacey has touched virtually every aspect inside an SEC program and will be huge in helping us remain relevant among the game’s elite.”

For Goldwire, the 2021-22 campaign marked her 10th season full-time and her 14th year overall in the coaching profession, including stops at Oklahoma State, Morehead State, Iowa, Arkansas and most recently, Tennessee. She has been part of programs that have earned postseason berths in 11 of those 14 seasons, and would have a 12th if the 2020 NCAA Tournament hadn’t been canceled due to the coronavirus (COVID-19) pandemic.

During Goldwire’s two seasons on Rocky Top, UT forged a combined 38-18 overall mark and 19-10 record in SEC play, notching a pair of third-place league finishes and advancing to the SEC Tournament semifinals in 2021 for the first time since 2016. UT defeated four ranked opponents in 2020-21, including No. 2/3 South Carolina, and earned a No. 3 seed in the NCAA Tournament. The Lady Vols finished 17-8 overall and 9-4 in SEC games, ending the year ranked No. 14 in the AP Poll and 16th in the USA TODAY Coaches Poll.

As previously mentioned, Goldwire came to Knoxville via Fayetteville after two seasons of coaching the Hogs. She played an important role in the Razorback rebuild, as the Hogs went from 13-18 in Neighbors’ first season (2017-18) to 22-15 in 2018-19, including a trip to the SEC Tournament championship game and the WNIT’s third round.

Prior to joining Neighbors in Fayetteville, Goldwire contributed to four postseason appearances in as many years at the University of Iowa. She worked with the wing players and served as the recruiting coordinator for the Hawkeyes, helping set the table for a run to the 2019 NCAA Elite Eight.

Her initial season in Iowa City was the first of back-to-back trips to the NCAA Tournament. A 27-win season included a second-round appearance in the Big Dance in 2013-14. Iowa returned to the NCAA Tournament in 2014-15 and defeated 14th-seeded American (75-67) in the first round and 11th-seeded Miami (88-70) in the second round. The victory secured a Sweet Sixteen berth at home on Mediacom Court in Carver-Hawkeye Arena.

Goldwire spent the 2012-13 season as an assistant coach at Morehead State. Prior to joining the Eagles’ staff, Goldwire served on the Oklahoma State staff for four seasons — two as a student assistant (2008-10) and two as a graduate assistant (2010-12).

Following Oklahoma State’s tragic loss of its head and assistant coach during a plane crash in November of 2011, Goldwire was elevated to interim assistant coach, where she took on added recruiting duties. During her time with the program, the Cowgirls won 80 games and advanced to the postseason all four years, winning the 2012 WNIT championship.

A native of Oklahoma City, Goldwire played collegiately at East Central (Okla.) University, where she ranks fifth in career scoring with 1,340 points. She averaged 21.1 points and 5.9 rebounds as a senior and was tabbed Lone Star Conference North Co-Player of the Year and Second-Team All-South Central Region. She also earned ECU’s Athlete of the Year honor in 2007-08. She was named honorable mention All-LSC following her sophomore and junior campaigns.

Goldwire, an all-state and all-city player at Del City (Okla.) High School, graduated from Oklahoma State with a bachelor of science in education and a master’s degree in teaching, learning and leadership in 2010.