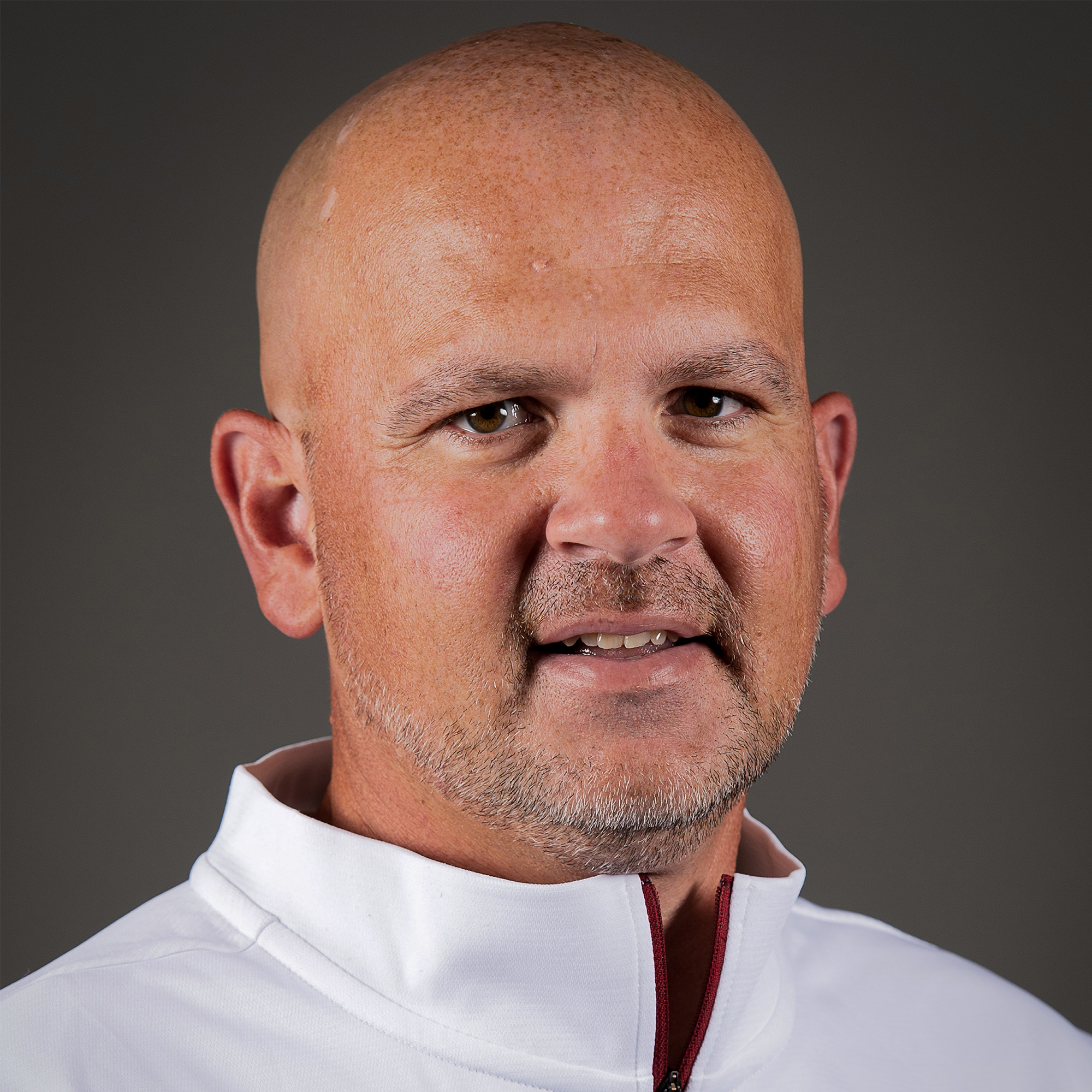 Matt Meuchel joined the Razorbacks’ coaching staff prior to the 2017 season and completed his fifth season in Fayetteville in 2021. Meuchel is one of the sport’s leaders in analytics and also coordinates the Razorbacks defense. He has previous head coaching experience at Nevada and was an assistant coach at Arizona State, McNeese and Oklahoma State.

The shortened 2020 season saw the Razorbacks earn a No. 19 final ranking in the NFCA Coaches’ Poll. Junior catcher Kayla Green earned SEC Player of the Week honors for the first time in her career and junior Hannah McEwen was named a Softball America Shortened Season All-America Third Team selection.

In 2019, Meuchel’s third year with the program, Arkansas saw two players named to the All-SEC teams, pitcher Autumn Storms was named second team and outfielder Hannah McEwen garnered first-team recognition. McEwen’s first-team selection was the first for Arkansas since 2012 and only the second in program history.

Meuchel’s defense helped support a pitching staff that recorded 12 shutouts in the spring, tied for the sixth most shutouts in program history. He helped the growth and development of infielder Haydi Bugarin, who finished the season fifth in the SEC with 122 assists.

In his first season in Fayetteville, Meuchel was part of a staff that helped orchestrate a 17-win increase and get the Razorbacks to the SEC and NCAA Tournament for the first time since 2013. Individually, the team had two All-SEC performers in A.J. Belans and Autumn Storms while Storms and Nicole Schroeder both earned NFCA All-South Region accolades.

Working with the Razorbacks’ infield, Meuchel’s tutelage resulted in a .968 fielding percentage which established a new program single-season record. At third base, Autumn Russell ranked eighth in the SEC with 134 assists while committing just five errors. Belans also finished inside the top 10 in the league with 131 assists from shortstop.

During his eight-season tenure as Nevada’s head coach, Meuchel guided his team to 196 victories. In 2016, the Wolf Pack posted a 32-15 overall record with a 10-10 mark in the Mountain West Conference. It was the program’s best season since joining the conference in 2013. Meuchel saw five of his student-athlete named to the 2016 All-Mountain West Conference Team including a pair of first-team selections.

After four years as an assistant coach for Nevada and two seasons with Oklahoma State, Meuchel returned to Reno as head coach in 2009 and responded by leading the team to a 40-19 record and an at-large bid to the NCAA Tournament. That season, Nevada tallied a 15-5 record within the Western Athletic Conference to claim a share of the regular-season title. Meuchel went on to earn his first NCAA victory as a head coach with a win over Cal Poly in the first round of the Palo Alto Regional.

Between his role as an assistant coach (2003-06) and head coach (2009-16) at Nevada, Meuchel helped the Wolf Pack collect 35 postseason all-conference individual accolades among 22 student-athletes including five WAC All-Tournament Team selections. That collection of awards included WAC Pitcher of the Year honors for Katie Holverson in 2009.

Meuchel was first hired at Nevada when the program was reinstated in 2003. After three seasons of rebuilding the program, and having been promoted to associate head coach, he was part of a postseason run in 2006 that included Nevada’s first-ever WAC Tournament title. With that triumph, Nevada advanced to the NCAA Tournament and played in the Corvallis Region, hosted by Oregon State.

The Missoula, Montana, native began his coaching career with assistant roles at Arizona State and McNeese State in 2001 and 2002, respectively. He also served as an assistant coach at Oklahoma State and helped four student-athletes to All-Big 12 honors in 2007 and 2008 between his two stints at Nevada. Meuchel returned to Reno as Nevada’s new head coach ahead of the 2009 season.

Along with his time as a collegiate coach, Meuchel carries past coaching experience at the international and professional levels. He was part of the coaching staff for the Greek softball team that competed at the 2004 Summer Olympics in Athens.

Additionally, Meuchel spent the summers of 2011 and 2012 as an assistant coach for the USSSA Pride in the National Pro Fastpitch (NPF) league. The Pride posted a combined 61-21 record and won two NPF regular-season championships with Meuchel on the staff. During the summer runs, he coached eight All-NPF selections, five Olympic gold medalists and two NPF Players of the Year; and was part of the 2011 NPF Coaching Staff of the Year.

Meuchel was married in the summer of 2009 to Joey Hall, and the couple has two children, Hudson and Charlie.