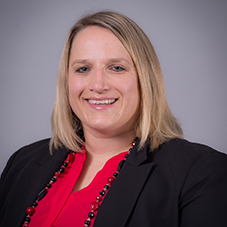 University of Arkansas volleyball head coach Jason Watson has announced the addition of Megan Wargo-Kearney to his staff as the program’s assistant coach. Wargo-Kearney comes to Fayetteville after eight seasons as an assistant coach at Truman State University where she helped guide the Bulldogs to six NCAA Tournament appearances and two conference tournament titles. Wargo-Kearney will also serve as the Razorbacks’ recruiting coordinator.

Truman accumulated an overall record of 183-87, good for a .678 winning percentage in eight seasons with Wargo-Kearney on the bench. The team was even better during Great Lakes Valley Conference play during Wargo-Kearney’s tenure, tallying a 103-45 record and a near .700 winning percentage against league competition. The Bulldogs won two GLVC Tournament titles in the past three years with championship runs in 2014 and 2016.

Wargo-Kearney took on a leadership role and served as Chair of the AVCA Division II Assistant Coaches’ Committee and created a leadership institute within the Truman athletic department for student-athletes in each of the program’s 21 sports programs. She also organized the volleyball program’s booster club and fundraising events. Since 2006, Wargo-Kearney has also served as the lead coach for Gold Medal Squared.

“I’m excited someone of Megan’s experience and knowledge is joining our staff,” Watson said. “She adds to a staff that not only has a strong passion for volleyball, but a deep commitment to building volleyball at the University of Arkansas into something special.”

Prior to her time at Truman, Wargo-Kearney began her collegiate coaching career at Lees-McRae College working with the women’s and men’s teams. In four seasons, she helped the women’s program to 100 victories and three-straight conference titles and three NCAA Tournament appearances.

Wargo-Kearney graduated from Gettysburg College where she was a three-time all-conference performer including Player of the Year honors as a senior. She led the team to three conference titles and three NCAA Tournament appearances. She was also an all-conference player for the Gettysburg softball team.

She earned a Master of Arts in Leadership at Truman State in December 2012 and is married to Truman football associate head coach Thomas Kearney.