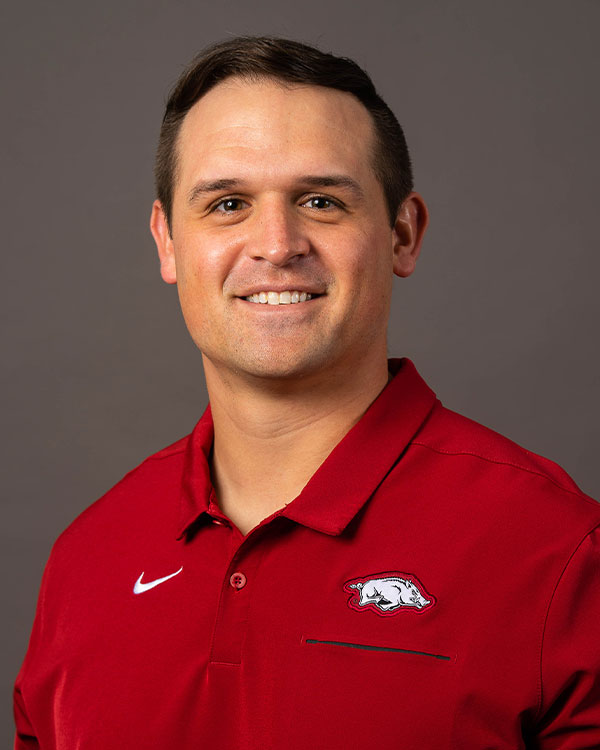 Michael Scherer enters his second season as Arkansas’ linebackers coach after his promotion from defensive analyst by head coach Sam Pittman prior to the 2020 season.

In his first season as the Razorbacks’ linebackers coach, Scherer produced one of the most productive groups on the team and best linebacker corps in recent memory. Team captain and Burlsworth Trophy winner Grant Morgan led the group, but it was Bumper Pool who led the team and ranked third in the Southeastern Conference in total tackles with a career-best 125 stops. Morgan and Pool teamed up with Hayden Henry to complete a tackling trio with all three making 100+ tackles. Morgan notched his second straight 100-tackle season with 101 and Henry made 100 stops to give Arkansas half of the top six tacklers in the SEC. For Morgan, it was his second straight season to eclipse the 100-tackle mark. Henry’s 100 tackles were a career-high after the senior had made just 83 tackles in 44 total games.

Pool garnered plenty of attention following the season, picking up second-team All-SEC honors from the league’s coaches and Associated Press to go along with third-team status from PFF and first-team recognition from Phil Steele. Henry was tabbed fourth-team All-SEC by Phil Steele and Morgan was an honorable mention on the PFF squad. Morgan also participated in the NFLPA Bowl before being signed by Jacksonville as a free agent.

Scherer’s linebackers helped improve an Arkansas defense that allowed 84 yards less in 2021 than 2020, including 39 fewer yards per game rushing. The Hogs’ defense also found themselves in the opponent’s back field more often in 2021, making 79 tackles for loss compared to 50 in 2020. Henry led the squad with 12 tackles for loss. Perhaps the most impressive stat, however, was in points allowed per game where the Razorbacks shaved 12 points per game off the team’s average compared to 2020 (22.9 ppg in 2021 – 34.9 ppg in 2020).

Scherer came with associate head coach/defensive coordinator Barry Odom from Missouri to Arkansas in 2020. He was vital in the turnaround of the Razorback defense, stepping into an on-field coaching role during the Florida week when Odom served as head coach during Pittman’s absence due to COVID-19.

A former linebacker at Missouri, Scherer reunited with Odom, his college coach, in 2019 when he was hired as a graduate assistant.

Scherer played linebacker at Mizzou from 2012-16, totaling 266 tackles, 17.0 tackles for loss, 1.0 sack and one interception, seeing action in 38 games over his four-year career. A knee injury suffered against Middle Tennessee limited him to seven games as a senior after posting back-to-back seasons of 90+ tackles to rank second on the team each season.

Scherer graduated with a bachelor’s degree in business from Missouri in 2016.