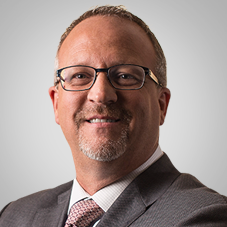 Arkansas women’s basketball has been transformed into a nationally recognized program in just five short years thanks to head coach Mike Neighbors. During his time back home at his alma mater, Neighbors has guided his Hogs to the best five-year period of sustained success in program history. The proof of his success, and the success of his system, lies in the numbers – Neighbors has accumulated 194 wins during his nine seasons as a head coach, one of only two NCAA Division I Head Coaches to do so in nine or fewer seasons.

Entering his sixth season on the bench for Arkansas, the program is coming off its fourth consecutive winning season and second straight NCAA Tournament appearance (would be three had the 2020 NCAA Tournament not have been cancelled due to the COVID-19 pandemic). The Hogs’ NCAA Tournament appearance in 2022 marked the first time since 2003 the program had played in back-to-back NCAA Tournaments (2002 and 2003). Arkansas finished yet another season with one of the most prolific offenses in the Southeastern Conference, leading the league in 3-pointers per game (8.1) and 3-point attempts (810), while finishing second in scoring offense (73.6 PPG). Neighbors’ 2021-22 team was efficient at taking care of the basketball, leading the league in assist/turnover ratio (1.12) and fewest turnovers per game (11.1), which was fourth in the country. The Hogs were just one of six teams in the nation to commit two turnovers in a game (vs. Missouri on Jan. 9, 2022), which led the country.

Under Neighbors’ leadership, Samara Spencer became the first Hog to win SEC Freshman of the Year since 2009, while Amber Ramirez was named an All-SEC Second Team choice and Jersey Wolfenbarger was tabbed to the SEC All-Freshman Team. Ramirez, who played three stellar seasons on the court as a Hog, finished the season second in 3-pointers per game (2.6) and 3-point percentage (40.2), as well as ninth in points per game (15.4) in the SEC. The Hogs were also just one of four SEC schools with 4+ players who averaged double digits (Ramirez [15.4], Makayla Daniels [14.0], Spencer [12.2] and Sasha Goforth [11.5]).

The Hogs have been transformed into a winner in the SEC thanks to Neighbors’ watchful eye. His 2020-21 team helped cement that, as the Razorbacks finished 9-6 in the league, the first time in program history with back-to-back winning seasons since joining the SEC back in 1991. Neighbors’ 2020-21 squad was also at its best when the competition was at its most fierce – becoming the first Razorback squad to beat two top-five teams in the same season, as Arkansas defeated both No. 4 Baylor and No. 3 UConn. Their win against Baylor was the first top-five win for the program since 2003, and its first win against a defending national champion since 1996. Neighbors’ Hogs accomplished all this in the midst of the COVID-19 pandemic, and during the regular season, played in 26 games, the most in the NCAA. That was not by accident – Neighbors and his staff went the extra mile in how they traveled, practiced and managed their team on gameday. The season culminated with the program’s first trip to the NCAA Tournament since 2015, and if not for the COVID-19 pandemic, it would have been the first back-to-back appearances for the program since the 2002 and 2003 NCAA Tournaments.

Neighbors’ functionally fast offensive system continued to hum along during the 2020-21 campaign, as Arkansas finished fourth in the NCAA in scoring offense, pouring in 82.3 points per game. The Razorback attack was powered by its three main principles – getting to the free throw line, hitting threes and not turning the ball over. The Hogs were elite in all three areas, as Neighbors’ 20-21 squad was second in the nation in free throws made (468), seventh in three-pointers made (267) while finishing third in fewest turnovers per game (10.8). There was perhaps no better example of the knockout power of an offense designed to give Arkansas a puncher’s chance than the Hogs’ 90-87 upset of UConn. Arkansas’ 90-point outburst was the most surrendered by a UConn team since 2001, while their 52 percent mark from the field in the game was the best against the Huskies since 2011.

The Hog offense was piloted by a three-headed monster at the guard position, as Neighbors got the most out of Chelsea Dungee, Ramirez and grad transfer Destiny Slocum. For Dungee, the 2020-21 season is among the greatest ever put to hardwood by a Razorback Women’s Basketball player. She flourished as the “Dragon” in Neighbors’ system, averaging 22.3 points per game, the second best single-season mark in program history, while also finishing her career with 2,147 points, the highest collegiate total by any Arkansas Women’s Basketball player ever. Dungee was showered with accolades following the season, including a spot on the WBCA’s 10-person All-America Team, and a spot on both the AP All-American Team (Third Team) and the US Basketball Writers Association All-American Team (Third Team). She also earned a spot on the SEC’s First Team All-Conference. Ramirez, meanwhile, continued her rise during her second season on the Hill, leading the squad in both three-pointers made (77) and three point percentage (43.5). The sharpshooter averaged 13.5 points per game during her encore season on the Hill, good for 22nd in the SEC. As for Slocum, she fit right in during her lone season at Arkansas, playing both lead guard and off the ball for Neighbors. She finished 14th in the SEC in scoring (15.0) while also leading the Hogs in assists (106) during her only season in Fayetteville. Slocum, despite playing in a completely new system, was named a WBCA All-American Honorable Mention and a Second Team All-SEC player.

Neighbors is no stranger to elite talent, though, and has developed a reputation as a coach that prepares players for the next level as a head coach. The Head Hog had three players he coached drafted in the 2021 WNBA Draft – Dungee, who went fifth to the Dallas Wings, matching the highest Razorback selection in program history; Slocum, who went 14th to the Las Vegas Aces; and Arizona guard and NCAA Tournament star Aari McDonald – a player Neighbors recruited and coached at the University of Washington – who was drafted third overall to the Atlanta Dream. He also had three of his players at Washington drafted into the WNBA over a four-year period, highlighted by Kelsey Plum, who was the No. 1 Overall Pick in the 2017 WNBA Draft. Plum’s college resume is one of the greatest in the history of the sport, as she became the NCAA’s all-time leading scorer and swept all 10 of College Basketball’s National Player of the Year awards in 2017. Former assistant coach Chantel Osahor (21st overall in 2017) and Talia Walton (29th overall in 2016) were also drafted into the league following their collegiate playing days under Neighbors. Neighbors’ six players drafted in his eight years as a head coach is the most by any NCAA Division I head coach that has headed a program eight years or fewer.

During his third season as the head coach at Arkansas, Neighbors put together the best year for the Hogs ever in the Southeastern Conference, as his 2019-20 Hogs became the only squad to ever win 12 games in the SEC between the regular season and the conference tournament. The 2019-20 team was also one of just two teams to ever win 10 games in the league, while also becoming one of just four Razorback teams in the SEC era to finish above .500 in conference play. With their 10-6 record in 2020, the Hogs finished tied for third place in the conference, the best-ever conference finish for Arkansas Women’s Basketball. If not for the shortened season, Neighbors would have guided his Hogs back to the NCAA Tournament.

The Hogs would instead finish their season at the SEC Tournament, where they would once again make history. In their first game, they would match their own program record, and break the SEC Tournament record, for threes in a game, hitting 17 of them against Auburn. They would then stun No. 15 Texas A&M for the second year in a row, storming back from 17 down to beat the Aggies, 67-66.

Neighbors’ second season at the helm was one of the most dynamic seasons in program history, as his 2018-19 Hogs became one of just four Razorback squads since the turn of the century to win at least 22 games. The group capped off the season with an unprecedented run through the SEC Tournament, advancing to the Championship Game after reeling off wins against Georgia, No. 12 South Carolina and No. 15 Texas A&M. Their win against A&M was one of the most shocking in the history of Arkansas Women’s Basketball, as the Hogs went on a 17-0 over the final 6:30 of the game to complete the 16-point comeback.

Though they would narrowly miss the NCAA Tournament following the program’s first-ever appearance in the SEC Title Game, Neighbors’ team did earn a bid in the 2019 WNIT, where they would beat Houston and UAB before falling to TCU in round three.

Prior to his homecoming, Neighbors guided Washington to four seasons of unprecedented success, highlighted by the 2016 NCAA Final Four and two NCAA Sweet 16 appearances. Named the program’s head coach after two years as an assistant, Neighbors led the Huskies to a 98-41 record that was fueled by three consecutive 23-plus win seasons and included four postseason appearances (3 NCAA, 1 WNIT). His stellar work with the Huskies didn’t go unnoticed, as Neighbors was a Werner Ladder Naismith National Coach of the Year Semifinalist in 2017.

Before that, Neighbors was hired by Xavier head coach Kevin McGuff in time for the 2007-08 season, using his time with Musketeers to learn from McGuff about being the man in charge.

During his tenure at Xavier, Neighbors was part of a staff that compiled a 108-22 record, captured three A-10 Tournaments, three A-10 Regular Season Championship Teams and competed in four straight NCAA Tournaments. For his efforts, Neighbors was selected as one of the best assistant coaches in the country, becoming one of five recipients for the BasketballScoop.com and ONS Performance Rising Star award in 2009. In what was the pair’s best season together, Neighbors’ and McGuff’s Musketeers posted a 30-4 record, including a flawless 14-0 season in Atlantic-10 Conference play before advancing all the way to the Elite Eight, narrowly falling to national runner-up Stanford. Xavier ended that season ranked No. 5 in the polls, the best final ranking in program history and the best finish by a mid-major team in the polls this century.

Part of the reason for Xavier’s success was due to the program’s ability to recruit – an effort that was greatly aided by Neighbors’ presence. While in Cincinnati, Neighbors landed four McDonald’s All-Americans – Harris, Phillips, Amber Gray and Dee Dee Jernigan.

A native of Greenwood, Ark., Neighbors received his associate degree at U of A Fort Smith and his bachelor’s degree from the University of Arkansas in 1993. Following his graduation, Neighbors went onto coach in the high school ranks, as he coached at both Cabot and Bentonville. His Bentonville High School team completed a historic turnaround under his watchful eye: his first team finished 1-24, but by year three, they were competing for a state championship.

Following his run as a high school coach, Neighbors became the Director of Basketball Operations for the Razorbacks, serving under legendary coach Gary Blair, who won the NCAA Championship in 2011 with Texas A&M. Neighbors also spent time as an assistant coach on Kathy McConnell-Miller’s staff at Tulsa and Colorado, before returning to Arkansas as an assistant under Susie Gardner.