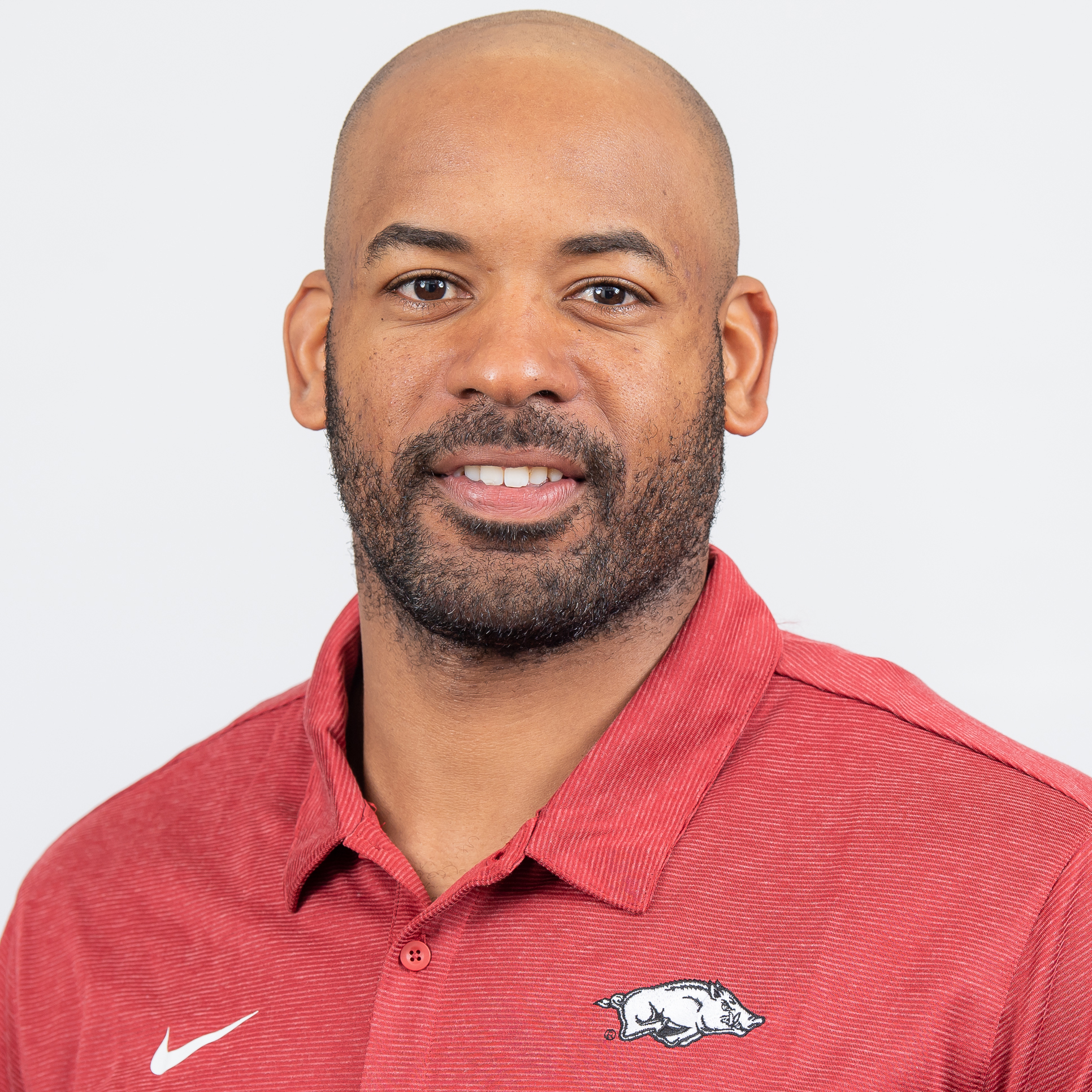 Sam Carter enters his second season as the Razorbacks’ cornerbacks coach in 2021.

In year one under Carter’s tutelage, Arkansas’ secondary quickly displayed its prowess as a talented ballhawking group. The Hogs’ 13 interceptions during the season were second most in the SEC and 13th most in FBS. The Razorback defensive backfield featured the nation’s only freshman duo to record multiple interceptions in Hudson Clark (3) and Jalen Catalon (3).

Carter joined the Hogs from Missouri where he served as a defensive quality control and analyst for Barry Odom, now the Razorbacks’ defensive coordinator.

Carter helped the Tigers’ defense rank as one of the best in the nation, particularly in the secondary, in 2019. Missouri’s pass defense ranked sixth in the FBS and second in the Southeastern Conference allowing only 179.3 yards per game. The Tigers were even tougher with the ball in the air, leading the nation by allowing opponents to complete just 50.3% of passes for 2,151 yards – seventh fewest in FBS.

Mizzou had four players inside the SEC’s top 25 of passes defended, including three defensive backs in Joshuah Bledsoe, Khalil Oliver and Tyree Gillespie.

Carter was a standout, All-Big 12 safety at TCU prior to starting his coaching career. The New Orleans native played in 49 games for the Horned Frogs from 2011-14, starting 39 including all 38 over his final three years. As a senior, he was a semifinalist for the Jim Thorpe Award, a Senior CLASS Award finalist and a Senior CLASS Award second-team All-American.