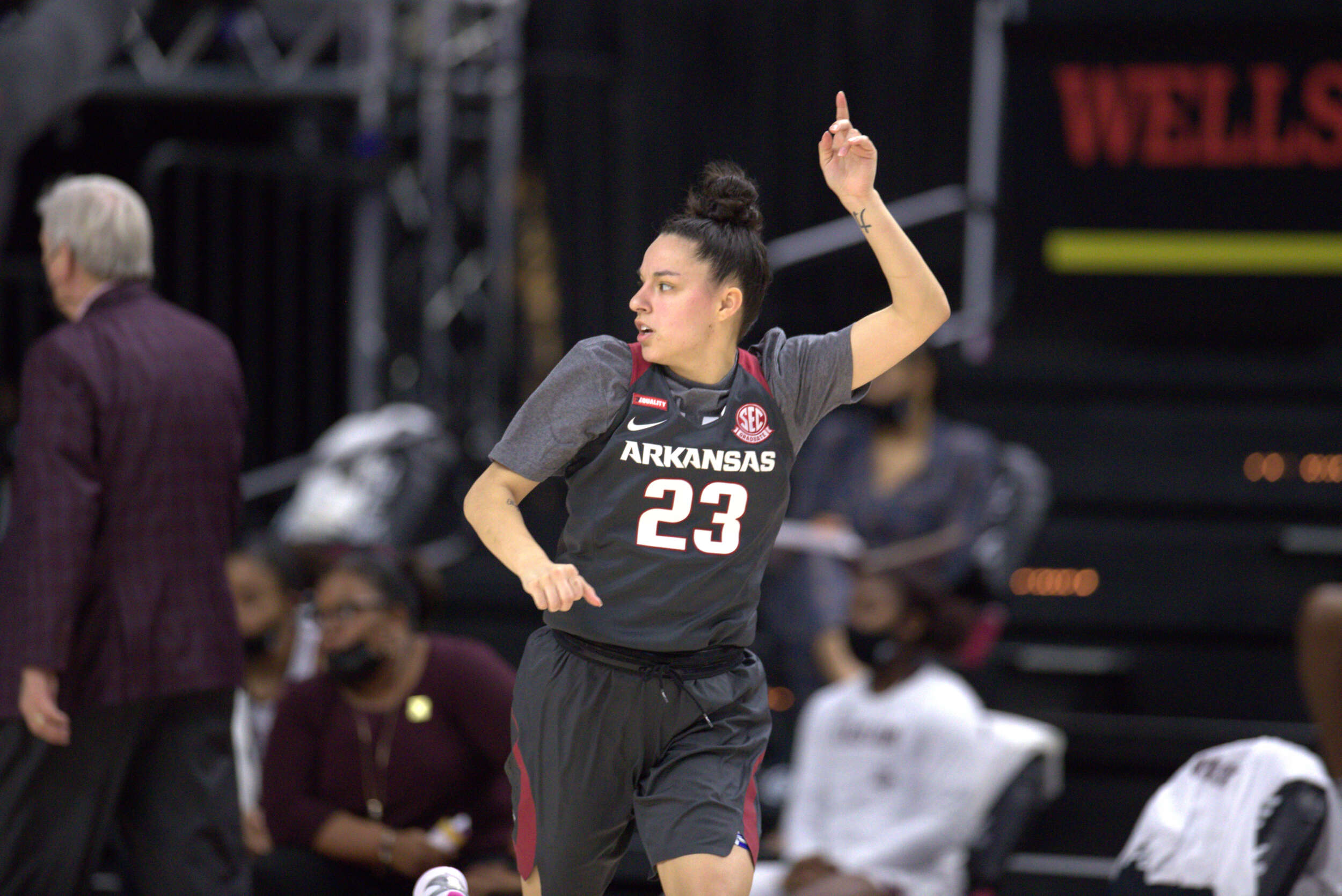 COLLEGE STATION, Texas – For the second time this season, a neck-and-neck matchup between No. 16 Arkansas (14-7, 4-6) and No. 7 Texas A&M (18-1, 9-1) went the way of the Aggies, as A&M took round two, 69-67. Texas A&M guard Jordan Nixon, who hit the game-winning layup in the first game this season, did it again Sunday, dropping in the go-ahead layup with eight seconds left that proved to be the dagger.

Arkansas guard Amber Ramirez knocked down five three-pointers in her 21-point performance, the fourth-straight game that Ramirez has hit at least five shots from deep. The Razorbacks had four players score in double figures and forced 17 A&M turnovers in the effort.

In a game that mirrored the first matchup between the two teams this year, there was little to separate the Hogs and the Aggies, especially in the first half. It was a back-and-forth affair with Ramirez and Arkansas senior Chelsea Dungee combining for 16 points, while Kayla Wells led the Aggies with nine points.

The second half was no less tight than the first, as the Razorbacks matched A&M punch-for-punch. It looked like the Aggies might pull away with a surge late in the third quarter, but the Hogs answered with a 12-0 spurt of their own to erase a the deficit and pull even with just under three minutes to go. Ramirez notched a clutch three with under 30 seconds to go, but Nixon won it again on the other end.

Arkansas returns home to take on the Mississippi State Bulldogs on Thursday at 8 p.m. CT. That game will air on the SEC Network.