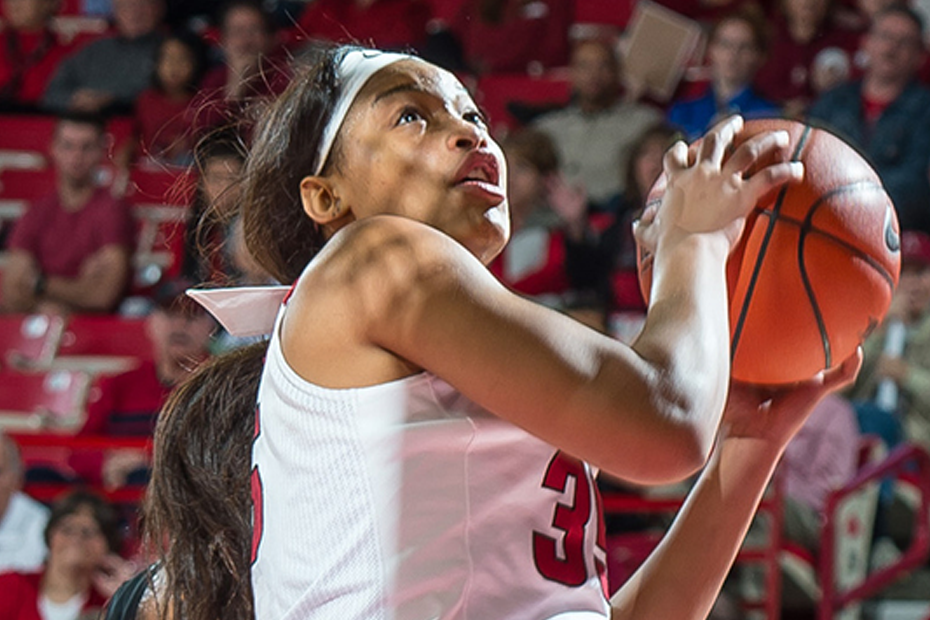 The loss moves Arkansas to 2-5 on the year and is the fifth consecutive loss of the season for the Razorbacks. Missouri State evened its record to 4-4 on the year.

The Razorbacks opened the second half on a 5-0 run with a redoubled energy that swung the game in Arkansas’ favor. The effort saw Arkansas tie the game at 43 at the end of the frame in game that would see 11 ties and nine lead changes in 40 minutes.

But the Lady Bears responded in the fourth period, outscoring Arkansas 26-11to walk away with the win in Bud Walton Arena. Arkansas sent the Lady Bears to the line 23 times with Missouri State scoring 19 points from the charity stripe. The Razorbacks also suffered with 18 turnovers that the Lady Bears turned into 17 points.

Arkansas’ leading scorer, Jessica Jackson, was held to just four points on a 1-for-9 night and Kelsey Brooks dropped in five in 11 minutes of action.

NOTES
• Arkansas Starters: Jessica Jackson, Devin Cosper, Jordan Danberry, Melissa Wolff, Alecia Cooley
• Melissa Wolff has posted double figure rebounds in two games this year and 13 games in her career
• Arkansas started the second half on a 5-0 run
• Alecia Cooley scored in double figures for the second time in her Razorback career
• Alecia Cooley recorded her first double-double as a Razorback with 12 points and 10 rebounds
• Freshman Devin Cosper scored double figures for the first time in her collegiate career
• Arkansas falls to 21-7 all-time against Missouri State
• The Lady Bears’ win snaps a four-game winning streak over Missouri State by Arkansas

UP NEXT
The Razorbacks travel to Rutgers Sunday and return home hosting Oral Roberts Dec. 10 at 8 p.m.