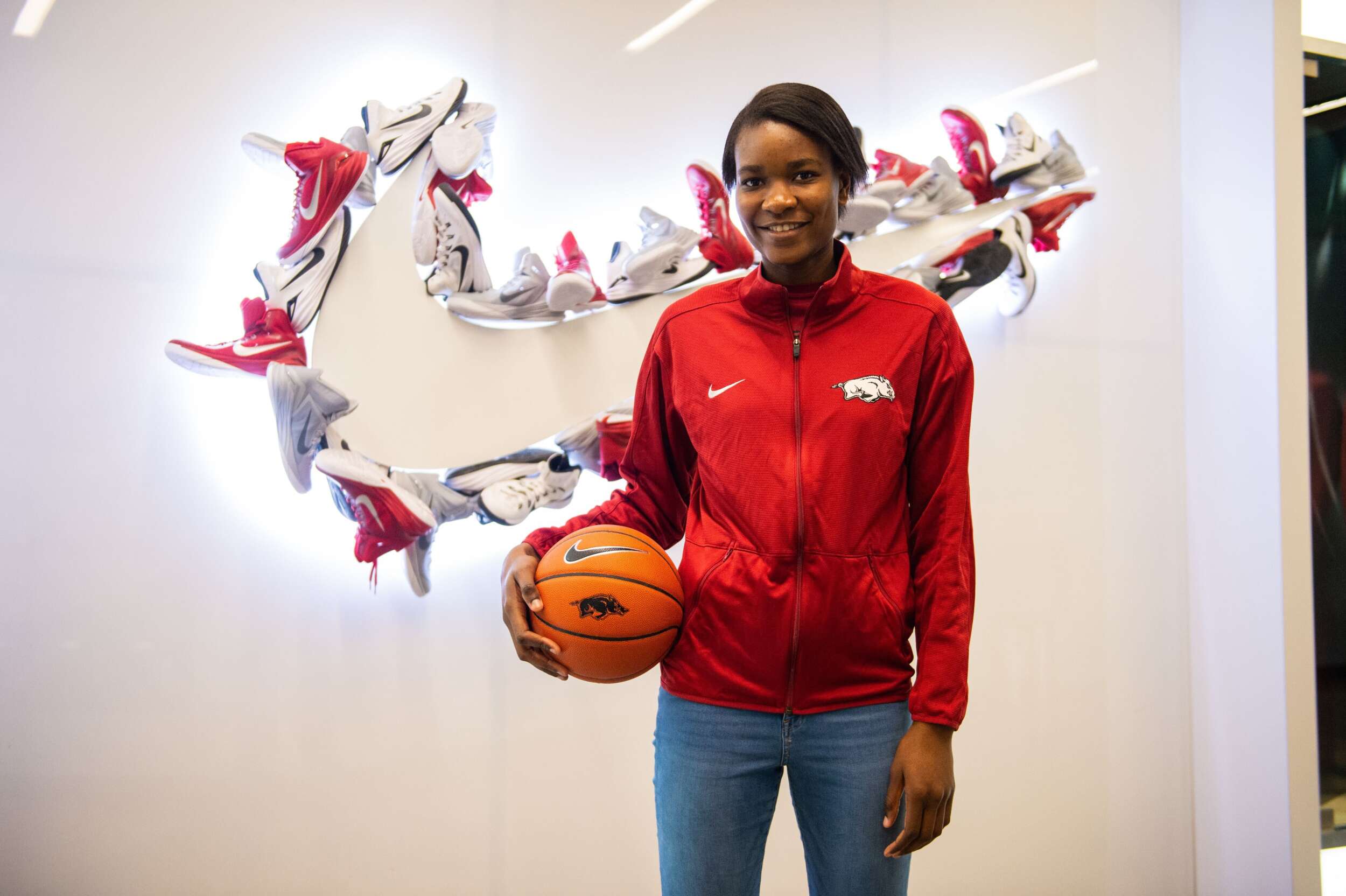 “Maryam becoming a Razorback in the Class of 2021 gives us another outstanding young student-athlete to represent the University of Arkansas,” Neighbors said. “Everyone in this state has seen her lead her Bentonville High School team under Tom Halbmaier to great success. Offensively, she can score on the block and stretch the floor to the three-point line. She’s an 80 percent free throw shooter and is a capable, willing passer. She runs the court like she’s a guard and can finish in transition, making her the perfect fit for our roster. Defensively she changes the game in the lane. She has incredible ability to affect shots with her timing, and she also has a knack for blocking shots without fouling. I have no idea how tall they will list her in the program but she plays taller than whatever that number will be.”

Dauda, the 13th ranked player and top ranked center in ESPN’s HoopGurlz Recruiting Top 100 Rankings, put together a sensational high school career at Bentonville High School. During her senior season, Dauda was dominant, averaging 17 points, 8.1 rebounds and 2.6 blocks per game while shooting 61.5 percent from the field and 41.5 percent from deep. Her junior season was just as good, as she posted averages of 16.6 points, 8.2 rebounds and 2.6 blocks per contest in 28 games. Both her senior and junior seasons were cut short, though. A knee injury prematurely ended her final high school season, while the COVID-19 pandemic shortened her junior season.

For her efforts, Dauda has racked up the accolades during her high school career. The 6-4 post player was a four-time All-Conference selection, a three-time All-State selection, a McDonald’s All-American and a semi-finalist for the Jersey Mike’s National High School Player of the Year Award. She is also the leading scorer, rebounder, and shot blocker in the history of Bentonville High School.

“She’s a warm, caring teammate that turns into a fierce competitor the second she steps on the court,” Neighbors continued. “I can say with some experience we have never had a player like her in a Razorback uniform. And for us, the most exciting part is also what we’ve been saying since we first saw her play – her best basketball is still ahead of her. You don’t often say that about a McDonald’s All American.”

By flipping Dauda, Neighbors has now assembled a roster that features a lot of elite talent from the state of Arkansas. Over the last two recruiting cycles, all four of the state’s top-50 recruits now call Bud Walton Arena home. Redshirt junior Erynn Barnum, the 14th ranked wing player in the 2018 class, and a Little Rock native, and Marquesha Davis, who was a highly touted recruit out of Springdale High School,  are also still on the roster.

Dauda, originally from Nigeria, came to the United State entering her sixth-grade year. She hadn’t played basketball until coming to America.