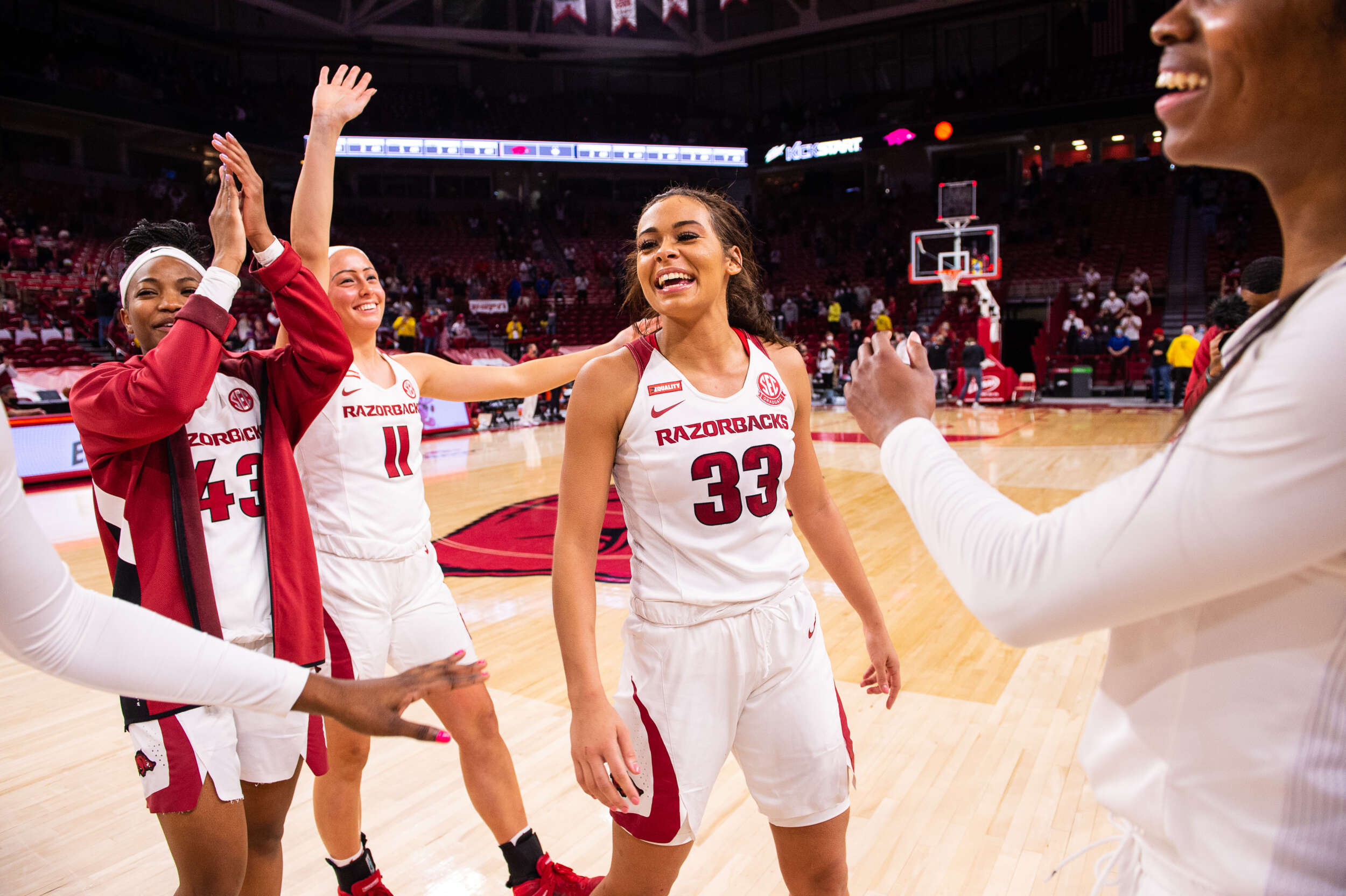 Dungee has cemented her legacy in her final season at Arkansas, putting together her best season on the Hill. Dungee is averaging career-highs in several categories this season, including points per game (22.2), field goal percentage (42.7 percent), and three-point percentage (38.2 percent). She has scored 20+ in 17 of her 26 games played this season, and has gone for 30 or more points in four contests. Dungee’s consistency this season has been remarkable – the Sapulpa, Okla. native has scored in double figures in all 26 games this season, and has scored 10 or more in 31 games dating back to the end of last season, the longest such streak of her career. All that scoring added up, as Dungee now has 2,120 career points, the highest collegiate total of any Razorback Women’s Basketball player ever.

When the lights were brightest, Dungee always seemed to be at her best. Against teams currently in the top-10 of the AP Poll this season, Dungee has been electric, averaging 22.0 points per game on 45.7 percent shooting and 43.3 percent from deep. In the Hogs’ two ranked wins this season, Dungee has been nearly unstoppable, averaging 29.5 points per game, while shooting 56 percent from the field and 44 percent from three. In a year full of memorable performances from the Arkansas guard, her showing against UConn stands out, as she dropped 37 points on the Huskies, the most by any single player against them this century.

All balloted players have been certified by their university to meet or exceed the qualifications for the Wooden Award as set forth by Coach Wooden when the Award was established. The qualifications include: candidates must exhibit strength of character, both on and off the court; candidates must be full-time students in an accredited NCAA college or university; candidates must be making progress toward graduation and have a cumulative 2.00 grade point average since enrolling in their school; candidates must contribute to team effort; candidates must excel in both offense and defense; and candidates should be considered on their performance over the course of the entire season. Voting will take place from March 16th to March 23rd, and voters take into consideration a player’s entire season of play, as well as the opening rounds of the NCAA Tournament. The finalists for the 2021 Wooden Award presented by Wendy’s will be announced on March 26th .