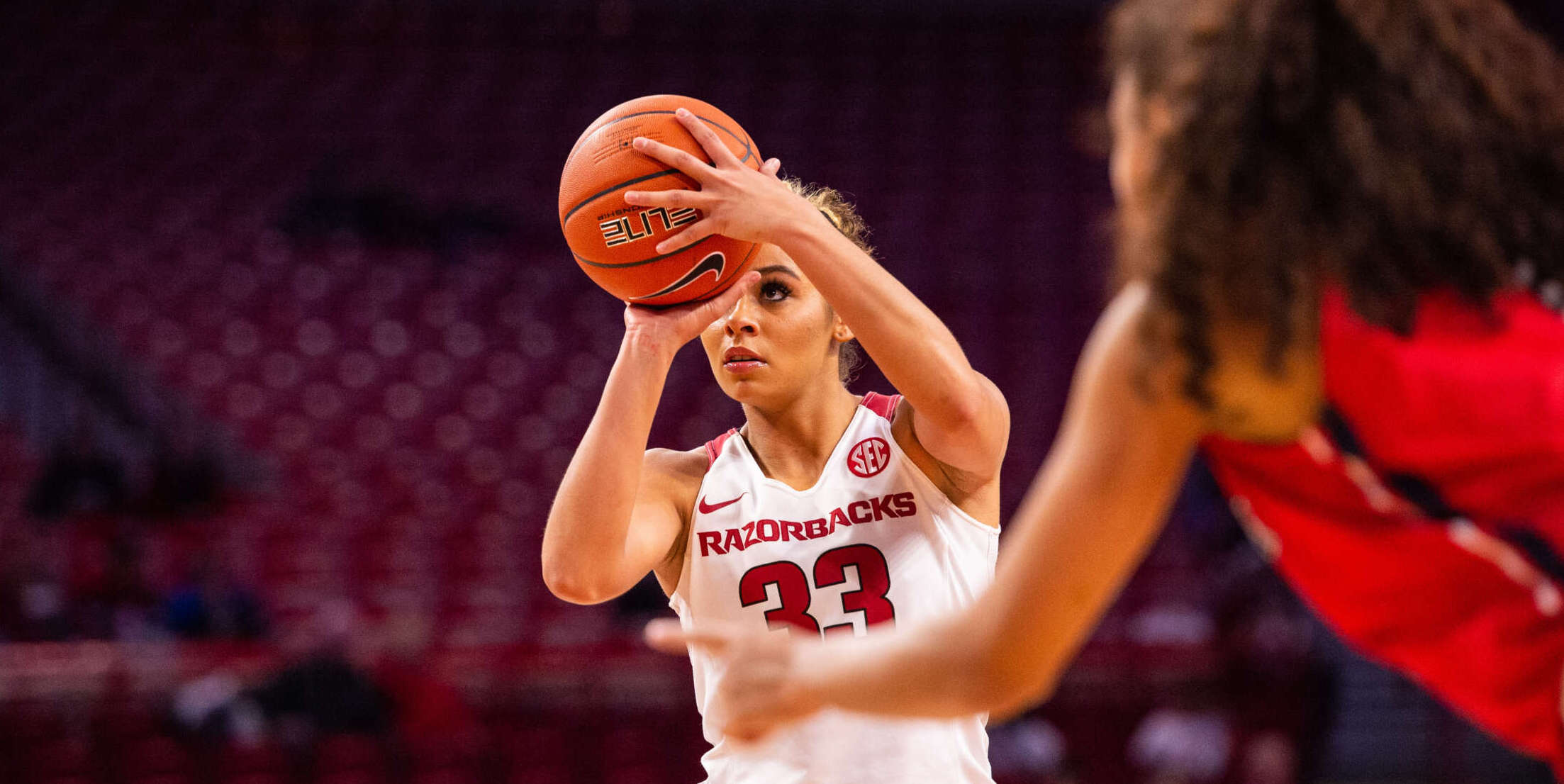 INDIANAPOLIS – Chelsea Dungee has been selected to the Rocket Mortgage Women’s 3-Point Championship roster for the 32nd annual State Farm College Slam Dunk & 3-Point Championships, announced today. The event will take place at Hinkle Fieldhouse on the Butler University Campus in Indianapolis on Thursday, April 1. Dungee is one of eight players selected for the event that will air live on ESPN2 at 9 p.m. ET.

Dungee comes into the event after shooting a career-best 38.7 percent from beyond the arc during her senior season. The accolades have started to pile up for the Razorback guard, as she has earned a spot on the AP’s Third Team All-America, the All-SEC First Team, and a spot on the WBCA All-American Regional Finalist list. Dungee also declared for the WNBA Draft, where she has been projected to go in the first round.

A complete roster of participants will be released at a later date.