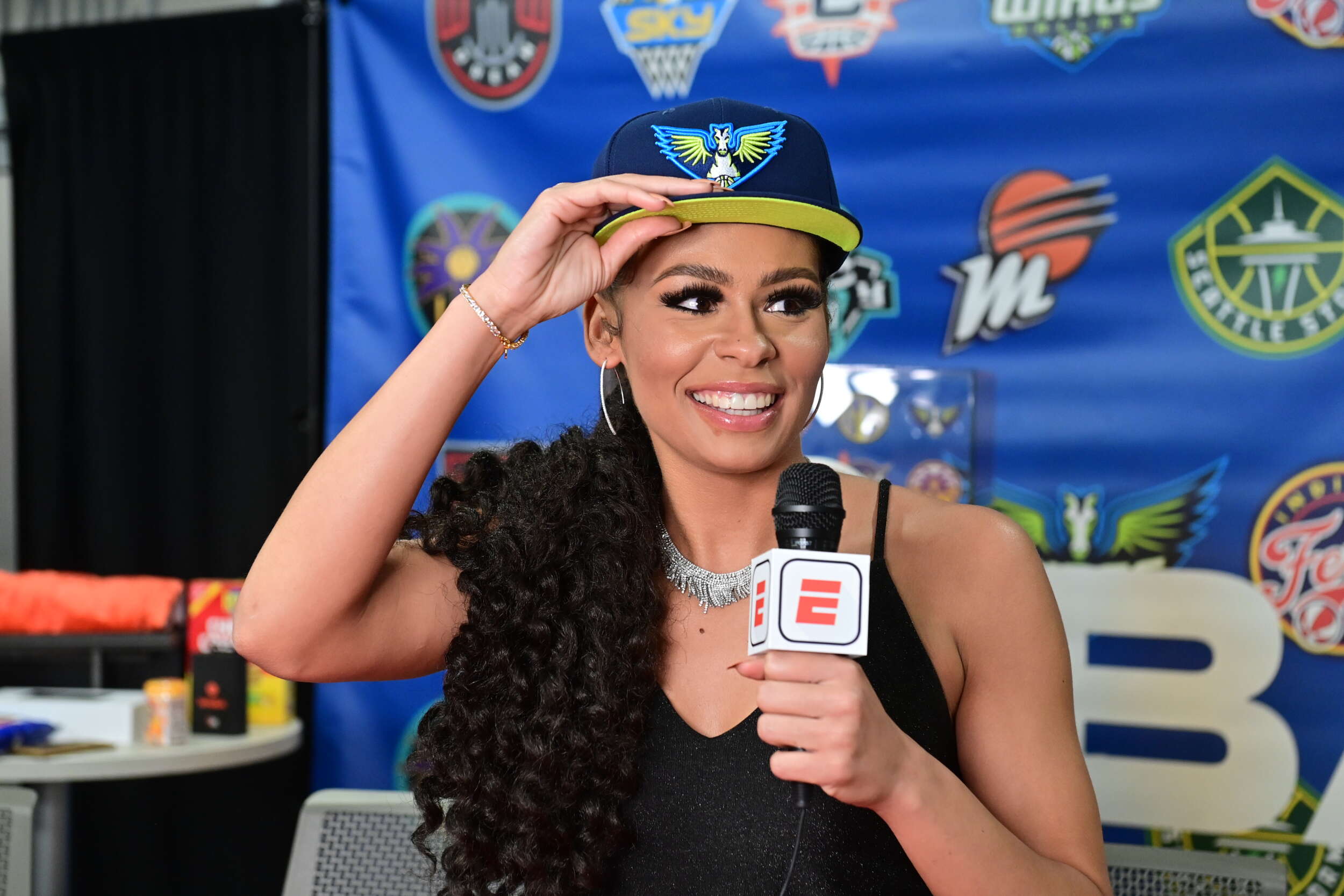 FAYETTEVILLE, Ark. – Two former Razorback guards were taken in the first 15 picks of Thursday night’s 2021 WNBA Draft, as Chelsea Dungee was taken with the fifth pick by the Dallas Wings, while Destiny Slocum was taken 14th by the Las Vegas Aces. It was the first time in program history two Arkansas Women’s Basketball players were taken in the same draft, and the first draft since 2012 in which a former Hog was selected.

With the third of their first-round picks, the Wings took Dungee, who became the highest drafted Razorback since 2004, when Shameka Christon was taken fifth overall by the New York Liberty. Dungee will join former Texas center Charli Collier, Finnish forward Awak Kuier and former Louisville guard Dana Evans to form a highly intriguing draft class for the Wings. The quartet will pair up with the WNBA’s leading scorer from last season, Arike Ogunbowale, to form the Wings’ young core. Dallas will open up the WNBA season on Friday, May 14, when they will play the Los Angeles Sparks in the City of Angels.

With her selection, Dungee put a bow on one of the greatest Razorback women’s basketball careers of all time. Dungee finished the 2020-21 season as one of only 10 WBCA All-Americans, a Third Team AP All-American, a USBWA Third Team All-American, and a First Team All-SEC selection. Dungee averaged career-highs in several categories this season, including points per game (22.3), field goal percentage (42.4 percent), and three-point percentage (38.7 percent). During the 2020-21 season, Dungee scored 20+ in 18 of her 27 games played, and went for 30 or more points in four contests. Dungee’s consistency scoring the ball was remarkable during the 20-21 campaign – the Sapulpa, Okla. native scored in double figures in all 27 of her games this season, and scored 10 or more in 32 games dating back to the end of last season, the longest such streak of her career. All that scoring added up, as Dungee finished her collegiate career with 2,147 points, the highest collegiate total of any Razorback Women’s Basketball player ever.

Slocum, meanwhile, will join an Aces squad that is ready to win now, coming off a WNBA Finals appearance last season. The one-year Hog could actually end up backing up Kelsey Plum, who is on the women’s basketball staff as a Graduate Assistant. Slocum, who was taken just two picks into the second round, joins French forward Iliana Rupert as part of a draft class that is ready to help the Aces claim the WNBA title a year after coming up just short. The Aces will open up their season on May 15 in a rematch of the aforementioned Finals, as they will head to Seattle to take on the defending champion Storm.

Despite only playing at Arkansas for one year, Slocum left her mark on the program. As a WBCA All-American Honorable Mention and a Second Team All-SEC selection, her impact on the court was not overlooked. Slocum, who earned All-Conference honors in the Big 10 (Maryland), the Pac-12 (Oregon State 2x) and the SEC during her illustrious college career, was second on the team in scoring (15.0 points per game), while leading the Hogs in assists (3.9 assists per game). She scored in double-figures in 23 of her 27 games played at Arkansas, and went for 20+ in five games this season, including three times in her final six games of the regular season. Like Dungee, Slocum was even better in SEC play, upping her scoring average (15.9) and her assists per game average (4.5). The Oregon State transfer’s elite decision making was also on display during league play, as her 2.3 assist-to-turnover ratio was the third best mark in the SEC.

For Head Coach Mike Neighbors, his resume continues to sparkle in terms of developing professional players. Since becoming a head coach, Neighbors has had six players he coached drafted, including three tonight (Dungee, Slocum and Aari McDonald of Arizona). Three of those players – Plum, Dungee and McDonald – went in the top-five of their respective drafts. Current Hog assistant coach Chantel Osahor and Talia Walton were also drafted on Neighbors’ watch while he was at the University of Washington.