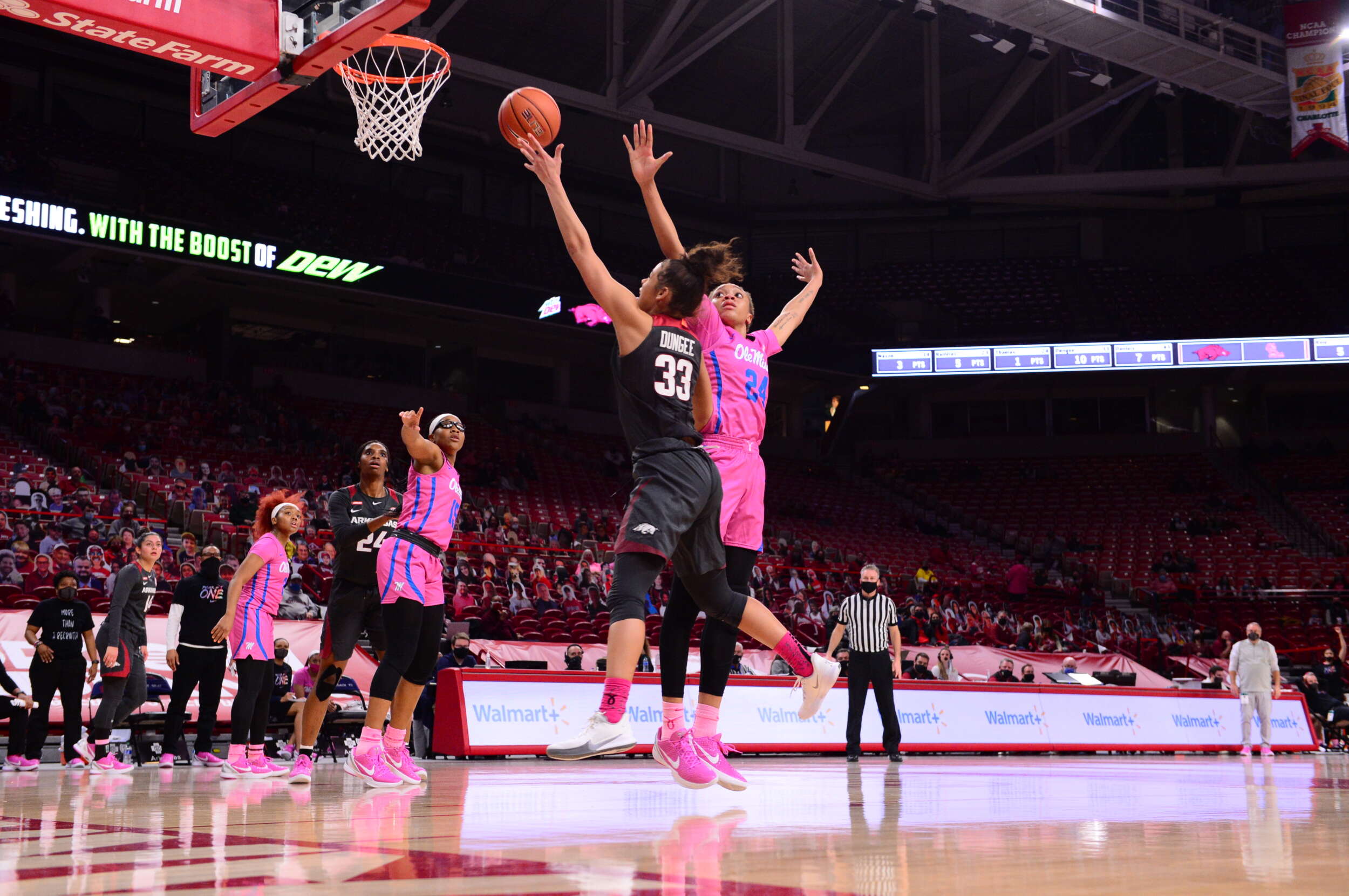 Arkansas guard Chelsea Dungee was at it again against the Rebels, exploding for a season-high 38 points, making 11 of her 22 shot attempts, while also putting in 14 of her 17 free throws. It was her fourth game this season going for 30+ points, and the fifth time in her career going for 37 or more. Her performance also broke a tie with former Men’s Basketball Star Mason Jones for the most 37+ point performances by a player, man or woman, ever put on in Bud Walton Arena.

Dungee and Amber Ramirez were hot from the start, both recording double-digit points in the first half. Dungee went for 18, while Ramirez chipped in with 10. An 11-0 Arkansas run in the first quarter shifted the momentum in the Hogs’ favor early, with the home squad knocking down 55 percent of their first-half shots. The Razorbacks forced 12 Rebel turnovers in the opening two frames to help Arkansas secure a 41-36 lead going into the locker room.

The second half started much like the first, as Arkansas tallied six quick points to start the final 20 minutes. Dungee pounded the paint, drawing six fouls for 11 free throws in the second half alone, knocking down nine of them. The Rebels had a surge of their own, though, drawing multiple three-point plays in the fourth quarter to try to draw even with the Hogs, but Arkansas kept the pressure on, courtesy of a couple of big buckets by Erynn Barnum and Marquesha Davis down the stretch.

Arkansas will be back in action on Sunday, heading to the Bayou to take on the LSU Tigers. Tip is scheduled for 5 p.m. CT, and the game will be broadcast on the SEC Network.