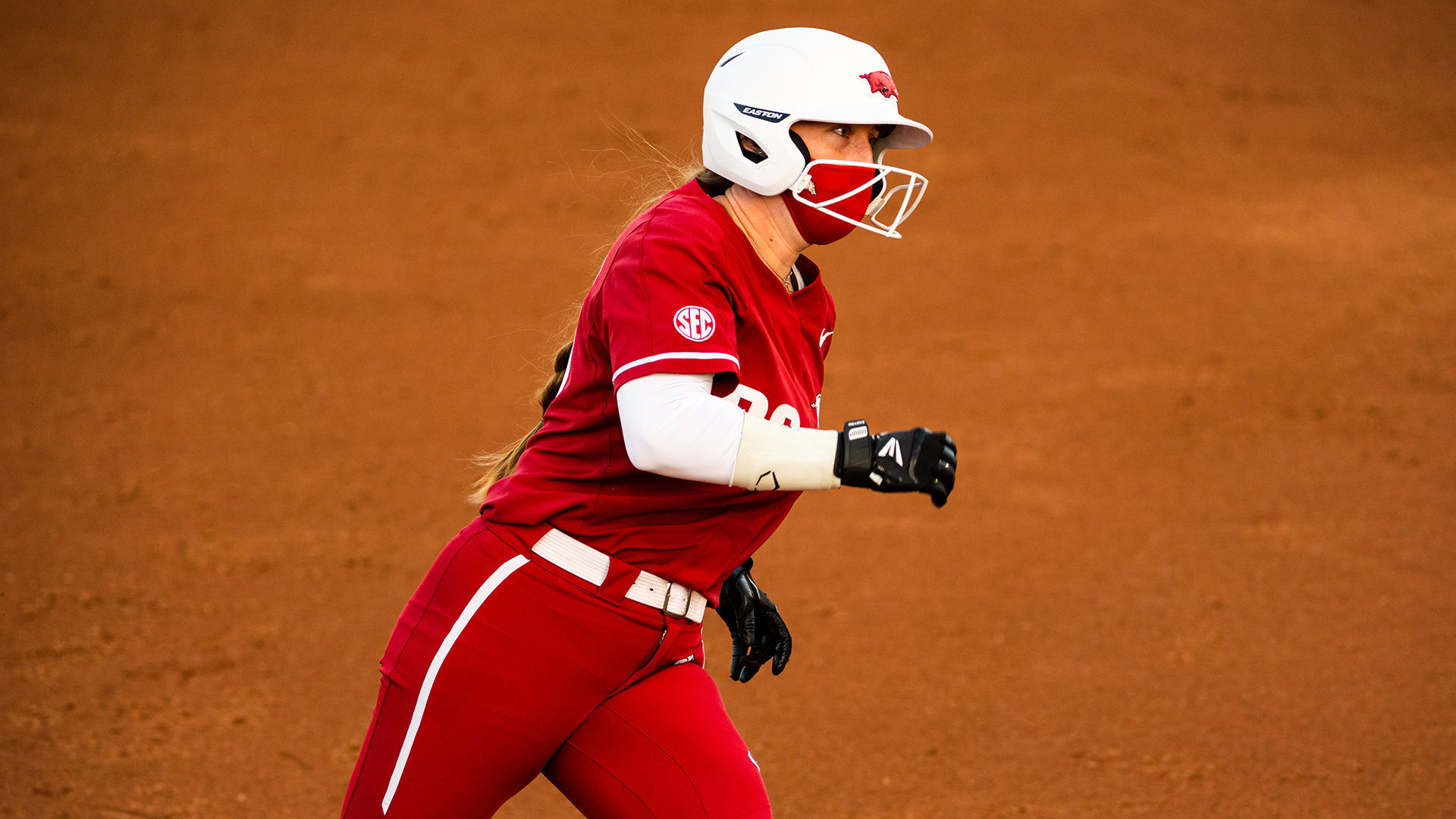 Early Runs Propel No. 15 Arkansas to Win at Kansas

LAWRENCE, Kan. – Arkansas hung two crooked run innings in the first and second to grab an early lead and defeat Kansas, 7-4, at Arrocha Ballpark in Lawrence on Wednesday evening. The Razorbacks (25-3) swept the two-game season series against the Jayhawks (16-9) after winning 8-3 on March 5 in Fayetteville.

The Razorbacks scored two runs in the first inning by taking advantage of two Jayhawk errors. Outfielder Sam Torres led off the game reaching via an error by the first baseman and advanced to third after singles by McEwen and Burnside. Catcher Kayla Green skied a sacrifice fly to right, scoring Torres and advancing McEwen to third. A dropped popup by the second baseman gave Arkansas to a 2-0 lead.

Kansas scored a single tally in the bottom of the first on an error, making the score 2-1. Torres kickstarted a two out rally doubling to right center and hustled to score from second on McEwen’s floating base hit to the right side. Burnside followed, mashing her 16th homer of the season to left putting Arkansas up, 5-1. Burnside is one home run away from tying Nicole Schroeder (2017) for the single-season program record of 17 jacks.

Manzo singled home Green in the fourth, increasing Arkansas’ lead to 6-1. Kansas would not go away, and cut its deficit in half, whacking a two out, two-run home run to left in the bottom half of the inning. The Jayhawks hit their second home run of the game, a solo shot in the bottom of the sixth, to draw within two at 6-4.

Malkin got the run back for the Razorbacks, walloping her 10th homer of the season on the first pitch of the seventh inning, making the score 7-4.

Pitcher Mary Haff (15-2) continued to build on her nation-leading win total and struck out nine in 6.0 innings of work. Haff allowed three hits, one walk, one hit by pitch and four runs, with three earned. Autumn Storms (1) registered her first save of the season, throwing the final frame and allowed a walk, but erased it, inducing a game-ending double play. Kasey Hamilton (3-4) tossed all 7.0 innings for Kansas with seven runs allowed and three earned. She surrendered 11 hits with three walks and four strikeouts.

Arkansas returns home to host a three-game SEC series against Mississippi State this weekend, beginning with a 6 p.m. first pitch on Friday, March 26 on SEC Network+.