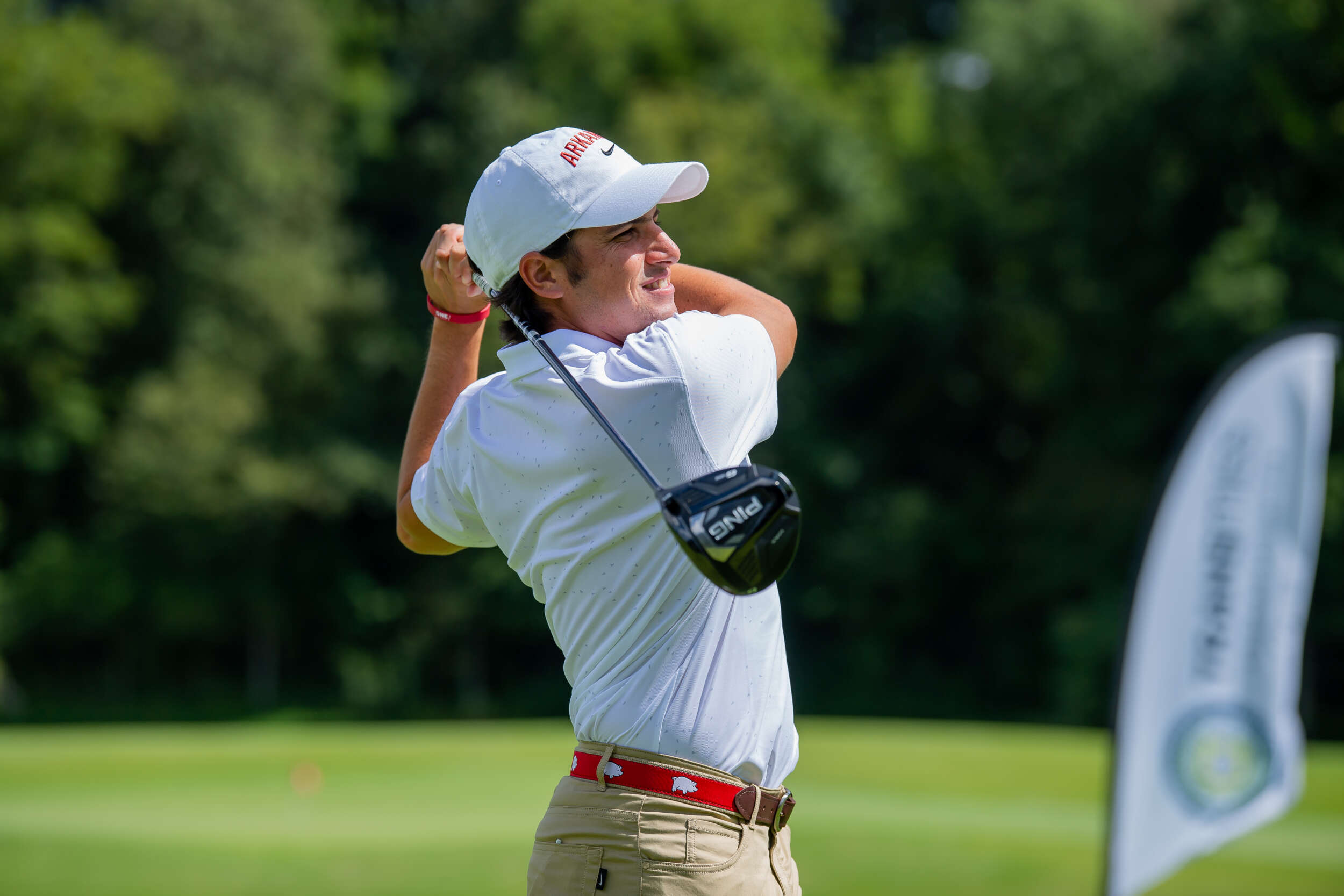 PEBBLE BEACH, Calif. – Mateo Fernandez de Oliveira birdied his final hole of round two at the Carmel Cup Saturday to give the junior a 68 – tying his second-best collegiate round – and moving him up seven places into a tie for second after 36 holes with a 6-under-par score of 138 (70-68).

Fernandez de Oliveira was 4-under after 11 holes with four birdies and seven pars. He dropped a pair of shots on holes 12 and 13 but bounced back with birdies on holes 15 and 18 for his 4-under-par round of 68.

Round one leader Trent Phillips shot a 2-under 70 on Saturday to hold his lead. The Georgia product is 8-under and leads by two strokes over Fernandez de Oliveira and Oklahoma’s Logan McAllister.

The third and final round is set for Sunday. 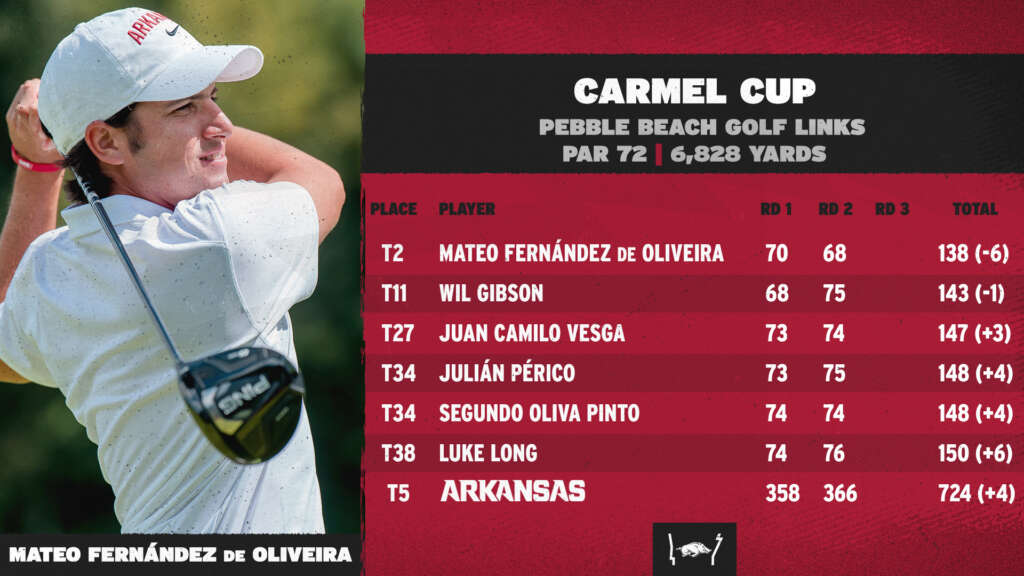