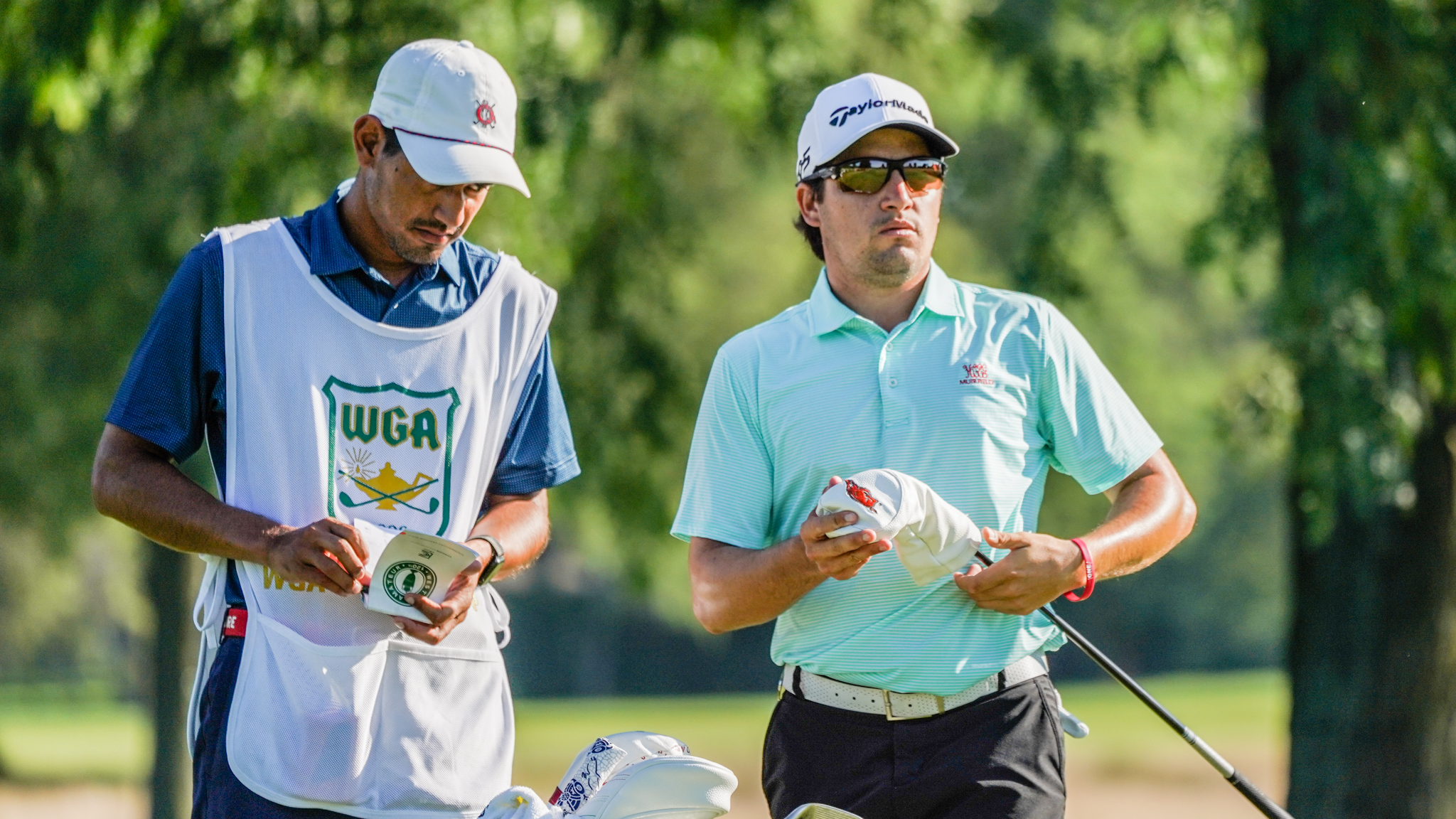 In the match play portion, Fernandez de Oliveira lost his first hole played in the opening Round of 16, won three of the next four holes and did not give up the lead until the 12th hole of his championship round.

As he did in the morning semis, Fernandez de Oliveira also grabbed an early lead in the afternoon championship match versus Greaser, a two-time All-American at the University of North Carolina and 2021 U.S. Amateur runner-up. Fernandez de Oliveira won the opening hole and chipped in for birdie out the bunker on hole 3 for a 2-Up lead. Greaser cut his deficit in half by winning hole 4 and later squared the match by winning the 8th. Fernandez de Oliveira immediately answered by throwing a dart to 4-feet on the 9th hole and converting the birdie to regain the advantage.

Greaser did not let up for the remainder of the afternoon and finished with a 1-hole margin over Fernandez de Oliveira.

Fernandez de Oliveira is ranked #29 in the World Amateur Golf Championship while Vick is ranked #15 and Greaser #8.

Fernandez de Oliveira and Wil Gibson will play in the U.S. Amateur Championship Aug. 15-21 in Paramus, N.J. Gibson qualified based on his WAGR ranking and Gibson was co-medalist at the Maumelle Qualifier (Desoto Golf Club), shooting 64-69.

In match play, Mateo:
– defeated Florida Gator and WAGR #47 Yuxin Lin, 6&4, in the Rd of 16
– defeated Vanderbilt Commodore and WAGR #22 Cole Sherwood, 3&1, in the quarterfinal
– defeated Texas Longhorn and WAGR #15 Travis Vick, 2&1, in the semifinal

The Western Amateur is not only one of the most prestigious events in the world, but also is perhaps the most grueling events on any level. The event five days long with 18 holes each of the first two days, 36 holes on day three to declare a 72-hole medalist. Match play includes a Round of 16 and quarterfinals on Friday with the semifinals and championship on Saturday.