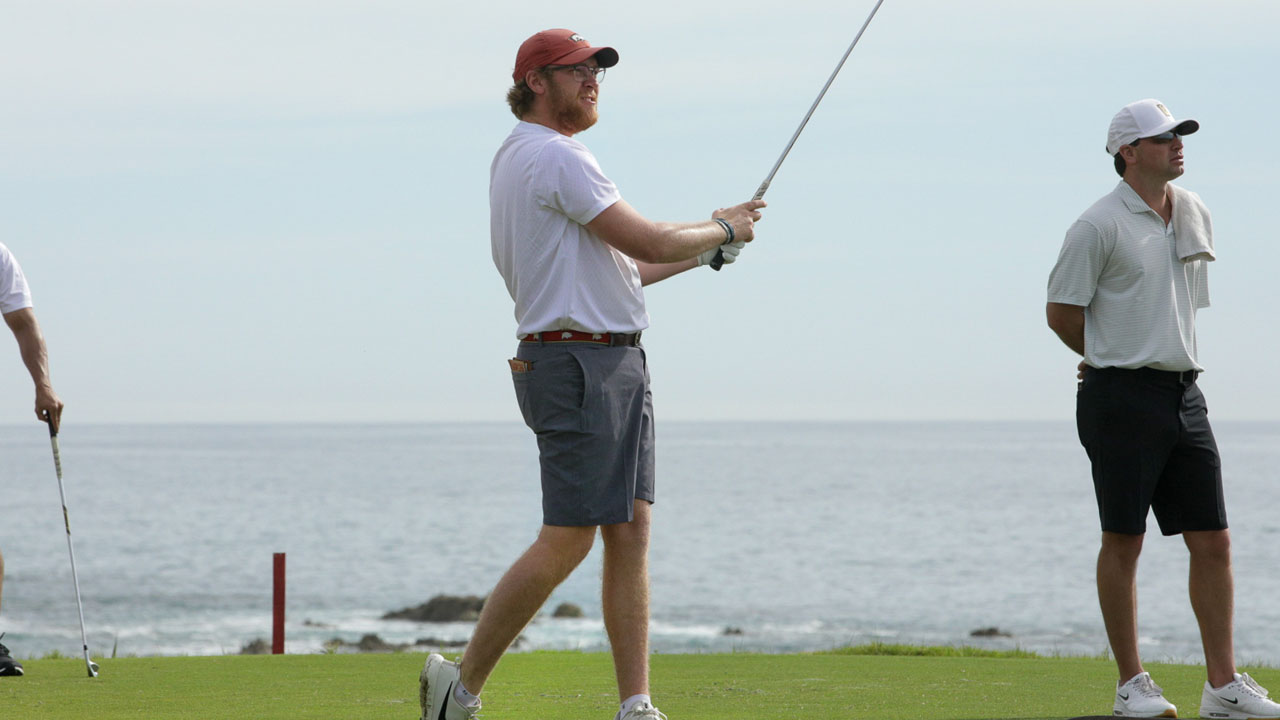 Five Razorbacks Shoot Par or Better on Day 2 in Cabo

Freshman William McDonald, playing as an individual, turned in his third career 69. Julian Perico and William Buhl each carded a 1-under-par 70 and Tyson Reeder and Luis Garza each shot an even-par 71.

Arkansas continues to lead the field in playing the par 3’s (3.06 scoring average) and its 42 birdies over two rounds are the second-best total.

Perico added five birdies in round two and leads the field with 13 birdies over 36 holes. Specifically, the sophomore birdied 4-of-his-last-6 holes Monday. He is also playing the par 3’s with a 2.80 scoring average to rank second-best in the field. Perico finished with a 1-under 70 and is tied for 15th after two rounds with a 3-under-par score of 139.

Buhl, who is second in the field with 28 pars over 36 holes, had 13 pars on Monday to accompany two bogeys and three birdies. He has carded back-to-back rounds of 70 and is tied for 19th with a 2-under-par score of 140.

The final round is set for Tuesday (Mar. 3). 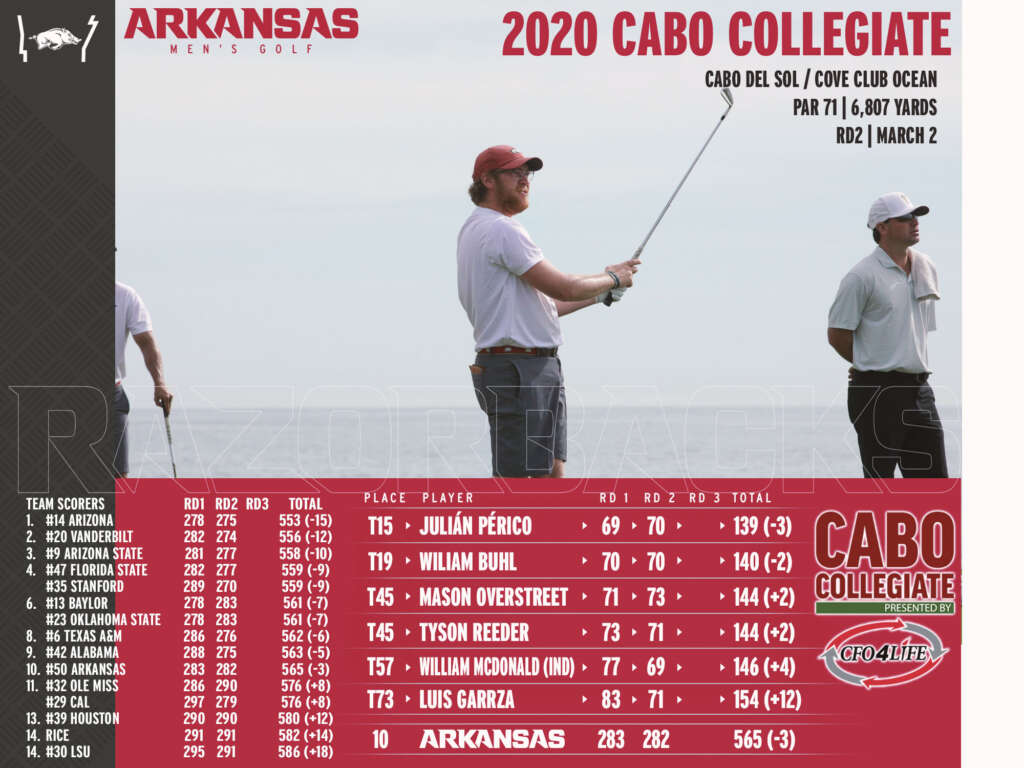