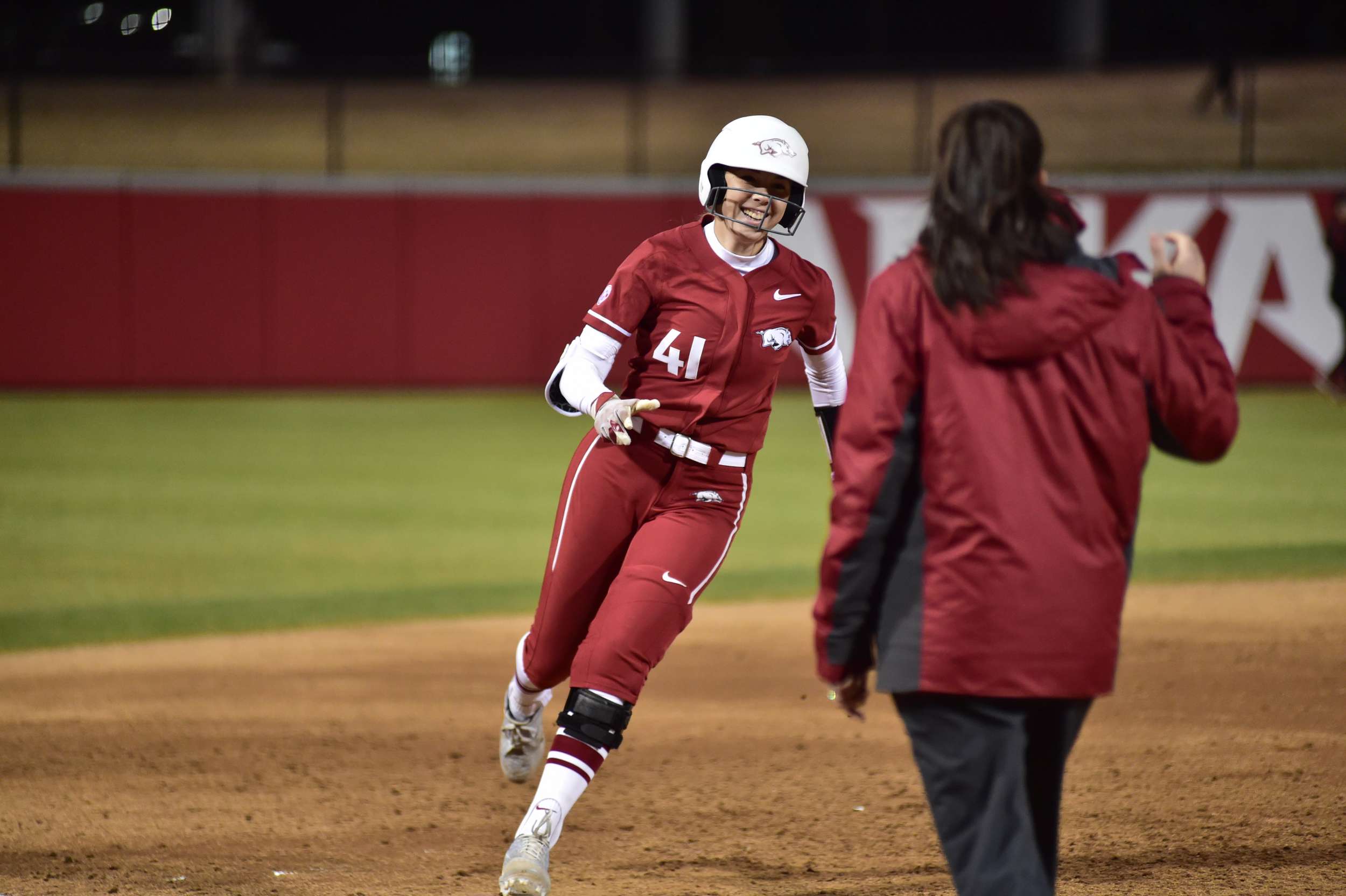 FAYETTEVILLE – Sophomore transfer Danielle Gibson has made her mark on Arkansas softball forever, helping the Razorbacks to a five-inning 15-3 win over SIU-Edwardsville tonight (Feb. 23). Gibson became the first NCAA Division I softball player to hit for the home run cycle – a solo, two-run and three-run home run, and a grand slam – in four innings.

Gibson’s hits were only four of the Hogs’ 15 hits against the Cougars. Headed into today’s games, the Hogs were averaging less than seven runs a game; their 15 runs are the most by the Razorbacks this season.

Arkansas recognized trouble when SIUE opened the first frame with back-to-back extra base hits, pushing the Cougars out to an early 2-0 lead.

The Razorbacks responded with three runs of their own in the bottom of the first, thanks to Gibson’s two-RBI home run that scored teammate Hannah McEwen.

Senior Katie Warrick followed Gibson’s hit with a walk and would later score the third run off the bat of Maggie Hicks and a well-executed sacrifice hit to left field.

Arkansas kept rolling them in, scoring four and five runs in the second and third innings respectively. Gibson’s second-inning home run scored both Haydi Bugarin and Sydney Parr after the duo reached on consecutive base hits. 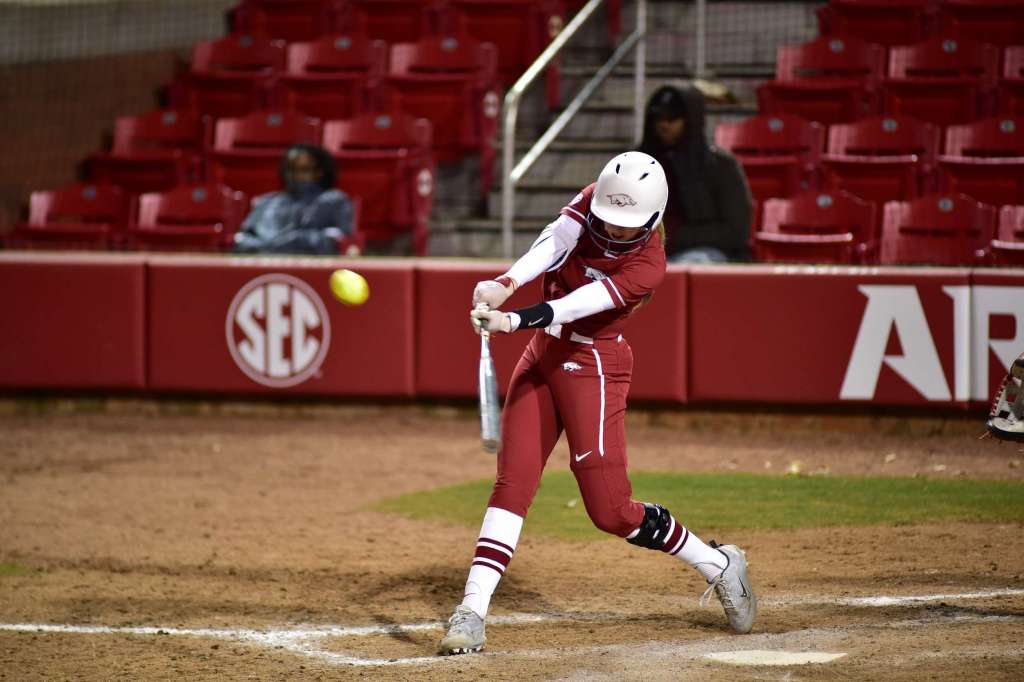 Sophomore catcher Kayla Green did her part in the win as well, with an RBI sacrifice fly to left field, scoring Warrick from third for the second time that night.

The Razorbacks loaded the bases in the third inning for Gibson, and with Bugarin, Parr, and McEwen on base – Gibson soared one out way over the fence, securing her grand slam in poetic fashion and giving the Hogs a 12-3 lead over the Cougars.

The fourth inning brought more theatrics to Bogle Park as juniors Ryan Jackson and Aly Manzo teamed up for back-to-back triples to right field both taking the second pitch from SIUE’s Corrina Rivas deep down the line.

After Manzo scored on a wild pitch, Gibson stepped up and did the unthinkable, unleashing on her fourth and final trip around the bases, this time a solo home run on a 3-1 count.

The 12-run victory was the Hog’s second match of the day, after battling Drake and dropping the match up, 3-1.

Arkansas struggled offensive against the Bulldogs, whose starting pitcher, Nicole Newman threw a complete seven innings, striking out 11 Hogs and giving up only three hits.

The Hogs’ lone run came in the fifth inning, when sophomore second baseman Nicole Duncan led off with a hit-by-pitch call and scored off the bat of McEwen whose hard-hit ball to right center was just out of reach for the Bulldog defense.

Arkansas returns to Bogle Park on Sunday (Feb. 24) to close out the Razorback Invitational with a 12:15 pm first pitch against IUPUI. Following this weekend, the Hogs will host the Woo Pig Classic, starting Thursday, February 28th at Bogle Park.

Admission to all home games are free and all seating is general admission.